Newborn kittens and their mum rescued from the freezing cold.

A one-year-old cat and her litter of newborn kittens spent one of the coldest nights of the year sheltering in a garden shed.

The feline family were found in the shed in Neath by a member of the public, who called Cats Protection’s Bridgend Adoption Centre for help. 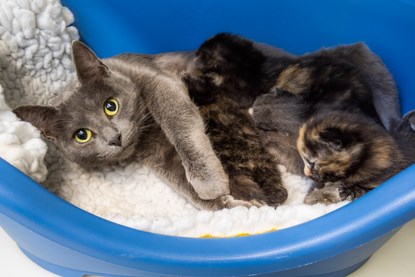 Volunteer Rachel Davies quickly went to collect the mother cat, who has been named Crystal, along with her four kittens who were believed to be no more than one week old. The grey-and-white male kitten was named Frosty and his three tortoiseshell sisters were named Snowdrop, Snowflake and Icicle. 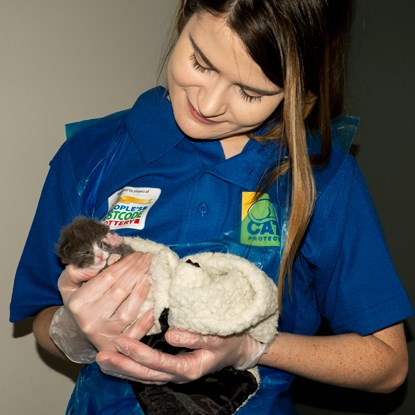 Rachel said: "When I arrived I could see Frosty wasn't as active as his sisters. He was freezing and there wasn't much response from him so I initially put him inside my top so he could benefit from my warmth. I collected the rest of the kittens and rushed them to the centre with Frosty wrapped in a towel on my car’s heated seats.”

Crystal and her daughters thrived once settled at the centre but despite initial vet treatment upon arrival and two days’ emergency care at the vet surgery, Frosty, the smallest of the kittens, did not survive.

Deputy Manager Teresa Blair said: “From the moment Crystal and the kittens arrived it was a real rollercoaster of emotions. She and her girls really benefitted from the warmth of the centre but nothing we tried seemed to help Frosty. 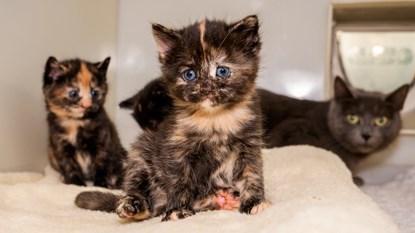 "At one point our vet decided the quickest way to save the tiny kitten was to warm him again using body heat so she placed him inside her clothing and then rushed him off to the vet practice to try to save his life. He rallied initially but just wasn’t strong enough after such a difficult start. 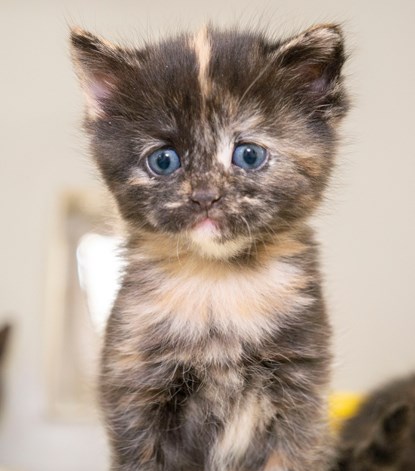 The kittens will be neutered, microchipped and vaccinated before being rehomed

"It’s moments like this that really hammer home to us how vital it is to neuter cats as soon as possible. Crystal is so young and we believe she is likely to have had a number of other litters already. It’s truly amazing that any of them survived the bitter weather. We will of course make sure she and the kittens are neutered before they are homed.”

To find out more about neutering and to see if you are eligible for neutering vouchers, visit www.cats.org.uk/what-we-do/neutering

Keeping your cat safe in winter