Six-year-old Tammy arrived in the care of our Northampton Branch along with three other cats who had all been confined to one room and received very little vet care. 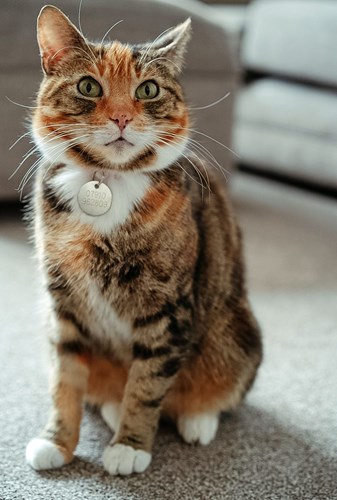 The shy girl had been very much loved but her owner had been unable to cope with the responsibilities of cat care.

Tammy had not been neutered and she and the other cats were kept in one room, with no access to outdoor space.

“When Tammy came into care with her fellow flatmates she was extremely nervous of people and was easily startled by noises,” said Sarah Holmes, Northampton Branch Coordinator.

“She’d had very little interaction with humans and, having always lived in a small indoor space, she had been unable to exhibit many natural cat behaviours such as playing, hunting, climbing and exploring.

“Tammy’s life before coming into care really highlights the importance of both preventative and reactive vet care.”

Upon arrival at the branch, Tammy needed a range of veterinary treatment before she could be rehomed. 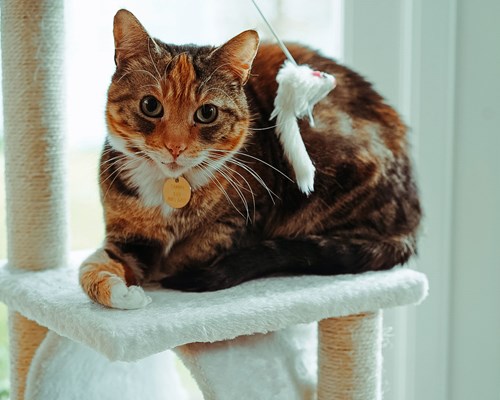 She needed to be neutered to not only protect her from future pregnancies but also to reduce her likelihood of getting certain diseases, womb infections and tumours, such as mammary tumours, which are less likely to form the earlier a cat is neutered. She had also needed dental surgery to remove five teeth which would have made eating difficult and painful.

“We are extremely grateful to her previous owner for bringing her to us rather than continuing to struggle,” added Sarah. “We would always encourage anyone who feels unable to meet their cats’ needs or who is finding it difficult to care for their cats for any reason to get in touch. We will not judge and will work out the best course of action for both you and your cat.”

Eventually Tammy found a new forever home, but at first she only tolerated one-on-one attention and an occasional light stroke.

New owners, the Demidow family, gave her plenty of space, allowing her to hide upstairs until she was ready to explore on her own terms. Once she found the courage to venture into the rest of the house, her loving and affectionate nature was revealed.

Amy Demidow has never looked back since adopting Tammy and encourages people to be flexible when seeking a new feline family member. She says: "When we first started looking for a new furry friend, we wanted a confident cat who would sit on our laps for hours, cuddling every night. 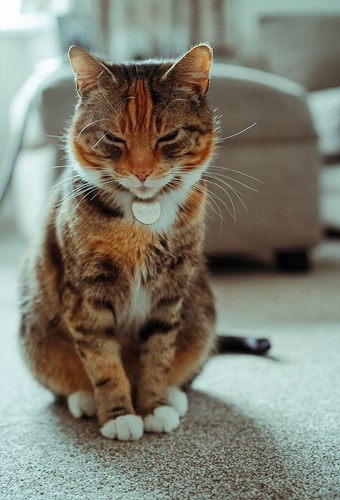 “We also thought we weren't looking for a cat who was shy and timid. However, when we were told about Tammy and her past hardships, we decided we wanted to give her a better life.

“Now we can’t get her off our laps! She will snuggle with us for hours with her favourite pink blanket. She loves playing with toys, especially her favourite mouse which was given to us by her Cats Protection fosterer.

“She also loves exploring the outside world now which was a whole new experience for her. Much like us humans, she has her funny ways, but we have learned what they are in order to keep her happy.

“We cannot imagine life without her. Do not get put off by shy cats because you never know what personality is waiting to burst out in the right home.

“If we never took the chance on Tammy, we would never have had the fluffy bundle of joy we have now! Choosing her was the best decision we made and we would encouraged anyone to do the same."

To find cats looking for new homes near you, take a look at our guide to adopting a cat from Cats Protection.