Intrepid moggy Sam is finally back with his family, having seemingly managed to cross the River Mersey on his own

When Sam went missing from his home in Bottle in October 2014, his owners Tony and Claire Fielding thought they may never see him again.

The couple spent months searching for Sam, going around their local streets and posting appeals on social media, with no success. 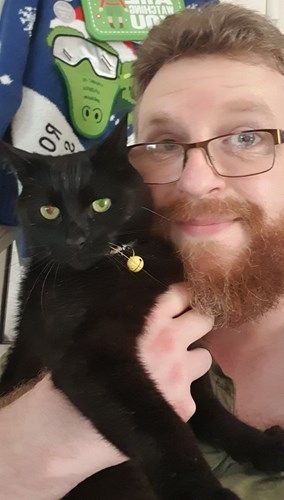 Sam with his owner Tony

For almost a year they clung to the hope that he would turn up but eventually had to accept he was gone, with their only wish being that he had found himself a new home.

Sam had left behind his young feline friend, Oliver, and a year after he went missing the Fieldings heard a scratching at the back door and opened it to find a ginger cat.

They attempted to find an owner, again posting on Facebook and checking for a microchip as they did not want another family going through the torment of missing a cat. But no owner came forward so they took her in and named her Tina, because she was so small. 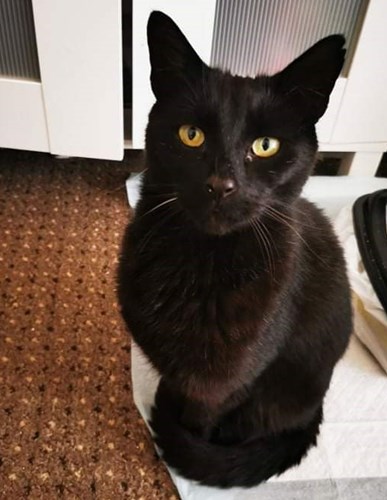 The intervening years have seen them move home, as well as the addition of a second child. When Sam originally went missing, Claire was receiving treatment for cancer, with the chemotherapy leaving her with health complications including severe heart damage.

So the surprising telephone conversation Claire recently had with a vet practice certainly lifted the family’s spirits.

“Claire got a call on her mobile from a vets asking if we were missing a cat,” said Tony. “We looked at each other in confusion as both Oliver and Tina were here. Then the vets said the name ‘Sam’ and we both looked at each other stunned. Never in our wildest dreams did we think we’d see Sam again after so long. 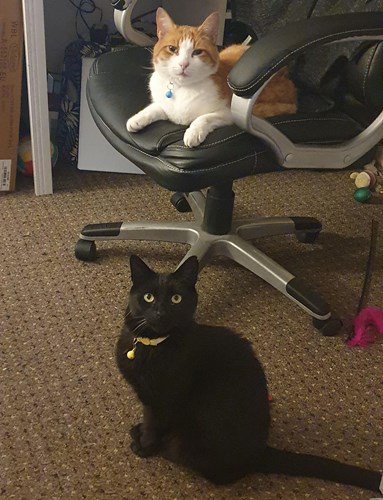 Sam and his feline friend Oliver

“I wasn’t properly dressed for going out so I quickly put on some clothes and rushed down to the vets to see Sam. I’m not sure that he recognised us but he was still so friendly and had the same laidback attitude.

“He was crying in the carrier on the way home but he would let me put my fingers in and stroke his head.”

The family said Sam was clean and looked well-fed, although there is a tiny nick out of his ear. They have been told an elderly lady in Wallasey had been looking after Sam in the past two years.

When she died, a neighbour took over feeding him and called in our North Wirral Branch for help. After posting photos to social media with no joy, volunteers took him to the vet clinic to be scanned for a microchip, where it was revealed he did have an owner. 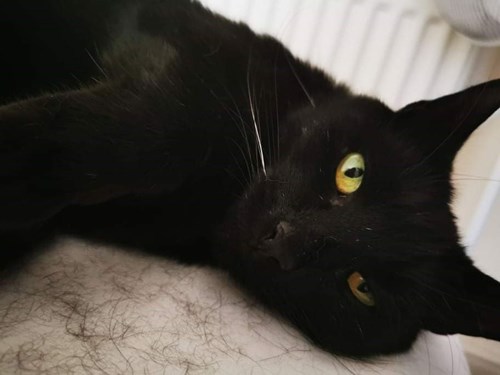 It remains a mystery as to how he ended up in Wallasey, which would involve a journey through one of the Mersey tunnels, or an hour’s road trip around the coast, but he may well have unexpectedly hitched a lift in a van or car.

“We are introducing Sam to the other cats very slowly, keeping him in our room,” said Tony. “Sam loved Oliver when he was a kitten so they are getting on OK but Tina is very territorial and will chase them both like mad.

“He did venture out of our room and came downstairs and instead of cautiously sniffing around, he threw himself into a pile of toys!”

Claire added: “Alex, who is now 11, would have been four when Sam went missing and he was very sad at the time so he’s absolutely thrilled to have him back. Ethan is only five so never knew him but he’s happy there’s another cat in the house now.

“Thankfully, Sam seems to trust us and is really good with the children. He is a bit jumpy if he hears a loud noise but he will let us stroke his paws and pet him.”

Coordinator of the North Wirral Branch, Stephen Riches, said: “It is a fantastic feeling to be able to reunite Sam with his owner after such a long time.

“It’s not unusual for us to reunite cats with their owners up to a year and a few streets away after being lost, but seven years and across the Mersey, this is a first for the branch! I really hope he settles in okay.

“His story highlights the importance of microchipping cats so they can be reunited with their owners if they do disappear, allowing us to get a cat off the streets and back to where they belong. We would also urge anyone who has a stray hanging around their home to call in Cats Protection or a local vet to scan for a microchip, as they may well be a much-loved pet who has found themselves lost.”