Maimed kittens thriving despite being cruelly dumped in bag

Two kittens just old enough to leave their mother were found tied in a plastic bag, suffering from eye damage likely to be deliberate wounding.

Believed to be around eight weeks old when they were found, the two black, long-haired, male kittens who have been named Roxy and Ronnie, were discovered by a member of the public inside a tied up plastic bag in the Forest of Dean. 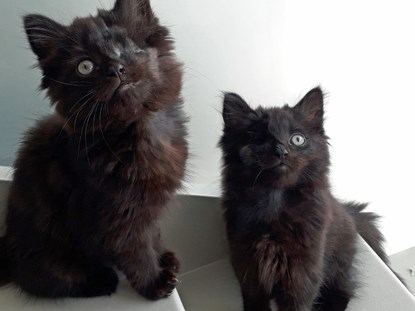 Roxy’s left eyeball was extremely swollen and about to rupture while Ronnie’s right eye had already ruptured, leaving both cats in extreme pain.

The young pair were taken straight to a vet where they were given pain medication and it was advised they would need surgery as soon as possible. The vet called Cats Protection’s Hereford Adoption Centre who took the kittens in and arranged for surgery to take place the following day.

Adoption Centre Manager Faye Churchill says: “I have never seen anything like it, the kittens’ eyes were bulging out of their poor little heads. They are young, vulnerable cats, only just old enough to be away from their mothers. Thankfully they both had emergency surgery to remove the affected eyes and are making a fantastic recovery. 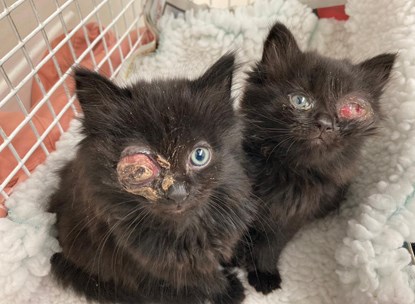 “The most shocking part is that they are both very healthy other than the damage to one eye each so we can only assume it was a horrific act of cruelty.

“We don’t know what happened in this awful situation but we are now firmly into kitten season which can be a terrible time of year for unneutered female cats and unwanted kittens. It is especially difficult as the pandemic restrictions have meant that fewer cats have been able to visit vets for their neutering procedures. We would urge anyone who is unable to care for a cat or kittens never to dump them but to get in touch. We won’t judge, we will simply work with you to find the best solution for the cat.” 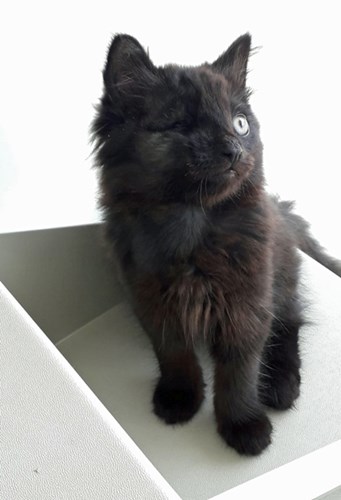 Roxy and Ronnie are both healing from their surgery and have now been rehomed through the centre's hands-free homing process.

Thirteen cats dumped on a road in Wigan