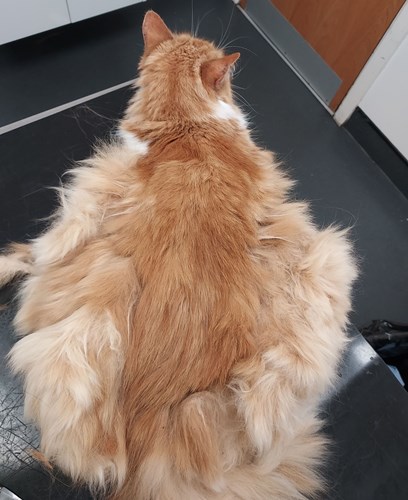 He was taken to the vet to have his matted fur removed, after which he weighed around 6% less than his original weight of 4.89kg.

“This was the worst case of fur matting I’ve seen in all my time working in the animal welfare sector,” said Deputy Adoption Centre Manager Kezzie Paxton. “I imagine Gismore felt like a new cat after the excess fur was removed!

“Gismore was a little nervous when he first arrived in care, but he turned into a really loving chap who enjoys nothing better than a snooze and some gentle affection – exactly what you'd expect from a senior kitizen!” 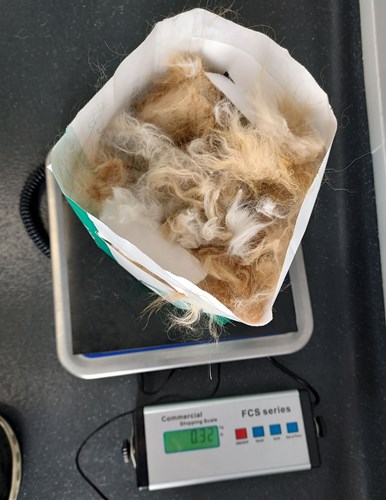 The fur that was removed from Gismore weighed 300g

Gismore has now been adopted in time for Christmas and the team are delighted that he will be able to end the year with a loving family and a warm lap to relax on.

“Sadly, we do often find that older cats spend longer awaiting a home, which is a shame as they have a lot to offer,” added Kezzie. “Their characters are fully formed and they’re less likely to scale the curtains or knock your ornaments off the shelf! 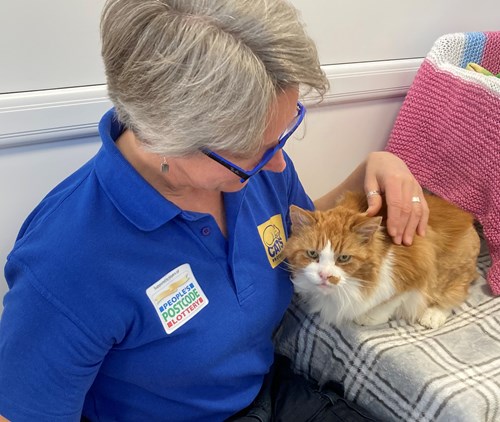 Gismore enjoying a fuss after his much-needed shave

“Older cats can often still be quite playful when they choose to be, though, and many enjoy a few short games each day. I’d urge people to look past a cat’s age when considering adoption, as they will most likely be rewarded with a wonderful new family member.

“While we do give cats as much love and attention as we can while they are with us, a cat pen isn’t an ideal home for any cat, so we are delighted that Gismore was able to find a lovely home before Christmas. 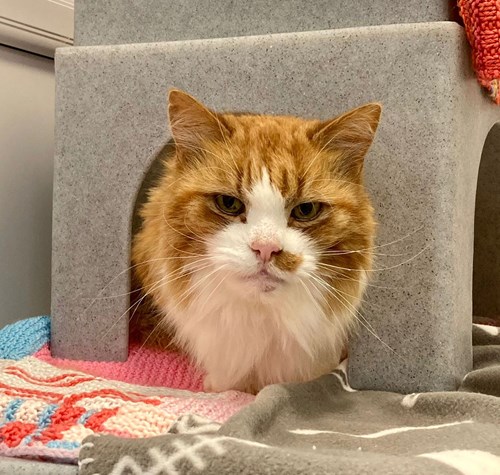 Gismore is settled in his home in time for Christmas

“We’d like to thank players of People’s Postcode Lottery, whose support has helped around 50 of the cats that we have cared for at the centre over the past year.”

Search for cats looking for new homes in your area with our easy Find-a-cat tool.

Why do cats shed their fur?

What is a cat hairball and why do cats get them?