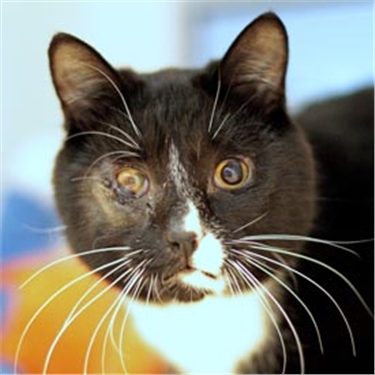 Almost half of vets questioned (44%) had treated cats which had been the victim of attacks by air-powered weapons in the last year, with nearly half of these shootings proving fatal (46%).

More than three-quarters (78%) of vets said that air gun injuries were more frequently inflicted on cats than other types of animal. And 86% would like to see a change to the law to restrict the sale and use of air weapons, while 78% of the general public would support the introduction of air gun licensing.

Read the press release below;

An alarming rise in fatal air gun attacks on cats has led to calls for a change in legislation to restrict the sale and use of air weapons.

A survey of 1,000 vets carried out by leading feline welfare charity Cats Protection shows that many more cats are killed in air gun attacks than 20 years ago, prompting a call on governments in England and Wales to make it a criminal offence to own an air gun without a licence or permit.

The findings are particularly concerning, given a leading criminologist has warned that some people who shoot cats could go on to commit similar crimes against humans.

According to Cats Protection’s survey, almost half of vets questioned (44 per cent) had treated cats which had been the victim of attacks by air-powered weapons in the last year, with nearly half of these shootings proving fatal (46 per cent).

Cats Protection undertook this research to mark the 20-year anniversary since it first investigated the problem of air gun attacks. In 1996, 74 per cent of vets had treated cats for air weapon attacks and just 11 per cent of these feline victims died. So although attacks seem to be less common now, they are more likely to be fatal.

Vets surveyed in the North West and South East of England had witnessed the highest number of air gun attacks on cats over the last 12 months, with both seeing around 100 shot cats.

The rise in fatal attacks suggests that more powerful air guns are being used. Injuries to the head and body are most common, with many cats left blind or partially sighted.

“We are calling for much stricter regulation on the ownership of air guns, as we strongly believe this will help to protect cats and other animals from these shocking attacks, and avoid air guns falling into the wrong hands. We want to see England and Wales following the example of Scotland, where from next year it will be illegal to own an air gun without a licence.

“The statistics show that fewer cats are now surviving air gun attacks than they were back in 1996. It is disconcerting that only a small percentage of the general public (24 per cent) would report these incidents to the police, and that 53 per cent said they would do nothing. This could be due to a lack of confidence that the perpetrator will be found. 78 per cent of people who reported an air gun attack on their cat said the culprit was never caught.”

"More than three-quarters (78 per cent) of vets said that air gun injuries were more frequently inflicted on cats than other types of animal. And 86 per cent would like to see a change to the law to restrict the sale and use of air weapons, while 78 per cent of the general public would support the introduction of air gun licensing."

Indicating clear public concern, almost two-thirds of people believe that those who attack cats could go on to commit crimes against humans.

Dr Adam Lynes, criminologist and lecturer at Birmingham City University comments: “There is an increasing body of research that examines the relationship between animal cruelty and the move towards attacking and murdering humans.

“It is argued that through the process of social learning theory (a theoretical framework in which criminal behaviour is learned) that some offenders will gain positive stimuli from engaging in animal cruelty which may lead to aggression towards humans – this is known as the ‘graduation hypothesis’.

“While it is acknowledged that a crime such as serial murder is incredibly rare, this relationship between animal cruelty and aggression towards humans may explain why some individuals commit acts of violence towards animals prior to attacking humans.”

A survey last year by the British Veterinary Association (BVA) revealed that 41 per cent of its members had treated cats with air gun wounds. Cats Protection’s survey also indicates that 88 per cent of culprits are aged 24 or under.

Sean Wensley, President of the British Veterinary Association, said: “These findings are concerning for both owners and vets. Anyone using an air gun, whether they are an adult or child, should be aware of the very serious injuries these weapons inflict. Vets see shocking injuries caused to cats by air guns, so we want to see better enforcement of animal welfare legislation and urge the police and local authorities to take action where they can.”

Jacqui added: “If any cat owners have lost their cat to an air gun attack in the last six months we’d be grateful if they could send any details to campaigns@cats.org.uk. It will help Cats Protection to collect more evidence about the scale of these attacks and continue to raise the issue with politicians across the UK.”

For media enquiries, please contact The Media Office on 01825 741 911 or email media.office@cats.org.uk