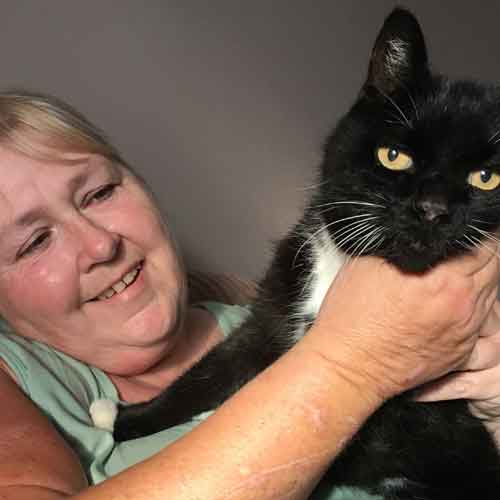 The UK’s largest cat charity says that microchipping gives lost or injured cats the best chance of being reunited with their owner.

And with nearly 8 out of 10 stray cats coming into Cats Protection’s adoption centres without a microchip, the charity says compulsory microchipping would prevent lost cats being needlessly rehomed.

Microchipping is a safe and permanent method of identification. Unlike collars, microchips don't come off, or put cats at risk of collar-related injuries.

Cats Protection’s Head of Advocacy & Government Relations Jacqui Cuff said: “Cats are independent and curious creatures, prone to wandering, and they can become lost. Microchipping is the best way of ensuring these lost cats can be returned home.

“Most of the stray cats we take into our adoption centres do not have a microchip, so it’s incredibly difficult to trace an owner. It means many cats, which may well have a loving family, have to be rehomed as we simply can’t trace their owner.

“Microchipping gives lost cats the best possible chance of being reunited with their owner. And in the sad event that a cat is injured or killed on the roads, the details on a microchip can ensure their owner is quickly informed.

“Microchipping is an essential part of responsible pet ownership and is already compulsory for dogs. It’s now time that cats receive the same level of protection by ensuring that all pet cats are microchipped.”

The charity has now launched a petition calling on the Government to introduce laws to ensure all owned cats are microchipped. The petition can be signed at www.cats.org.uk/microchippingpetition

The benefits of microchipping mean that cats can be reunited with their owners, even if they have been missing for a long period of time.

Black-and-white puss Quincey had been missing for over 12 years when he was finally reunited with his family after being taken in as a stray by Cats Protection in August 2019.

While his owner Margaret Smith had died shortly after he had gone missing, Quincey was returned to daughter Paula, of Braintree, Essex, thanks to details on his microchip.

Paula said: “We honestly never thought we would see Quincey again and the whole family was overjoyed when we got a call to say he’d be found. Even after all these years, he’s still a much-loved family pet, and we were delighted to get him back. None of that would have been possible had he not been microchipped, and I’m firmly of the view that microchipping is a necessary part of owning a cat.”

Cats Protection is the UK’s largest cat charity, helping around 200,000 cats every year through a network of around 250 volunteer-run branches and 36 centres.

To find out more about the work of Cats Protection, please visit www.cats.org.uk

For a photo or more information, please contact Michaela at Adastra Media by emailing michaela@adastramedia.co.uk or phone 07740 305918.