No one was sure Bobcat would live to tell the tale when he was found in Blackwood with half of his tail hanging off.

But thanks to a kind member of the public who alerted volunteers at Cats Protection’s Gwent Branch to his plight, Bobcat received the lifesaving veterinary treatment he so desperately needed. 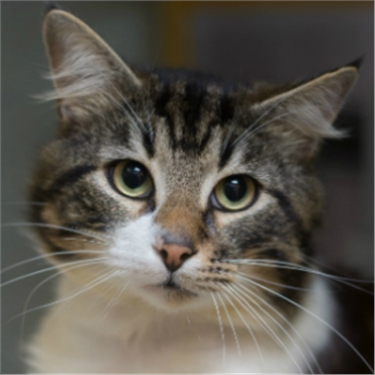 “Poor Bobcat was in a terrible state when we first saw him - his tail was snapped in half and it looked extremely painful,” said Cats Protection’s Gwent Branch co-ordinator Glynis Davies.

How he was injured remains a mystery, but his tail was so badly broken that vets decided to amputate it.

Glynis said: “Thankfully Bobcat soon recovered from the operation so he’s now bright eyed, just not quite as bushy-tailed as he once was.

“He’s managing extremely well without a tail and is very friendly and affectionate.”

After he was found on Tuesday 5 March, Bobcat, who’s believed to be about three-years-old, was initially cared for by a local volunteer cat fosterer.

He has now been moved to a Cats Protection Adoption Centre in south-west England where it’s hoped he’ll find a permanent home locally.

If you’d like to support the Cats Protection Gwent Branch in their work to help cats like Bobcat, you can donate via their Just Giving page: https://www.justgiving.com/fundraising/gcpskippy