The UK’s largest cat welfare charity is continuing to call for compulsory microchipping of cats following a parliamentary debate on cat welfare. 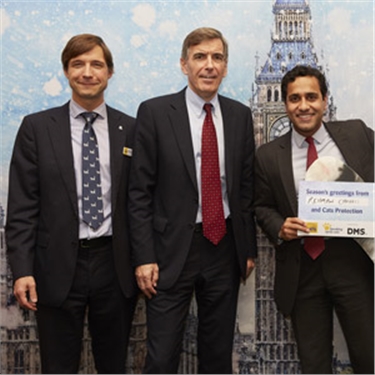 Cats Protection welcomed the House of Commons debate, on Tuesday 11 December, but said more could be done to ensure cats receive the same legal protections as dogs.

Responding to the debate, Cats Protection’s Head of Advocacy & Government Relations Jacqui Cuff, said: “It’s encouraging to see cat welfare on the political agenda, and we welcome any action towards improving feline welfare and protection for cats in the UK.

“We are pleased this debate recognised the importance of microchipping of owned cats and indicated that the Government will work with Cats Protection to increase microchipping rates.

“We’re calling for microchipping of owned cats to be made compulsory, as it is for dogs, to aid reunification of cats with their owners and to identify and inform a cats owner in the sad event that a cat is a victim of a road traffic accident.

“This would promote and encourage responsible cat ownership, as well as tackle the problem of cats needlessly being handed into rehoming centres because their owners cannot be traced. “

The charity said it was encouraged by the debate’s discussion of how microchipping can be used to inform owners if their cat has died in a road accident.

Jacqui said: “Cats Protection has already been working with local authorities to promote the routine scanning of cats and dogs which have died as a result of road accidents. We were therefore pleased that this debate discussed how this could be further improved with a commitment that the issue would be raised with the Secretary of State for Housing, Communities and Local Government. “

As well as microchipping, the debate also discussed the current review of air weapons regulation for England and Wales.

Jacqui said: “We have been calling for air guns to be licenced in England and Wales in the same way that they are in Scotland and Northern Ireland. Air guns can be used to inflict appalling suffering on animals such as cats, and it’s unfair that huge parts of the UK do not have proper and fit regulations in place.”

Cats Protection has already delivered a petition of over 100,000 names to 10 Downing Street calling for improvements to air gun laws in England and Wales.

Cats Protection is the UK’s largest cat charity, helping around 200,000 cats every year through a network of over 250 voluntary-run branches and 36 centres.

For more information or a photo from the event, please contact Michaela at Adastra Media by email on michaela@adastramedia.co.uk or call 07740 305918.