Kevin, aged 52, from Harvel, Kent, will be running a total of just over 26 miles and hopes that people will support him by giving generously to beat his £2,000 target. 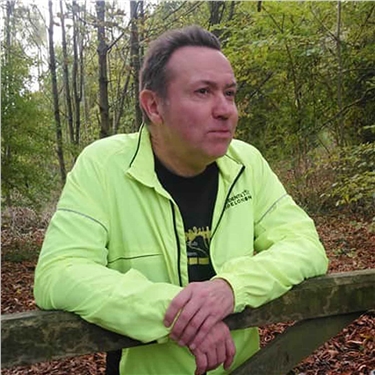 He said: “Many people thought I would have run for a cancer charity, as I had bowel cancer 10 years ago, but following two major operations and a long course of chemo I was given the 'all clear' five years ago.”

“I decided to run for Cats Protection because it’s a charity that’s very close to my heart. As a cat lover, and owner, I hope the money raised will help even more cats and kittens.”

In preparation, Kevin has been running up to seven miles every Tuesday and Thursday, 16 miles or more on a Saturday and even took part in a half marathon just a few weeks ago.

Adrian Ferne, Manager at Cats Protection’s Bredhurst Adoption Centre, said: “We are so grateful for the support and hard work put in by Kevin, both in his training and on the day of the marathon itself. His efforts will make such a difference to local cats and kittens in the local area. We wish Kevin every success in his challenge and will be cheering him on every step of the way.”

Money raised by Kevin will enable Cats Protection’s Bredhurst Adoption Centre to help even more cats and kitten in the local area. On average, it costs the charity £180 per cat while in care and a donation of just £2 would cover the costs of caring for a cat for one day.

Anyone wishing to support Kevin’s fundraising efforts should visit: https://www.justgiving.com/fundraising/kevin-barry4

Anyone interested in taking part in an event for Cats Protection can click here, email events@cats.org.uk or call 01825 741 960.