This is the key finding of ground-breaking research undertaken by Cats Protection and published in the journal Scientific Reports. 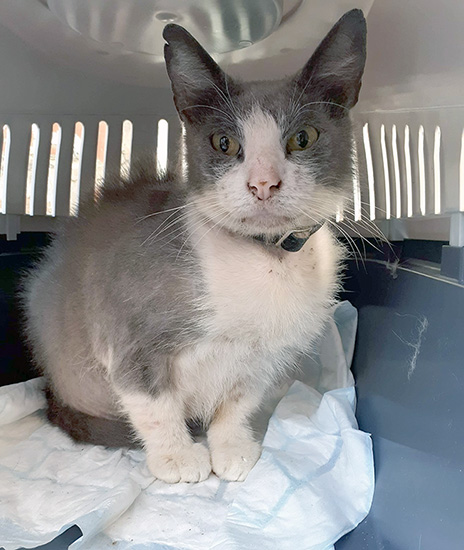 The new study provides the very first national estimate of the number of unowned cats in the UK’s urban areas. It’s based on Cats Protection’s Cat Watch project which works with communities where unowned cats are abundant to improve the welfare of owned and unowned cats.

Sightings of unowned cats were collected over a period of one year from 3,101 resident surveys and 877 resident reports across five urban areas – Bradford, Dunstable & Houghton Regis, Everton, Beeston and Bulwell (both in Nottinghamshire).

These were paired with 601 confirmed locations from Cats Protection’s community teams within a population model to identify key indicators of unowned cat populations.

Applying the findings to the rest of the UK’s towns and cities using official urban population statistics allowed Cats Protection to estimate a total figure of 247,429 unowned urban felines.

“Up to now, there haven’t been any evidence-based estimates of the number of stray and feral cats in the UK,” said Dr Jenni McDonald, feline epidemiologist for Cats Protection and lead author of the research.

“It has previously posed a challenge in part because of problems accurately distinguishing owned from unowned cats.

“However, our population-modelling methodology offers a solution, combining valuable data from residents with confirmed sightings, which gives us a robust means to study unowned cat populations nationally.

“This is a major step towards understanding the true scale of the feral and stray cat population in the UK.”

Unowned cats are of concern as their numbers can expand rapidly.  The study found that their numbers vary widely across localised areas, with the highest numbers found in the most densely-populated and most deprived areas.

“We support these sorts of communities by neutering and finding homes for friendly unowned cats, says Jane Clements, Cats Protection’s Head of Neutering.

“If any cats aren’t suited to becoming domestic pets, then we neuter them too and give residents the means to look after them in their community, such as providing materials and designs to build cat shelters.

“Engaging communities is the key to ensuring that all cats are cared for in a long-term and sustainable way and this research will enable us to take our Cat Watch programme to the areas of greatest need.”

Recently, Cats Protection helped a stray cat called Wiggle who had been regularly visiting a garden in Everton.  Poor Wiggle was flea-ridden, had difficulty breathing and had a large abdomen owing to a worm infestation.

Fortunately, Wiggle was microchipped so Cats Protection were able to contact his previous owners who told the charity that he had been missing for two years. They were happy for Cats Protection to quickly attend to his medical needs and find him a new home.

For information on getting your cat neutered please visit www.cats.org.uk/what-we-do/neutering while advice on helping stray and feral cats can be found at  www.cats.org.uk/help-and-advice/stray cats