Tired cat returned to his relieved owners after hiding under a car bonnet.

A cat who was missing for three weeks is back at home after Cats Protection used microchip details to trace his owner.

Eleven-year-old Horace went missing from his home in Southsea, Hampshire, in April and was later found 15 miles away in the grounds of Lee-on-the-Solent Infant School. 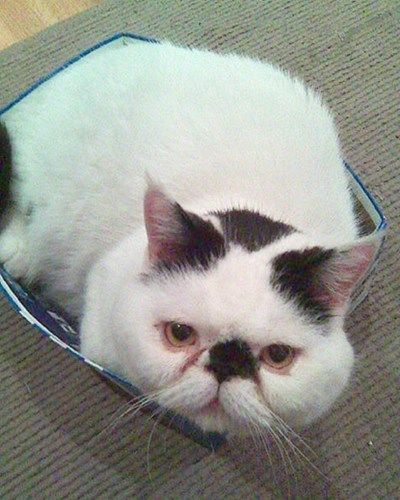 Tired, hungry and dehydrated, Horace was also covered in an oily substance, leading vets to believe he may have curled up for a snooze under a car bonnet before being driven away.

Relieved owner Colin King said: “Horace is a house cat, but had accidentally got out one evening and despite putting posters up and contacting animal charities, we couldn’t find him anywhere.

“Fortunately, he’s microchipped, so when staff at the school found him, they phoned Cats Protection's Gosport Town Branch who scanned for his microchip and contacted me. It was fantastic to see him, and he seemed very pleased to get back home after his adventure.

“I took him for a check-up with the vet, who said the oil probably came from a car, so I think he must have climbed under the bonnet somehow to keep warm before he was driven away.

“Whatever happened, he’s an old boy who is clearly very happy to get back to his creature comforts. I think his adventuring days are behind him now.”

Carole Rudin, Lost and Found Coordinator for Cats Protection’s Gosport Town Branch said: “Cats can get themselves into all sorts of scrapes, so it’s great that Horace was microchipped as it meant we could get him home quickly.

“Without his microchip, Horace may never have been returned home, so his story is a great reminder about why microchipping is so important.” 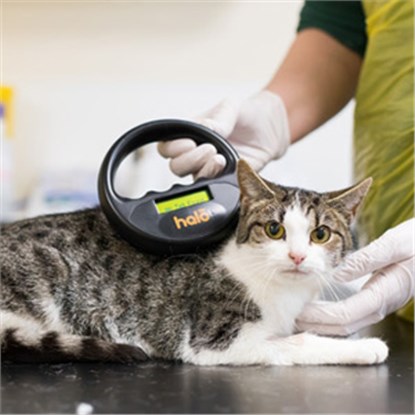 Angela Clayton, Senior Administration Assistant at Lee-on-the-Solent Infant School said: “We noticed Horace in the school grounds and thought he looked a little worse for wear, so our Site Assistant Steve Taylor looked after him while we called Cats Protection. We were all so delighted that his owner was found, and the children were thrilled to know the little lost cat was back at home.”

Cats Protection has renewed calls for a change in the law to ensure that all owned cats, like dogs, are microchipped.