Cats who are stress-relievers for their owners and have improved their mental health.

Listening to the heart-warming stories of the positive impacts cats and kittens have had on the lives of entrants to this year’s National Cat Awards reminds us of the many benefits that spending quality time with our feline friends can bring.

Announced as the overall winner in August’s star-studded award ceremony held at The Savoy, Tink raised the alarm when his owners’ house caught fire, ensuring they escaped from an horrific situation that could have cost them their lives. But while Tink’s heroics represent an extremely palpable — and, thankfully, rare — benefit of owning a pet, there were also many moving accounts of cats who, simply through their comforting personalities and loving natures, improved the lives of their owners. 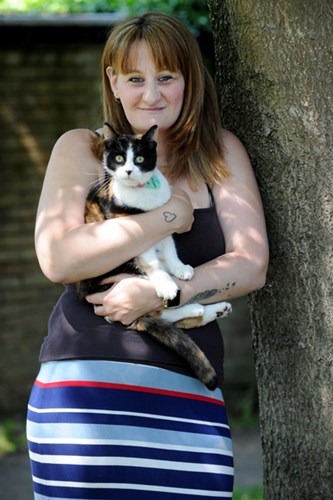 Take 15-month-old Skye, a finalist in the Most Caring Cat category. Skye's owner, Katie Paine had suffered from debilitating panic attacks and agoraphobia for 15 years, making everyday actions like collecting her children from school a terrifying prospect.

However when Skye arrived, Katie's life was changed. Skye’s calming influence has played an important role in helping ease her depression and the moggy’s apparent instinct for knowing when she is most needed has ensured that she is always by Katie’s side at exactly the right time.

During the competition, Katie reflected on her husband, doctor and mental health worker all commenting on how much more relaxed and calm she had been since Skye arrived. She noted that she was sleeping better, enjoying going out and smiling more. “Our lives have improved no end,” Katie said, “My children are happier because I’m happier and I’m doing more things with them.”

And Katie isn't alone in feeling that her relationship with a feline friend has improved her sense of wellbeing.

A succession of scientific studies — including one carried out jointly by Cats Protection and the Mental Health Foundation in 2011 — have trumpeted the psychological and medical advantages of interaction with cats. On its website, the Mental Health Foundation lists the benefits of pet ownership for those suffering from depression and autism, children with ADHD, the elderly and people who live on their own.

One moving story of this process in action hit the national headlines earlier this year. Six-year-old Iris Grace Halmshaw had been diagnosed with severe autism and her parents were warned that she may never be able to talk or develop relationships. After trying a number of therapies, Iris’s parents took the decision to introduce her to a Maine Coon kitten, whom they named Thula, and the transformation in her was incredible.

Thula became Iris’s constant companion. Not only did Iris talk for the first time in Thula’s presence, the kitten also helped her overcome her fear of water by sharing baths and, ultimately, swimming with her. In the same way that Skye seemed to innately understand when Katie needed her, Thula would come to Iris’s aid when she sensed she was required, even bringing her toys when she woke at night.

Iris’s mother, Arabella, who shared her daughter’s amazing story in a book, described Thula as a ‘guardian angel’. Her constant presence at Iris’s side, whether she’s sleeping, playing or reading, has brought about a change in her that few thought possible.

However, while there are many more touching stories like those of Katie, Iris and their families, we shouldn’t ignore the positive impacts moggies have on those of us who aren’t faced with such life-changing challenges — those who are simply stressed out and laid low by the everyday demands of life.

Tests have discovered that spending time with cats causes the release of the so-called 'happy hormone' oxytocin, while simultaneously reducing levels of the stress hormone, cortisol. This results in lower stress and anxiety levels, which in turn reduces blood pressure.

It’s no wonder, then, that cats and kittens are being turned to by those in high-stress environments like hospitals, workplaces and educational establishments.

There have been a number of stories in recent years of universities introducing ‘kitten rooms’ during stressful exam seasons and inviting students to sit with, stroke and talk to their furry friends. But undergraduates at the University of Southampton have taken this relationship a stage further by appointing a cat as their Student Union’s honorary president.

Named after the initials of the Union in which she has spent so much of her life, Susu has been entertaining and de-stressing students since 2002, when she first arrived on campus as a stray. Once name-checked on University Challenge, she has now been awarded the ultimate honour in return for her “contribution to reducing students’ stress levels.”

But, as deserving as they are of our adulation, cats don’t need awards or fancy titles to recognise their benefits to us super-stressed humans. Whether we’re facing seemingly-insurmountable challenges or have simply had a bad day, nature’s stress-relievers are always there for us, fixing us with the healing powers of their contented purring, soothing us with the sensation of their soft fur and comforting us simply through their presence. It’s hard to argue that cats are a breed apart!

Don’t believe us? Take a peek at our #CatTherapy video! 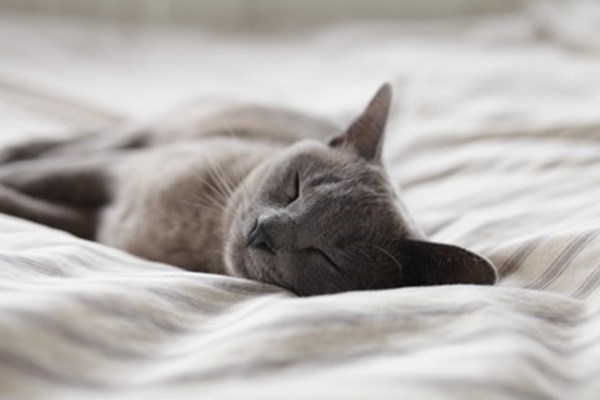 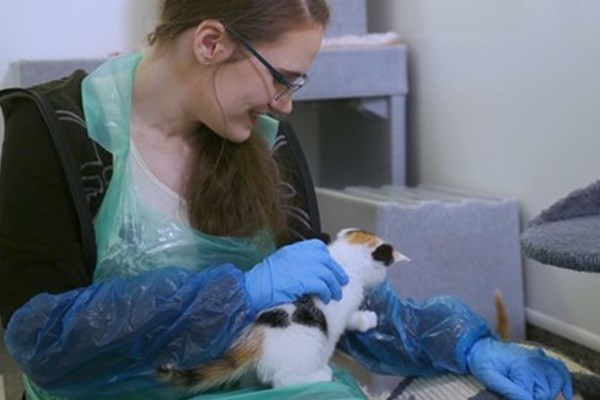 How becoming a volunteer can help with mental health

More Than Just a Cat: Domino is the purrfect best friend for autistic Marnie