Please help us cover the cost of tumour surgery and after-care for gorgeous ginger cat Marshall.

Cats Protection’s Mitcham Homing Centre is desperately appealing for help to fund the cost of extensive surgery for a cat with ear tumours.

Four-year-old Marshall has had a rough few months. Due to having multiple benign tumours in his ears, he needed to have both ear canals removed to prevent the tumours from growing back. 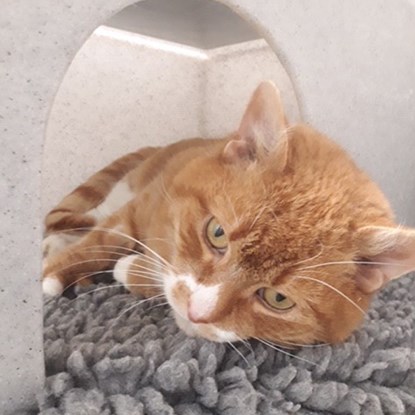 Marshall before his surgery

Costing around £1,200, volunteers and staff are appealing for donations to help fund Marshall’s surgery and aftercare.

“When Marshall first arrived at our centre in January, he was shy and withdrawn. We were worried that he might not cope with the surgery, as it’s so extensive,” said Rosie King, Manager at Cats Protection’s Mitcham Homing Centre.

“However, since having his first operation, Marshall became much more confident and it was a real turning point; his personality changed and he started to look a lot more comfortable.”

After having the first operation, Marshall temporarily lost sensation on the left side of his face, which affected his ability to blink. This is a common side effect of such complicated surgery and after a short wait for his ear to heal and feeling to come back; Marshall had his second operation with no problems. 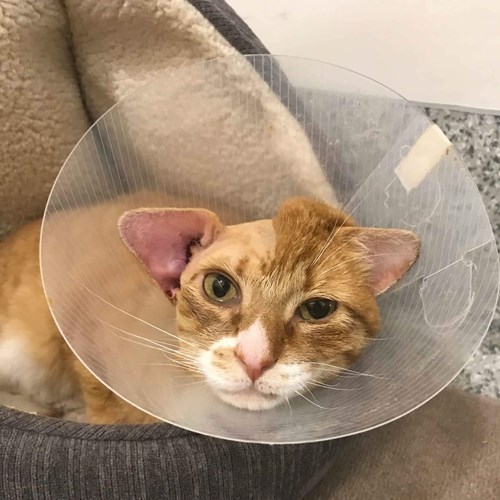 Marshall recovering from his operations

Marshall will shortly be looking for an indoor-only home with owners who will give him the time and affection he needs.

Rosie added: “Marshall has had a long road to recovery but is now finally on the mend. In a couple of weeks’ time, we hope he’ll be ready to go to a new home. Due to his hearing loss, he will need to be kept indoors.

“Although Marshall can still make out some sounds, especially loud noises, it will be muffled, as if you’re underwater and someone is talking to you from above the surface.”

Donations for Marshall’s surgery and aftercare can be made here and Gift Aid may be added to give more to the appeal at no extra cost. Any additional money raised will be used to help the other cats currently in the care of the centre.

Anyone one interested in adopting Marshall, once he’s ready for homing, should call the centre on 03000 120 285 or email mitcham@cats.org.uk

The difference gifts in wills can make