Eastbourne Adoption Centre is appealing for supporters to help foot the bill after rescuing a cat with an injured leg.

Carers at Eastbourne Adoption Centre were called to assist when a 12-year-old cat with horrific leg wounds was found in pain and distress and taken to Eastbourne Vets.

Due to the severity of Pedro’s injuries, vets decided that the best course of action would be to amputate his leg. 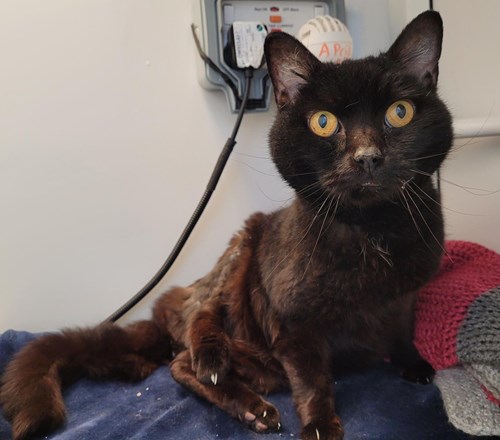 The adoption centre agreed to take him into their care and he was transferred to Fairfield House Vets in Uckfield, who made him as comfortable as possible until his leg could be removed.

As part of his admission process, vets scanned Pedro for a microchip and found one had been implanted by a vet in Southampton. Sadly, the chip had not been registered to an address so he could not easily be reunited with an owner.

In a bid to trace Pedro’s owner, the centre team put up posters in Eastbourne and shared an appeal on social media in the hope that someone would recognise him. So far, the appeals have not been successful. 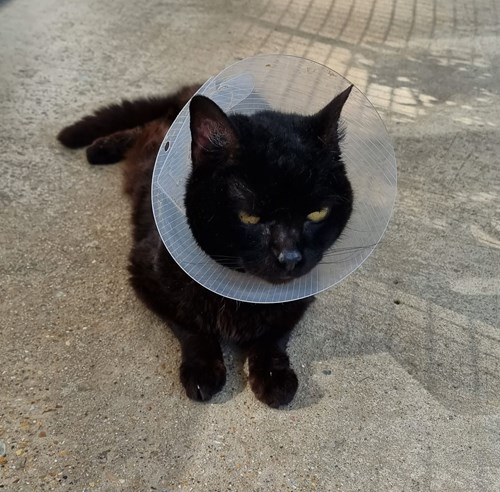 “We don’t know how Pedro came to be so far from his original home, or what he has been through, but we are doing all we can to give him the best chance of a happy and healthy life,” said Mandy Clarke, Eastbourne Adoption Centre Manager.

“Pedro has shown himself to be a little fighter with the sweetest nature, especially when you consider how severe his injury was. He is so affectionate it breaks your heart. Everyone falls under his spell. He has stolen our hearts with his gentle and affectionate personality.”

Bills for Pedro’s amputation and aftercare have already cost more than £500. As Cats Protection does not receive government funding and relies on the donations of supporters to cover such treatment and care for cats in need, Eastbourne Adoption Centre has set up a JustGiving appeal to help pay Pedro’s vet bills.

Any donations exceeding the cost of Pedro's treatment will be put to good use for other cats in care at Eastbourne Adoption Centre.

Only when fully recovered will Pedro be available for rehoming via the centre’s website. 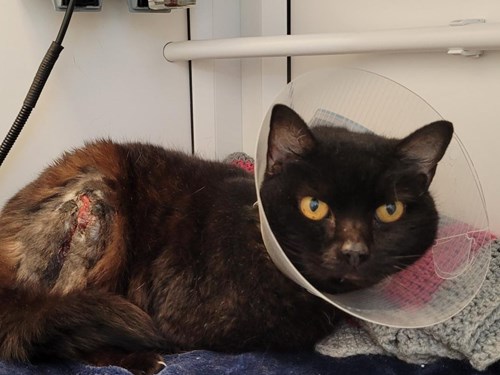 “Pedro is making good progress and will have his stiches out soon,” said Mandy. “He has a long road ahead, but he is taking small steps every day to build up his muscles and help with his balance and mobility. We are hopeful that with good veterinary care and lots of love, he will be set up to lead a full and happy life.”

Pedro’s story highlights the need for owned cats to have microchips with current contact details to allow them to be reunited with their owners if they go missing.

Microchips contain a unique identification number linked to a database containing details of the pet, as well as the owner’s contact details. When a scanner detects the microchip, a simple phone call can check the details and, hopefully, the cat can be returned home.

Madison Rogers, Acting Head of Advocacy & Government Relations at Cats Protection, said: “It is vital that details are kept up to date on microchips, so owners can be contacted if their cat goes missing. Moving house is a busy time but it is really important owners update their details, ensuring that phone numbers and emails are still valid.”