The science behind how cats drink water – it's not the same way as dogs!

If you have ever watched your cat lapping up some water, whether it’s from their bowl or your own glass that you carelessly left unattended for a few minutes, you might think they’re simply scooping up the water with their tongue.

While this is the technique dogs use to drink, cats in fact have a much more elegant method that uses some clever science.

When you watch a cat drink in slow motion, you’ll see the tip of their tongue extend down to the surface of the water and curl backwards so that only the top of the tongue touches the liquid. 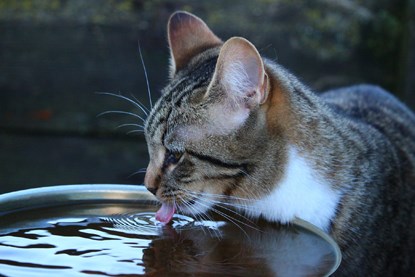 Next they quickly retract their tongue back upwards at speeds of almost 80 centimetres per second, bringing some of the water with it.

The liquid sticks to their tongue thanks to adhesion – much like water sticks to your own hands when you touch it – and the water molecules also stick to each other thanks to cohesion.

This, combined with the speed of the tongue movement, helps the water to briefly overcome gravity, forming a column of liquid that reaches up to the cat’s mouth.

Using their quick reflexes, the cat can then catch the top of this column of water in their mouth before it falls back into the bowl, all without getting their furry chin wet.

Although they only manage to get a small amount of liquid each time, they can complete this process at an impressive rate of four laps per second, so it all adds up to a thirst-quenching drink.

Although some dogs can use a similar technique, they tend to dip more of their tongues into the water, which creates a much bigger mess!

Read more about cats and drinking. 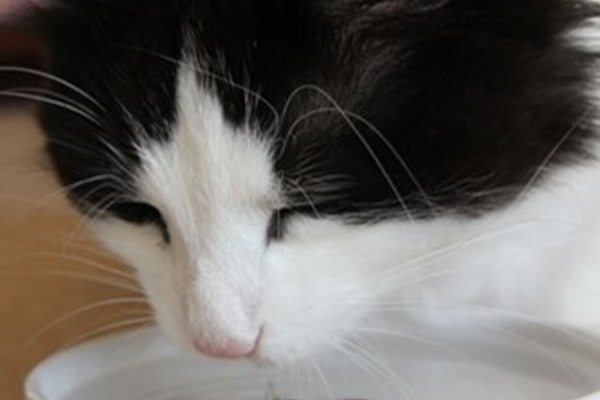 8 tips to get your cat to drink more water

How to keep your cat cool in the summer