Far from using the excuse of horrid weather and another lockdown to hibernate, eight-year-old Joss from Ambleside set himself the challenge of running every day in January to raise money for cats in need. 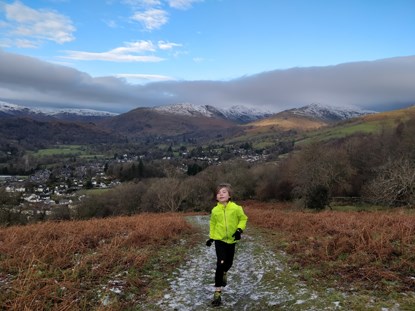 Young Joss Tyson was inspired to take on the feat to raise money for Cats Protection after spotting a neighbour’s vegan cake sale that was fundraising for the charity, and having got the family cat, Margherita, from a local rescue centre.

As a member of a local running club, and with a love of training in the beautiful surroundings of his Cumbrian hometown, he set himself the task of tying up his running trainers and getting out every day of his birthday month of January.

He initially set himself the target of raising £50 in sponsorship money, but quickly smashed that on day one. They money kept rolling in and by the end of his challenge kind supporters helped him to reach an incredible £1,600. 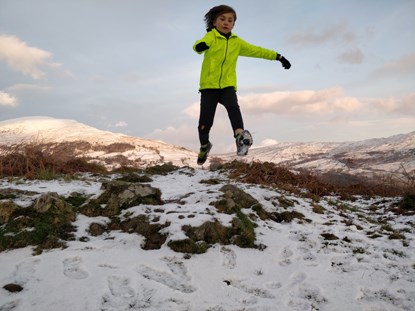 With schools closed, the Tyson family are juggling home schooling, work and getting out for their permitted daily exercise.

Despite temperatures often hovering around freezing, and with snow on the ground, Joss has not been deterred.

Joss said: “I’m not worried about the cold or wet weather, I just want to help cats! I run for my local running club, Ambleside AC, in all kinds of weather so I am used to it. 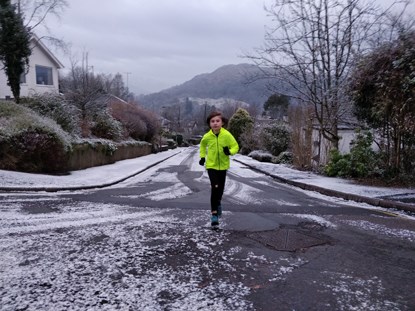 “I’ve being doing my runs around Ambleside with mummy and daddy and my favourite places to run are Loughrigg Fell, Jenkins Crag and Wansfell.”

Joss has inherited his passion for running from his father, Jim, who took up the sport as a child, joining the same running club where his son is now a member. Although he drifted away from it in his teens he picked it up again in his 30s, and in 2015 he ran every day of the year to raise money for Parkinson’s UK, after his father lost his battle with the disease the year before.

Jim said: “We are very proud of Joss, especially as he came up with the idea and set up his JustGiving page all by himself. He was moved to do it after firstly seeing the cake sale set up by someone down the road, and then by watching Cats Protection videos on YouTube.” 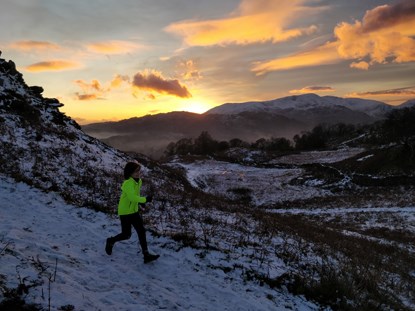 Cats Protection Events Officer Gina Rogers said: “We want to say a huge thank you to Joss for his absolute dedication to this challenge, for running through sub-zero temperatures and snow; the cats in our care will really benefit from all those miles.”

To donate to Joss’ fundraising challenge visit his JustGiving page at www.justgiving.com/fundraising/joss-tyson

To find out how you can take part in your own challenge to raise money for Cats Protection, visit www.cats.org.uk/support-us/fundraise-for-us