Jason Henderson was working at the Remondis Recycling Centre in Newcastle Upon Tyne, when he thought he heard a cry. Following the sound, he discovered a two-week-old kitten huddled in the bottom of a box.

Placing his hi-vis coat in the box for warmth, Jason rushed the kitten to his aunt Nicola’s home, knowing that as a cat lover she would know what to do in this situation. 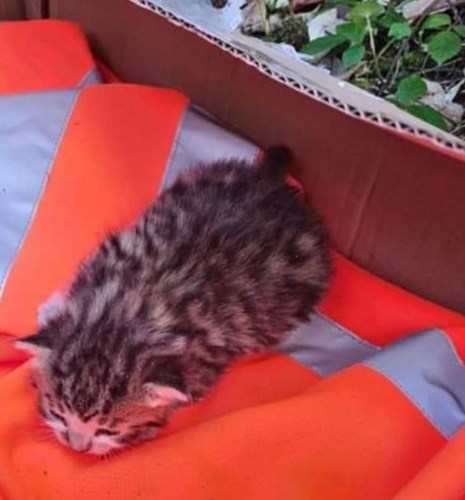 Womble the kitten when he was first found

“I opened the door to Jason and he said ‘you’ll never guess what’s in this box’,” said Nicola Henderson. “It was a complete surprise to see this tiny kitten in there. I could see he was very young, his eyes weren’t yet open, and I instinctively held him close to my chest to keep him warm and he snuggled into my collar bone.

“It just so happened I had been recently talking to the local Cats Protection branch about getting a new cat as a companion for my Darcy, so I had their number to hand. A volunteer arrived within 20 minutes.

“We have no idea how he ended up at the recycling centre, whether he was placed there by his mum or was dumped, but it doesn’t bear thinking about what could have happened if Jason hadn’t heard him.”

Sascha Dean, our East Northumberland Branch Coordinator, was able to get the kitten to the vet to be checked out before bringing him into care and embarking on hand-rearing Womble, as he’s now called, including round-the-clock feeding and helping him go to the toilet.

“The first few weeks were a very worrying time for all the volunteers here, and we didn’t know if Womble would make it,” said Sascha. “Fortunately, he got stronger and from that day in December when he was a shivering bundle of fur he has now grown into a 15-week-old healthy but mischievous boy. 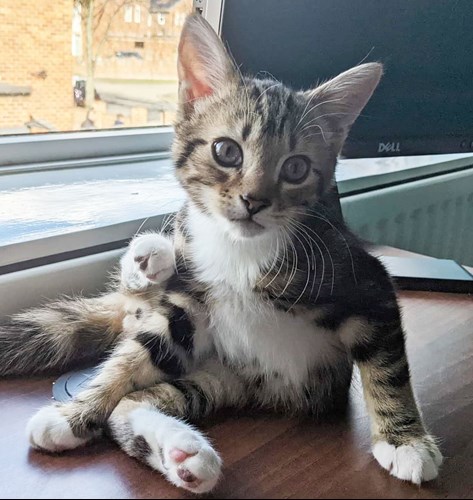 Womble all grown up after being cared for by the branch

“As he had no mother cat or siblings to teach him when to stop he has a boisterous nature, although he has calmed down considerably. Consequently, he will need to be adopted by an experienced owner, where there are no children or other pets.”

Womble’s story is one in a series of heart-wrenching cases the East Northumberland Branch has had to deal with recently, which has invigorated their resolve to educate more people on the importance of getting cats neutered.

Sascha and her team of volunteers see first-hand the distress and suffering of pregnant cats who come into care, and kittens who have been abandoned or dumped.

“Kittens that are too young to be away from their mothers can go downhill quickly,” added Sascha. “It can really be upsetting, particularly for the volunteer fosterers, as these problems are largely preventable; if people got their cats neutered it would not be so common.”

Find out more information about neutering your cat, including how Cats Protection may be able to help with the cost through our means-tested neutering scheme. 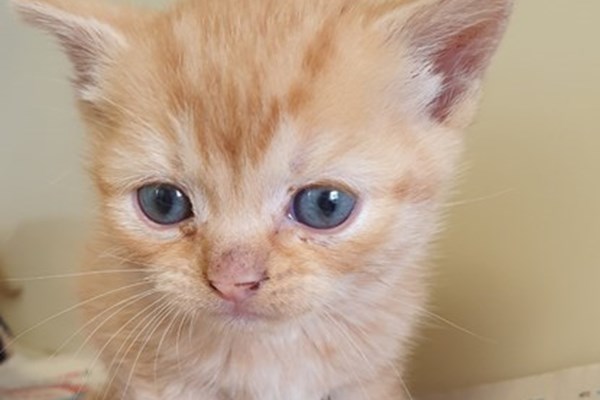