When adopting a cat, less than a quarter (24%) of people have said they would be likely to consider an older cat aged 11 years or older. This sad statistic has come from a survey carried out by Cats Protection to find out why mature moggies in their care are so often overlooked. 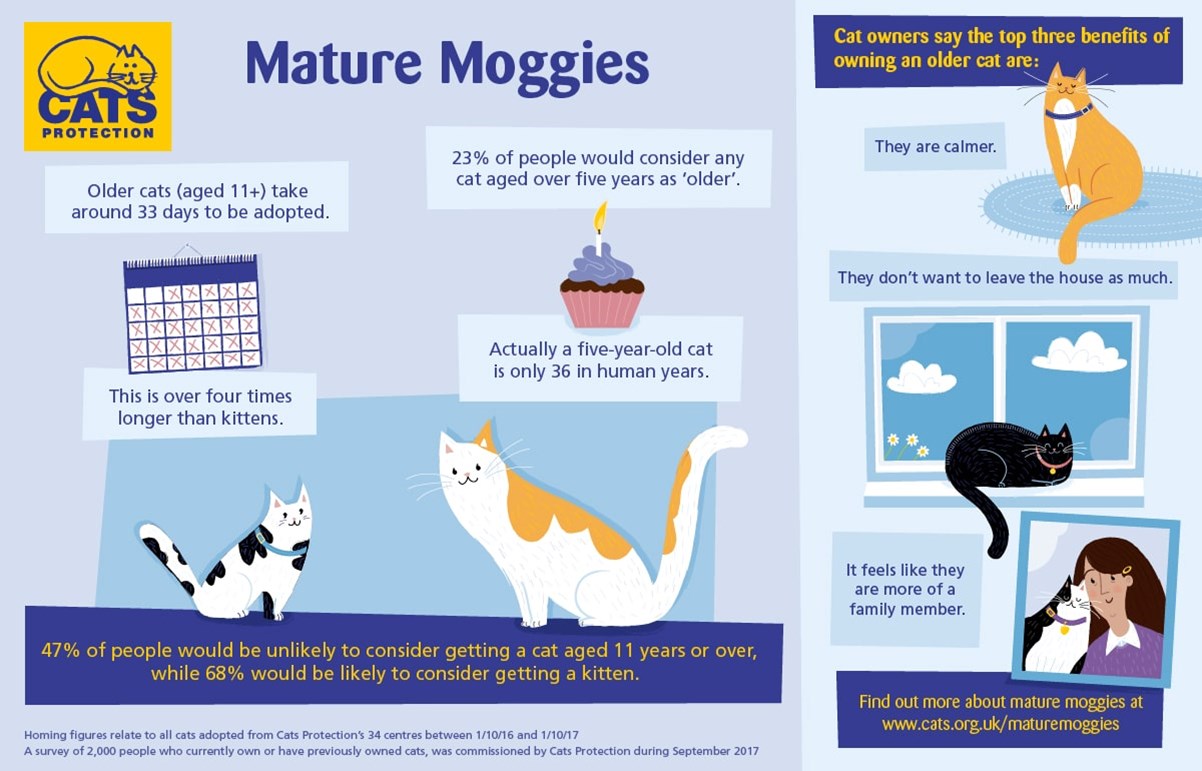 One reason given for being unlikely to adopt a mature moggy was that older cats are not very playful, but many proud cat owners would argue that this is not the case.

In fact, owning a mature moggy has many benefits and, for some, may even be a better option than adopting a kitten. According to cat owners, the top three benefits of owning an older cat are:

If you’re thinking of adopting a cat, check out our video to see why an older cat may be the best option for you…

To find out more about mature moggies, visit the Cats Protection website.

If you’re the proud owner of a senior kitizen, show the world just how amazing they are by leaving a comment below or sharing your photos and stories on Facebook, Twitter and Instagram using #MatureMoggies.