Gorgeous ginger tom Alan has a new lease of life following his operation.

Staff at Cats Protection’s Exeter Axhayes Adoption Centre are delighted by the public’s response to an appeal for help to give a cat a much-needed operation. 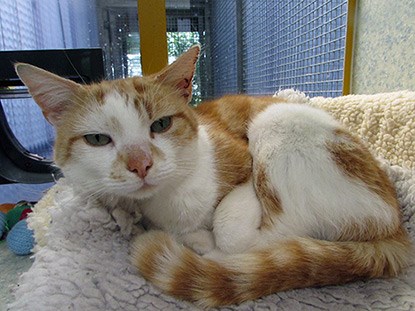 Eight-year-old moggy Alan was brought to the centre when his elderly owner moved into a nursing home. Staff at the centre could see that Alan had a very infected ear, which started haemorrhaging upon examination. Further tests by a vet revealed Alan needed a life-saving surgical TECA operation (Total Ear Canal Ablation).

“The total cost of Alan’s operation is £550,” says Phil Punnett, Deputy Manager at Exeter Axhayes Adoption Centre. “It is a vital operation for Alan and, although it will leave him deaf in one ear, he will otherwise be able to lead a normal life as he looks for a new home.

“We decided to start an appeal to help us cover the cost. Vet bills are, of course, one of our biggest outgoings and we receive no government funding. Just like all the other cats that come to us, Alan’s welfare is of the utmost importance and we are committed to giving each cat whatever they need.”

Phil started an appeal on JustGiving and promoted it on the centre’s Facebook page.

“We received over £300 within 24 hours which is just amazing,” says Phil. “We are now just over £700! We are just delighted. The extra money raised will of course go to other cats and kittens that need our care”. 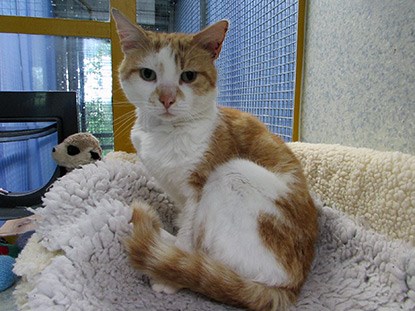 Alan’s operation took place on 16 June and was a big success.

“We want to say a huge thank you to everyone that has donated. We couldn’t care for as many cats and kittens that desperately need it without the help of kind members of the public.”

Once Alan is over his operation he will be available for rehoming.

“Alan is a very affectionate boy who likes nothing more than a cuddle and a lap to sit on,” says Phil. “We hope he finds that loving forever home he deserves once he has recovered.”

To help more cats in need of veterinary treatment like Alan please visit www.justgiving.com/adorable-alan-appeal or to find out more about adopting Alan or any of the cats at the centre please visit www.axhayes.cats.org.uk 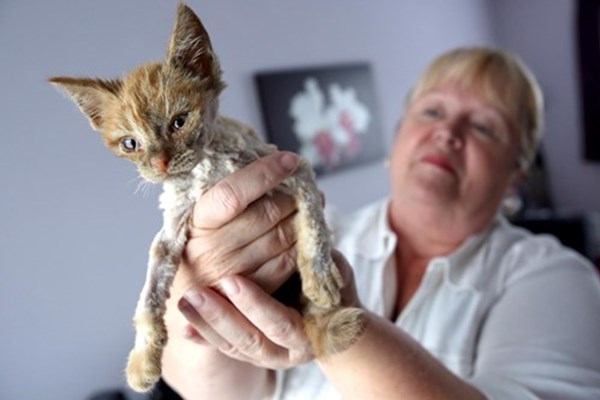