A tiny four-week-old stowaway, named Roman by his rescuers, needed intensive care and intravenous fluids after being found in a truck traveling from Eastern Europe. 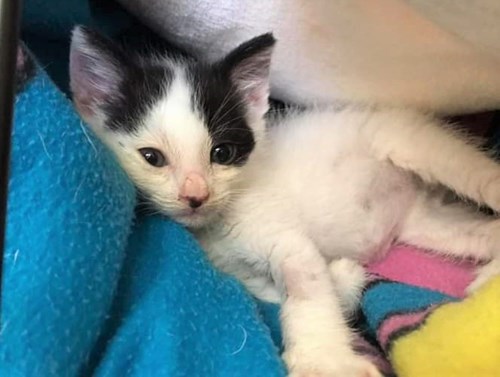 The kitten was discovered when warehouse staff in Marsh Leys, Bedford, opened the lorry doors to unload a delivery of furniture.

On hearing his pitiful cries for help, workers clambered carefully over boxes to trace the source and uncovered a tiny sick kitten, weak and frightened.

Thankfully for Roman, Tamsin Eastwood, Coordinator of Cats Protection’s nearby Bedford & Biggleswade Branch, also works at the depot, so the team called her for help. 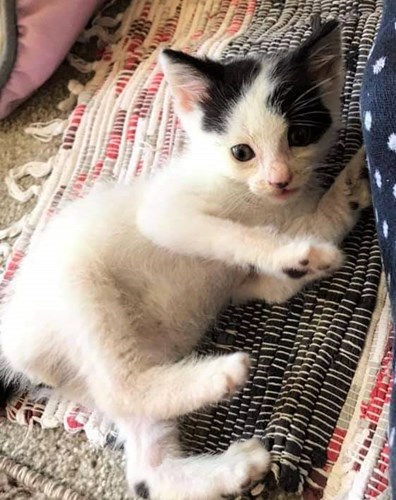 “It was clear that this poor kitten was in a bad way and needed urgent help so I grabbed a cat carrier and drove to the depot,” said Tamsin. “I asked them to check the truck for a mother cat or any other kittens, but there was only this one.

“It was a sad sight. The poor little thing was in a bad way. His eyes were stuck together and he was very weak. How he even had the strength to cry surprised me, but that was a good sign. He’s a little fighter and we knew what we had to do. 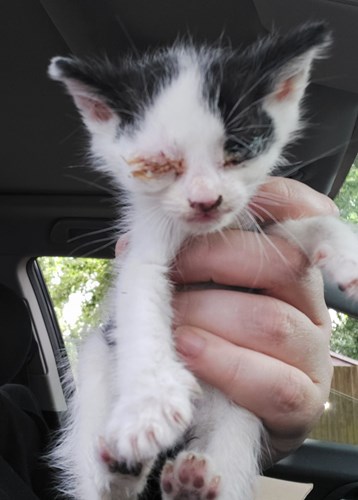 Roman just after he was rescued

“We’ll never know Roman’s story or how he became trapped in the truck, but he probably snuck in looking for somewhere cosy to sleep and the next thing he was crossing borders in rising summer temperatures. He must have been very hot, frightened and desperately thirsty. It’s a miracle he survived at all in this weather.”

Tamsin carefully picked up the kitten and drove to a local vet who saw that he was undernourished, dehydrated and needed eye treatment. As the cat had entered the country undetected and without paperwork or microchipping, Cats Protection contacted Trading Standards at Bedford Borough Council, as is procedure with stowaway cats.

After being treated and made ready for transport, Roman was transferred to a DEFRA-approved quarantine cattery where he will stay for up to three months, sponsored by Cats Protection. At around 12 weeks, he will be given a rabies vaccine and, after a further three weeks, the best options for rehoming will be considered. 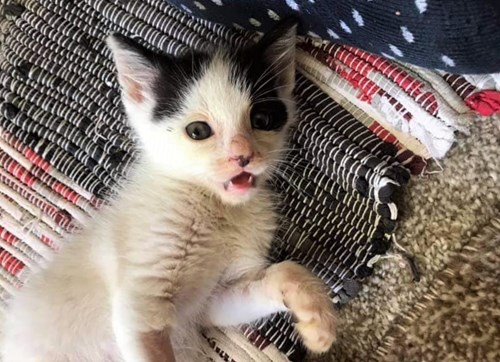 The cost of such treatment is high so volunteers at the branch have launched a JustGiving page to raise money to cover the £1,600 bill.

Naomi Williams, Cats Protection’s Field Veterinary Officer, said: “When Roman first presented to the vet at Scott Veterinary Clinic he was found to be underweight and severely dehydrated. He was also showing symptoms of cat flu with swollen, inflamed eyes and lots of discharge that prevented him from being able to open them until they had been bathed by the nursing team.

“Roman was admitted to the vets for intravenous fluids and intensive supportive care, which included antibiotics and lots of TLC. Thankfully, he responded really well to the treatments and was well enough to be transferred to the quarantine cattery the following week.

“As Roman is still very young the staff at the quarantine facility will continue to provide all the extra attention he needs, including a kitten socialisation programme to ensure he grows into a happy, confident cat.” 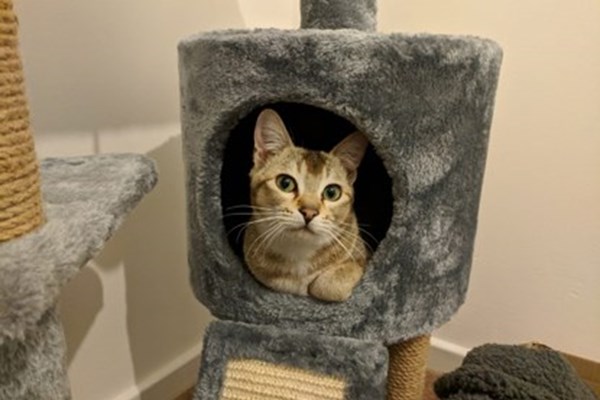 Stowaway moggies found on flights from Saudi Arabia and Bangladesh 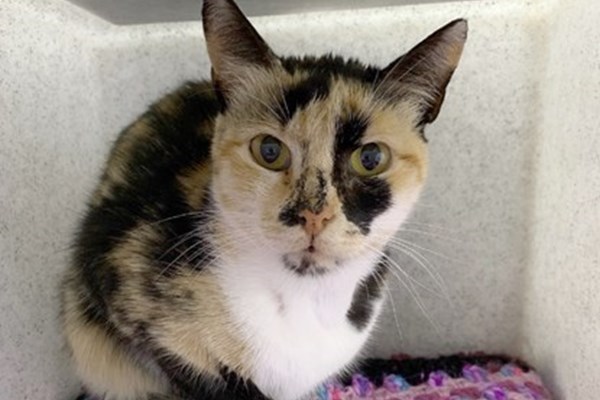