Six-year-old tabby Leo had been living as a stray when he was admitted to our Tyneside Adoption Centre.

He immediately endeared himself to the team with his friendly and playful nature. But he was observed to be a particularly sneezy cat and a vet suggested an x-ray to find out the cause of his nasal issues. 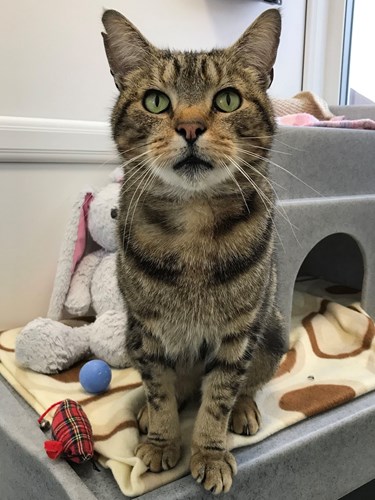 There was shock all round when the root of the problem was revealed to be an air gun pellet. With no visible entry wound, it was determined poor Leo must have been shot some time ago.

“We booked Leo in to see the vet as there could have been any number of things causing the nasal problems but an air gun pellet was not one we’d considered,” said Centre Manager Beni Benstead.

“There is no way of knowing how Leo came to have the pellet lodged behind his nose and it doesn’t bare thinking about that it might have been deliberate. 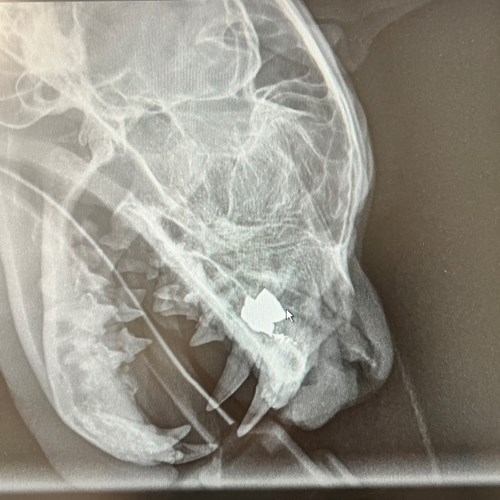 “The x-rays were really quite shocking and an initial non-surgical attempt to remove it was unsuccessful as there was too much inflammation.

“Leo came back to us with a prescription to treat the inflammation and any infection, and a couple of weeks later he was admitted back to the hospital for more extensive surgery – this time involving two veterinary surgeons, in which they cut into his pallet and brought the pellet out that way.”

Cats Protection’s Field Vet Fiona Brockbank said: “Having the pellet lodged where it was would have been painful and was causing sneezing, heavy nose bleeds and chronic irritation and infection of the sensitive tissues in the area. 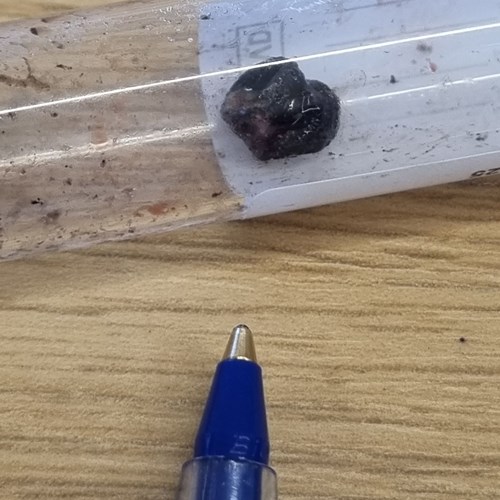 “This was a very intricate operation undertaken by a team of vets and nurses within the practice. Leo will enjoy a much better quality of life now it has been removed.”

In all, Leo had 10 vet appointments, including the two attempts to remove the pellet, costing the centre upwards of £1,600.

Leo’s carers are hoping anyone touched by his courage and resilience will consider contributing to his care costs via his JustGiving page. Any donations exceeding the cost of Leo's treatment will be put to good use for other cats in care at the Tyneside Adoption Centre.

Because the incision was in such a sensitive place, it took several weeks for it to heal but now Leo has bounced back and has returned to being an affectionate and playful cat. 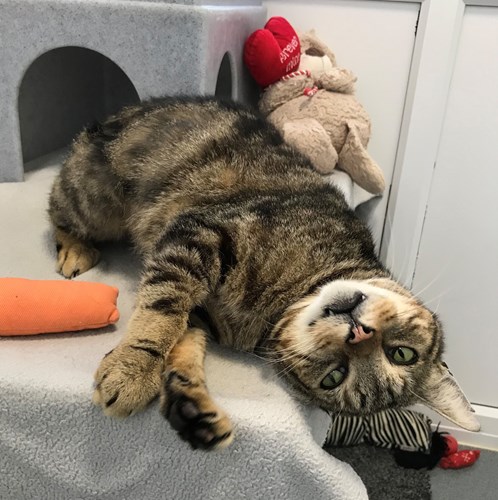 Beni added: “There were some kind people feeding Leo while he was on the streets and we are grateful they contacted us for help and we were able to bring him into care. Our volunteers and employees have loved having Leo at the centre but the next step is to find him a super home where he will be able to live out a stress-free life.”

Leo has since found his purrfect forever home and is settling in with his new family.

Cats Protection is campaigning for the licensing of air guns, which already exists in Scotland and Northern Ireland, to be introduced in England and Wales. Over 115,000 supporters have signed our petition in support of the measure.

Madison Rogers, Head of Advocacy & Government Relations at Cats Protection, said: “At Cats Protection we often hear terrible stories of cats like Leo who have suffered injuries as a result of an air gun attack. Our research shows that 90% of air gun attacks on cats reported in the press happen in England and Wales where these lethal weapons are not licensed.

“The misuse of air guns is also a concern for the wider community and the safety of everyone in local neighbourhoods. Prevention is always better than prosecution, and a modern sensible approach of air gun licensing is needed to deter the shootings of cats and other animals.”