Cats Protection is renewing its call for the government to license air guns, with longer days following the clock change feared to lead to an increase in cats being victims of shootings

Katherine’s much-loved cat Alaska died shortly after being shot by an air gun near her home in Bristol last August.

“It was the most traumatic experience which I wouldn’t wish on any animal,” said Katherine. “Alaska was a lovely, friendly young cat and was out near our home on a sunny afternoon. When she staggered into the garden, we could see straight away she was hurt and rushed her to a vet, but she died 20 minutes later. 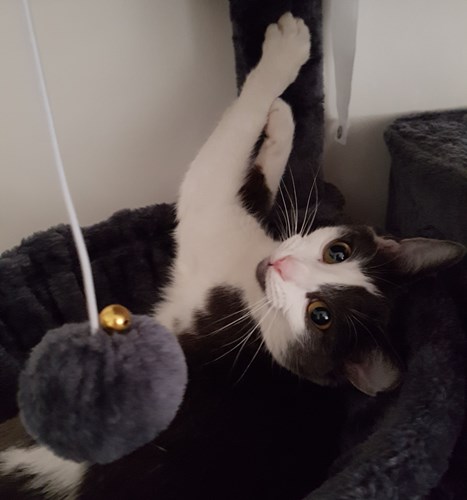 “Until this happened, I had no idea that anyone over the age of 18 could purchase an air gun without the need for a licence. You just assume there must be some kind of restriction over these lethal weapons that can inflict such injuries. Not only was it devastating to lose Alaska in such a horrific way, it’s really worrying that there are people around who use weapons like this in such a nasty and reckless manner.”

Cats Protection has been campaigning for air gun licensing in England and Wales, in line with existing laws in Scotland and Northern Ireland.

Our research shows an increase of nearly 50% in the number of air gun attacks on cats in the spring and summer compared to the rest of the year.

Cats Protection’s Senior Advocacy & Government Relations Officer Madison Rogers said: “In the past, we've seen nearly 50% more press reports of shootings occurring in the months from April to September compared with the rest of the year. Sadly, warmer weather and longer hours of daylight seems to bring out the worst in people who wish to harm defenceless animals.

“Air gun attacks can leave cats with significant, life-changing injuries. It is not uncommon for them to lose their sight or need to have a limb amputated. Tragically, many cats do not survive their injuries. The misuse of air guns is also a concern for the wider community and the safety of everyone in local neighbourhoods.

“Many people are shocked to learn that these lethal weapons can be owned by anyone aged over 18 in England and Wales. This is in contrast with Scotland and Northern Ireland, which both have sensible, modern laws in place that require licensing of air guns. Legislation on air gun ownership is now well overdue in England and Wales.

“We’d urge owners to be on their guard for any signs of injury in their cat. If your cat has been shot, it’s important to seek veterinary assistance urgently and report it to the police.”

In November 2020, the government announced the outcome of a consultation on air guns which ended in 2018, deciding not to consider the case for licensing air guns any further at this time, but looking at reducing access to air guns for under-18s.

Madison added: “Cats Protection welcomes this small positive step but will be pressing for the decision not to introduce licensing of these lethal weapons to be reconsidered. Cats Protection will also continue to raise our concern that unlicensed access to air guns is resulting in countless cats and other animals being shot, injured and killed.

“In the meantime, we’d urge any owner whose cat is sadly shot with an air gun to report it to the police. Not enough is known about who the perpetrators of these crimes are, and prosecutions are rare. We monitor shootings through press reports, but not all cases may be reported, so the numbers we see may be the tip of the iceberg.”