Have you checked out the Simon’s Cat Logic series of videos? Creator Simon Tofield and Cats Protection’s Behaviour Manager Nicky Trevorrow team up to talk about one of the Simon’s Cat videos and explain why cats do what they do.

In the latest video in the series, they’re exploring Simon’s Cat’s behaviour in the video ‘Feed me!’ telling us about feeding habits and getting your cat to work for their food!

Simon explains: “Feeding and getting fed is such an important thing in a cat’s life that I had to do a film about it. The film catches a lot of the little mannerisms that cats do when they’re getting fed, getting under your feet, they get in the way, they’re so impatient to be fed that there’s loads of comic value there.”

Nicky says: “Some cats are so clever that they can make associations between particular noises and the association of food. One particular cat knew the sound of tuna. If the owner had lots of other tins that were larger tins they’d make a different sound on the worktop compared to the tuna tin that makes a different lighter sound.

“Many owners wonder why their cats jump on the kitchen worktops, it’s often because that’s where we prepare the cat’s food, that’s why the cat is so interested. Equally we might have other things on our worktop such as a cooked chicken that’s just too tempting for that cat.

“I’d recommend preparing the cat’s food in a different location, perhaps even on the floor close to the cat’s food bowl to stop them jumping up on the kitchen worktops.”

Simon talks about his cat Jess who has taken to jumping on the counter for food. “This happened after I’d made the film so it was like seeing my film come into life which is very strange.”

Learn more about cats and their behaviour.

Does your cat go into a feeding frenzy? Tell us on Twitter @catsprotection and use the hashtag #SimonsCatLogic 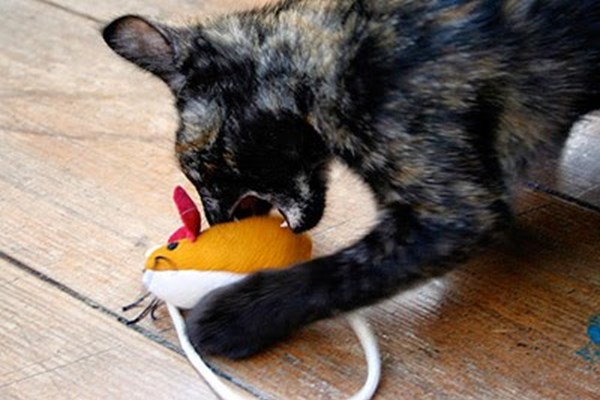 ‘Why does my cat hunt even after eating?’ and other behaviour FAQs 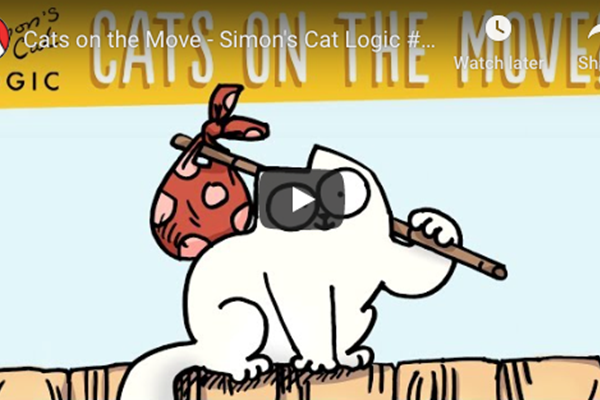