Although you may refer to it as 'pawing', ‘making biscuits’ or ‘playing the piano’, the behaviour commonly known as kneading is when cats repetitively push each forepaw into a soft surface, often the owner that they happen to be standing on at the time.

Kneading is actually a behaviour cats learn as kittens, but it sometimes stays with them through to adulthood. As a kitten, kneading serves a practical purpose. Nursing kittens knead around the teat of their mother in order to better stimulate the flow of milk. Therefore, they get a reward for this behaviour in the form of nutritious milk.

Are they milking me?

As Robert De Niro famously quipped in classic comedy Meet the Parents: “I have nipples. Can you milk me?” Could your cat be trying to stimulate milk from you as it kneads your body? Not likely. The actual answer is that no one truly knows why this behaviour is carried into adulthood by some cats.

Kneading as a kitten makes sense because it has a purpose but kneading as an adult cat does not appear to have a purpose. The key focus there being on the word appear. Although we cannot see a purpose, it doesn’t mean that there isn’t one. Cats will seldom exhibit a behaviour for no reason.

The most widely shared theory is that when practicing this behaviour, cats experience similar feelings of contentment that they had while kneading as a kitten. Although we don’t know if they are actually getting the feel-good factor from kneading, it would be safe to assume that if there was no reward for the behaviour then the cat would stop doing it. It could be that kneading causes the release of chemical signals in the brain that contribute to the flow of happy and relaxing hormones. If the cat can create their own natural high, it would make sense to keep kneading.

A need to knead

Rather than kneading by choice because it feels good, it’s also possible that it is a more ingrained automatic response. Kittens naturally know to knead their mother to stimulate milk, so it could be that the same sensation on their paws that caused them to knead in kittenhood could also be experienced later on. It may be hard-wired into their brain to start kneading when they feel certain textures under their paws.

Finding out more about the kneading behaviours of wildcats may provide further insight into this curious behaviour. Would cats in their natural habitat be prone to kneading, or is it only pet moggies with a comfy blanket or human lap that do it?

Our domestic cats have evolved most recently from African wildcats and there is a lesser supported theory that kneading is inherited from their need to pat down areas of long grass to make it comfortable to sleep on. However, as African wildcats are both predator and prey in their natural habitat, they usually prefer to sleep in raised areas to look out for predators rather than in grass on the ground. Our pet cats share a similar preference for high-up places as well, often to sleep or if they’re spooked by something, so make sure your own feline friend has access to a bed off the ground.

The enigma of why our adult cats knead will continue to be debated and investigated. What we do know for certain is that this cute kitten behaviour gives owners and their moggies plenty to purr about and there’s no harm in that is there? Well, maybe if they’ve got sharp claws! 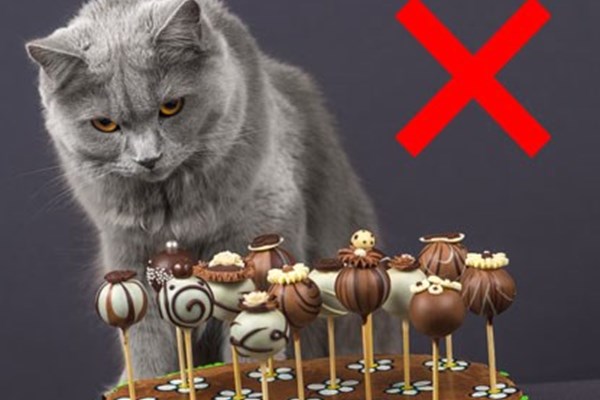 Why is chocolate poisonous for cats?