Five differences that show why dogs and cats have different needs.

With cats and dogs the most popular pets in the UK, it’s no surprise that they are often compared to one another in the great cats vs dogs debate.

Of course, we love both canines and felines equally, but there are some key differences that mean they need to be cared for in different ways – and some just might surprise you!

Here are five differences between cats and dogs, as well as a few ways they’re similar too! 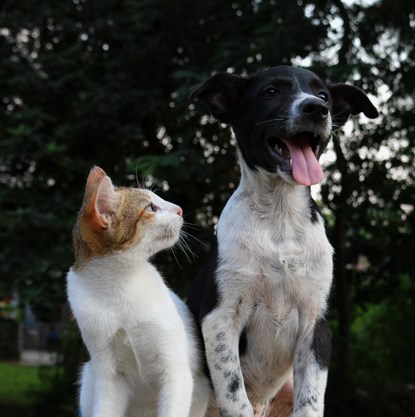 How are cats different from dogs?

1. Cats were domesticated much later

While there is some debate around when exactly dogs were domesticated, it has been estimated to be up to 40,000 years ago, as they would have helped early humans to hunt. Cats on the other hand are believed to have been domesticated only up to 12,000 years ago when agriculture evolved, as they were effective for pest control. Find out more about the history of cats with our blog post.

2. Dogs are a more social species

Dogs have evolved from a social species and so they often benefit from some form of companionship. Cats however have evolved from a solitary species and so don’t need other cats to be their friends. In fact, cats can often become stressed when made to live with each other, unless they have a strong social bond. Take a look at our blog to find out if your cats are best friends. 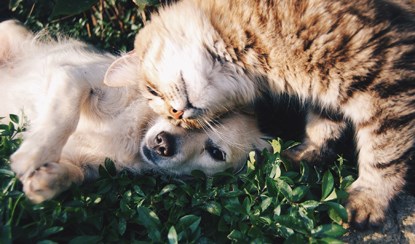 As they are a social species, dogs rely heavily on body language and facial cues to communicate with each other. As cats are more solitary, they rely more on scent for communication with other cats. Scent glands on their cheeks and paws mean they can let other cats know where they’ve been by rubbing on or scratching surfaces. Want to know how your cat lets you know that they love you? Watch our video to find out.

4. Cats are better at hunting

Even though dogs have evolved from a species that would have been able to hunt in packs, they have not retained their hunting behaviour like cats have. Cats need to be able to express their natural hunting behaviour as it releases happy hormones in their brains, so it’s important that they have the opportunity to stalk and pounce on toys. Watch our video for tips on how to play with your cat to keep them happy.

Dogs are omnivores, meaning that provided they have a nutritionally balanced diet they do not necessarily need to eat meat. Cats, however, are obligate carnivores, so they must have meat in their diet in order to get all the nutrients they need to keep them healthy. For advice on what cats should and shouldn’t eat, take a look at our diet advice.

The similarities between cats and dogs 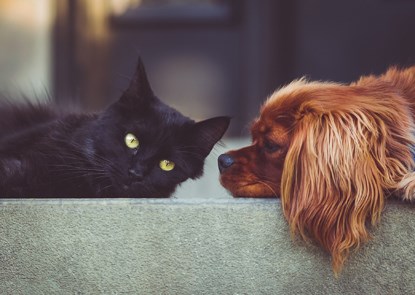 1. They can both be trained

It’s a common misconception that cats cannot be trained like dogs can. However, with a bit of positive reinforcement, cats can be taught all sorts of things, from responding to their name to sitting on command. You just need to find something they like to encourage them! Find out how to train your cat with our blog series.

2. They both need love and care

Cats are often considered to be easier to look after than dogs and not require as much input from their owners. However, while they can be a bit more independent than dogs, cats still need lots of care to ensure their needs are met. Owning any pet is a big responsibility, but you get out just as much as you put in! For lots of help and advice on how to care for your cat, visit the advice section of our website.

3. They can both be part of the family

As any pet owner will know, our furry friends really do make a house a home and manage to quickly worm their way into our hearts. And despite their differences, cats and dogs can live happily alongside each other, provided they have a proper introduction. Watch our video for a step-by-step guide on how to ensure your cat and dog get along.

Do you have a cat, a dog or both? Let us know some of the differences and similarities you’ve noticed between mogs and dogs on Facebook and Twitter! 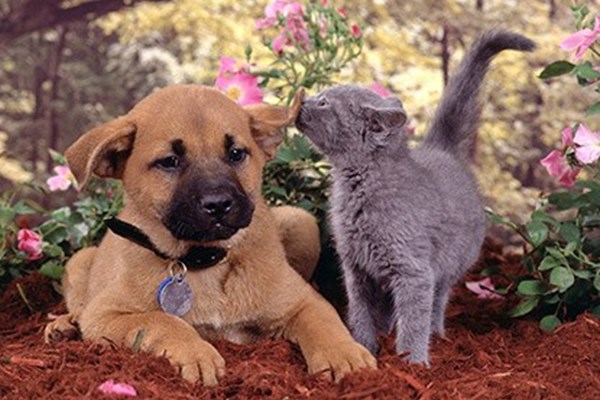 How to introduce a new puppy to your cat 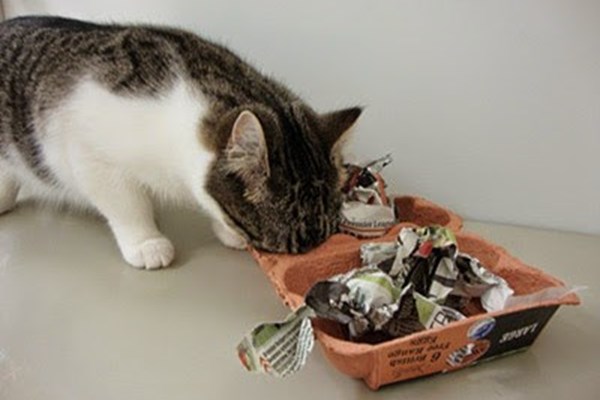 How to train your cat to sit on command