Learn about cats and their history.

If you’re a cat-lover, you’ll be only too aware that they make the best pets. Affectionate, easy to look after and the perfect partner for snuggling up on the sofa – there’s nothing quite like having a cat to come home to.

But while cats are the much-loved pets of many, you might not know about their notable roles throughout history. In celebration of World Animal Day, we’re delving into the history of our favourite animal, from its origins in Ancient Egypt to the marvellous moggies we know today. 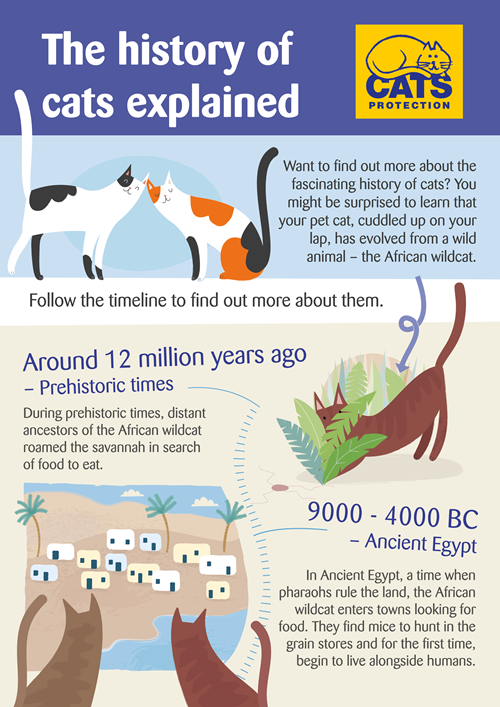 Around 12 million years ago – Prehistoric times

During prehistoric times, distant ancestors of the African wildcat roamed the savannah in search of food to eat.

In Ancient Egypt, a time when pharaohs rule the land, the African wildcat enters towns looking for food. They find mice to hunt in the grain stores and for the first time, begin to live alongside humans. 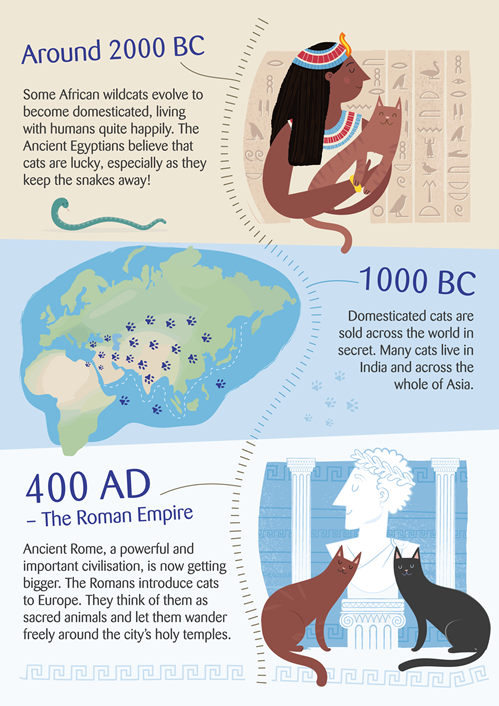 Some African wildcats evolve to become domesticated, living with humans quite happily. The Ancient Egyptians believe that cats are lucky, especially as they keep the snakes away.

Ancient Rome, a powerful and important civilisation, is now getting bigger. The Romans introduce cats to Europe. They think of them as sacred animals and let them wander freely around the city’s holy temples. 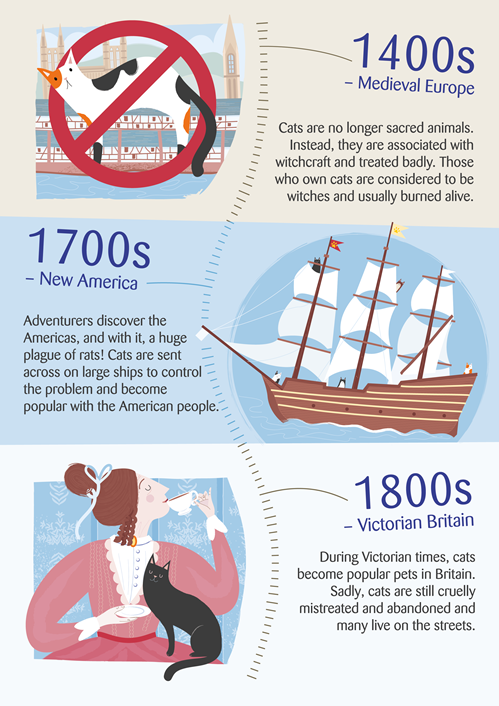 Cats are no longer sacred animals. Instead, they are associated with witchcraft and treated badly. Those who own cats are considered to be witches and usually burned alive.

Adventurers discover the Americas, and with it, a huge plague of rats! Cats are sent across on large ships to control the problem and become popular with the American people.

During Victorian times, cats become popular pets in Britain. Sadly, cats are still cruelly mistreated and abandoned and many live on the streets. 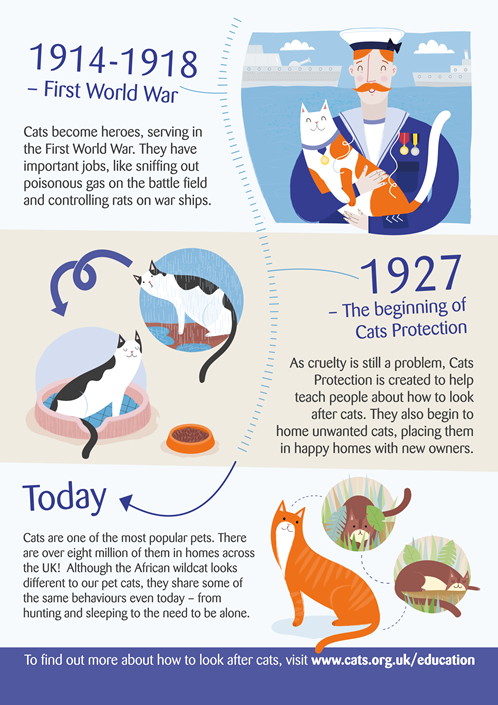 Cats became heroes, serving in the First World War. They have important jobs, like sniffing out poisonous gas on the battlefield and controlling rats on war ships.

1927 – The beginning of Cats Protection

As cruelty is still a problem, Cats Protection is created to help teach people about how to look after cats. They also begin to home unwanted cats, placing them in happy homes with new owners.

Cats are one of the most popular pets. There are over eight million of them in homes across the UK! Although the African wildcat looks different to our pet cats, they share some of the same behaviours even today – from hunting and sleeping to the need to be alone.

This resource has been designed as part of our new Education site, intended for teachers and children.