Our Ballymena Branch in Northern Ireland first found out about 14-year-old Albert when he was reported to them by concerned members of the public. 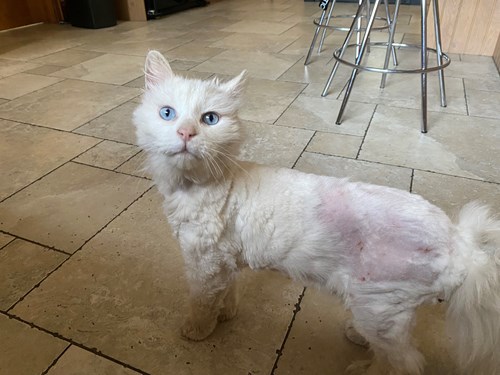 Albert after his close shave

His owners could no longer maintain his long-haired coat and so he had been left to wander, living mainly outdoors.

They relinquished him into the branch’s care and he was given a full shave to remove his matted fur, as it has become too tangled to brush.

“Poor Albert was in a lot of discomfort when he came to us,” said branch volunteer Jodie. “Long-haired cats need to be brushed daily to stop their coat becoming tangled and keep their skin healthy which is why it’s important that owners are prepared to do this before taking them on. 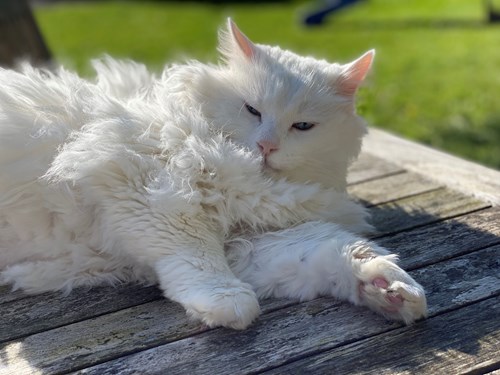 Albert now that his lovely fur has grown back

“And it’s even more important with older cats such as Albert who struggle to groom themselves. Despite being an old boy and being deaf, when he had all that painful matting removed he became a very playful, loving cat and adapted to being back indoors immediately.”

The branch posted Albert’s story on their social media pages, catching the eye of Tracy Stewart, who immediately offered him a home.

“When I saw his picture after he’d just been shaved, I was heartbroken as his fur was so matted,” said Tracy. “He settled in really well but, given his past experience, I still have a fight to groom him. 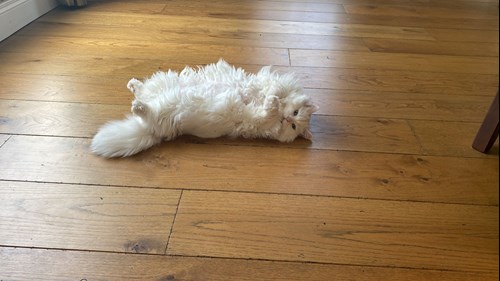 Albert is settled in his new home with daily grooming sessions

“I have to use three brushes so he can attack one of them while I’m doing it. It has to be done though otherwise he’ll end up in the same position. I think you have to get them used to being groomed as kittens or it will always be a battle.”

After a few months of daily grooming, and using a special shampoo for his tail, Albert’s fur has grown back and he’s now back to his former glory.

Jodie added: “Tracy and Albert were meant for each other, it's the retirement he so deserves!”

Why do cats shed their fur?