Kitten who survived Beast from the East but suffered frostbite is now happy in his new home.

When the Beast from the East and Storm Emma struck the UK at the end of February, humans and moggies alike tried to keep warm as the snow fell. Unfortunately, one poor family of cats struggled more than most in the cold conditions.

During a particularly heavy frost in March, Cats Protection’s South Wirral Branch received a phone call from a woman whose long-haired tabby Savannah had given birth.

She had found the mum and her newborn kittens outside in the cold and quickly brought them in to get them warm. Sadly, it was too late for four of the five kittens who had not survived the freezing conditions, but one tiny tabby was still clinging to life. 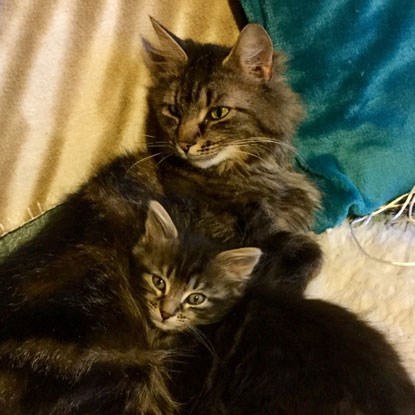 Savannah and her only surviving kitten

The branch’s rehoming volunteer drove to the house straight away and took the mum and her surviving kitten to the emergency vet for treatment.

It was soon discovered that the kitten had suffered from severe frostbite, which had affected the tip of his tail and all of his paws. Each paw has at least one toe missing, and one had even lost them all.

Given a 50/50 chance of survival, there was great doubt that even if this little kitten did pull through, he would never be able to walk again. 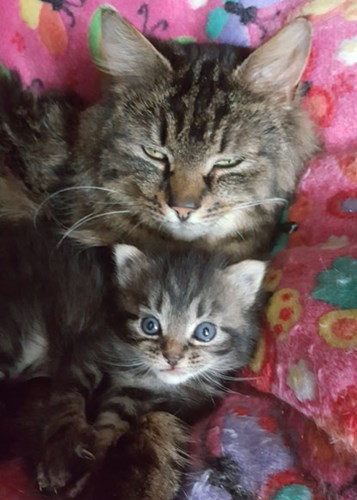 Savannah took good care of her little one

However, as the weeks passed, he slowly managed to gain enough strength to take some very wobbly steps. The volunteers named him Ali, after the boxer Mohammed Ali, because he was proving to be a little fighter, and soon started to see a cheeky personality shine through.

By the time he was six weeks old, he was walking like a normal kitten with only a slight limp on his back foot, the one missing all of its toes. 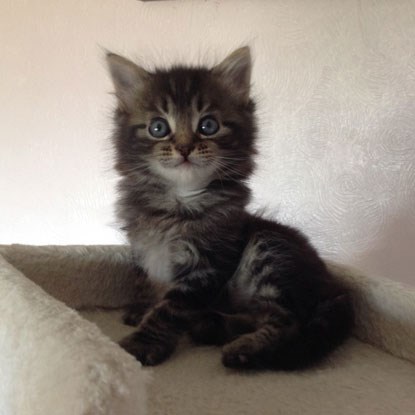 Despite not having many claws, Alan is doing well

Many people came forward to donate towards his care and offer him a home but in the end it was Ali’s vet Matthew who adopted him, charmed by the poor kitten’s spirit and determination. He is now in excellent hands for any future vet care he may need and has been renamed Alan, after actor Alan Rickman.

“We couldn’t be happier with our little bundle of fluff,” said Matthew’s girlfriend Meg. “When we first saw Alan, Matt was worried whether he would survive. Alan has defied all odds and certainly is a miracle. He’s growing in confidence and developing his character each day – turning out to be a very cheeky chap! We are looking forward to many happy years with him.” 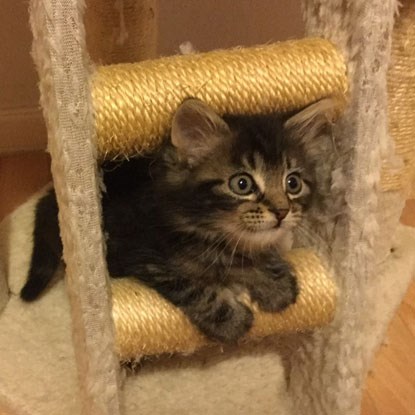 Alan's lack of toes doesn't stop him having fun

Alan’s mum Savannah has also now found a new home after being neutered. She is settling in well now she has come in from the cold and can look forward to a relaxing life without the stress of having any more kittens.

Cats Protection’s South Wirral Branch would like to thank everyone who donated towards Alan’s care and helped him get back on his paws.

To find out how you can support Cats Protection's work to help cats and kittens, visit www.cats.org.uk/support-us 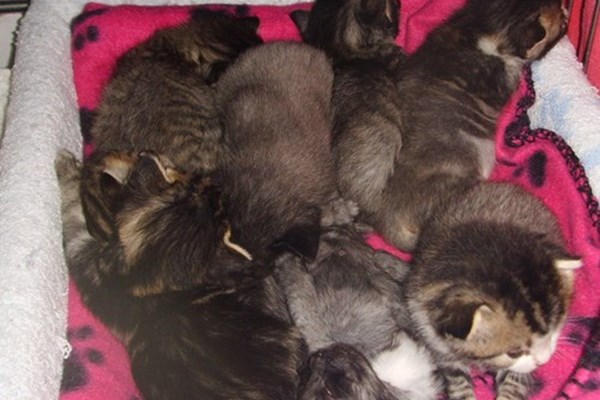