As part of our More Than Just a Cat campaign, we’re saluting the wonderful bond between cats and their owners – Aimee Wilson tells her story.

Blogger Aimee Wilson explains how cats are more than just pets, they’ve helped her cope through mental health struggles and a hospital stay.

Growing up, I always had pets; gerbils, rabbits, hamsters, fish… then, when I was about twelve, my dream came true and my mum finally agreed that we could get a cat! Saffy was like a little companion or friend for the evenings after school when my mum would still be at work. And when I went through a trauma at the age of 15, she could be there for me in ways that no human ever could. When I’d have flashbacks and find myself reliving the trauma, stroking Saffy’s fur helped soothe me and ground me back to reality so that I recognised that I was safe now. 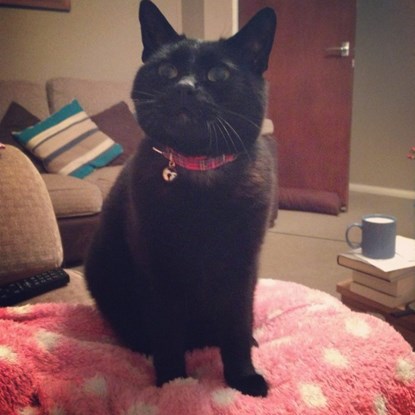 Saffy helped Aimee through her trauma

After my mental health dramatically deteriorated as a result of the trauma, I was admitted to a specialist psychiatric hospital in 2012 that was over 100 miles from home. Of course, I missed my friends and family, but I also missed Saffy. My mum would send me photos and cute videos of her on social media so that I could still see her and that hugely helped to serve as a reminder that she – and many others – had been supportive through my darkest days. I owed it to them – and myself – to put all the effort that I had into working towards my recovery and discharge from hospital.

When, after about a year, I finally started to notice improvements in my mental health, my mum came up with the brilliant idea of buying a cat collar to remind me of my ultimate recovery goal of having my own home with my own cat. That collar hung from a photo frame in my hospital room for a further 18 months before I was finally discharged, and it ended up around my kitten’s neck. 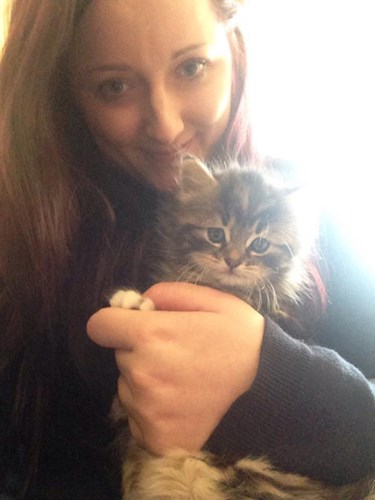 Getting my own kitten, Dolly, was both an easy and hard decision; on the one hand, I knew that I needed company in moving from having people around me 24/7 to being in my own home, and on the other hand; I didn’t want it to look as though I was trying to replace Saffy. This thought became even harder when, one Christmas, Saffy began struggling to breathe and had to be put to sleep. I think that being in my own home and having Dolly made losing Saffy a little less painful because I still had a cat around. It was a lot harder on my mum though, whose only company for the years I’d been in hospital was Saffy, so she got another cat; Millie. 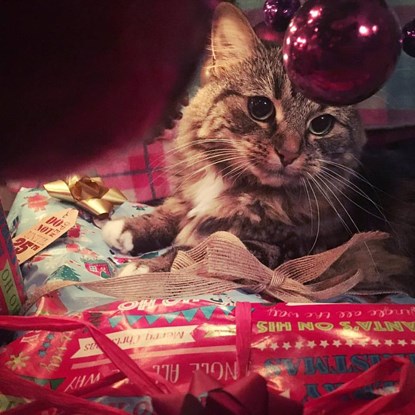 Dolly was a lively companion through Aimee's recovery

Dolly was a completely different cat to Saffy though! She was much more lively and friendly and having her by my side through my mental health recovery meant the world to me. When, in October 2018, her organs began to fail, I was in pieces; I still had my bunny, Pixie, but my house wasn’t a home without a cat in it! So, it took less than a week for me to adopt Emmy, my little calico. 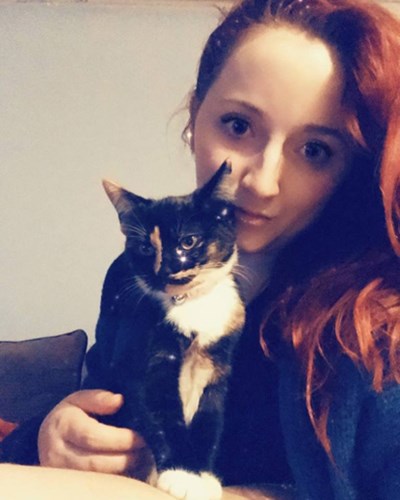 Dolly was a lively companion through Aimee's recovery

It was so much more rewarding to adopt rather than ‘shop’ for a cat because it felt as though I was doing a good deed and that thought helped me whenever I missed Dolly. It’s also nice to be able to give Emmy a good life full of everything she could ever want after her rough start of being found wandering the streets, alone, at only a few weeks old. All cats deserve love but to have Emmy come from a such a horrible beginning into a home that is full to the brim with kindness, care and love is really special. 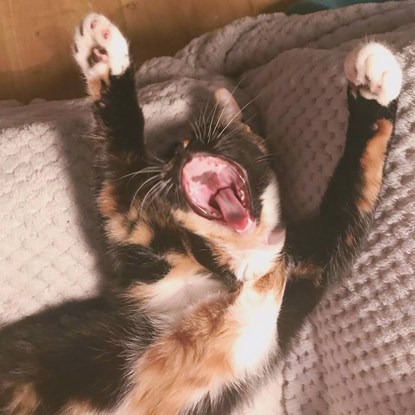 Emmy is settled after having a tough start to life

It’s an absolute honour to be asked by the Cats Protection team to share my story on how cats have benefited my life and I hope that if readers can get just one thing from this piece, then I’d like it to be the knowledge that your cat is more than ‘just a cat’.

Let us know what your marvellous moggy means to you with #MoreThanJustACat and discover more heartwarming stories at www.cats.org.uk/my-cat-is 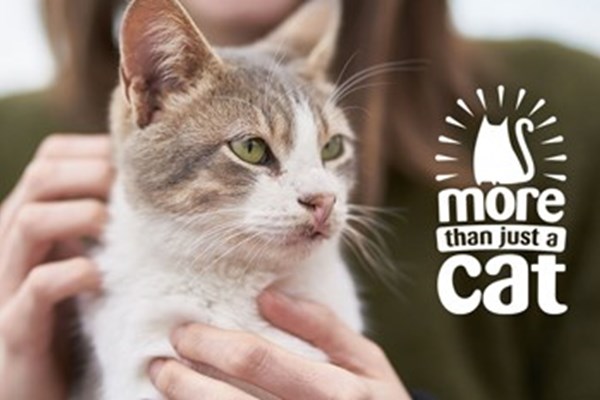