A scrawny kitten found abandoned at the former Blyth Power Station in Northumberland in 1997 is celebrating reaching the grand old age of 22.

Saffi, named after the Absolutely Fabulous character by owner Kath Dryden, was rescued by Cats Protection when she was just four weeks old and placed in the care of a fosterer in Ashington. 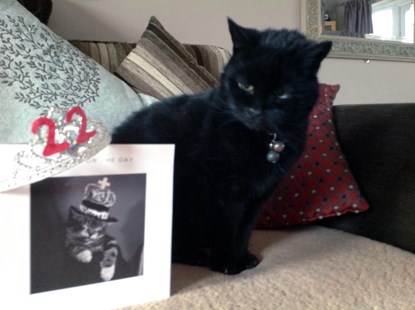 Saffi recieved lots of extra fuss for her birthday

“We had gone to the fosterer to get a companion for our cat Cotton, expecting to get a young adult cat,” said Kath.

“The fosterer told us the story of a young black female kitten who had been dumped at the power station. She left the room and came back with such a scrawny, ugly little mite with whom we instantly fell in love. 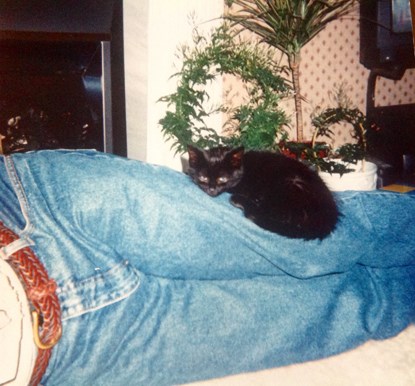 Saffi as a tiny kitten

“She was called Lucy, we handed over £10 donation fee, signed the forms and left with her in her new little carrier.”

The introduction of the new cat, who was renamed Saffi, had an immediate effect on the Dryden’s other cat, Cotton, who kept going missing and returning to their old house. 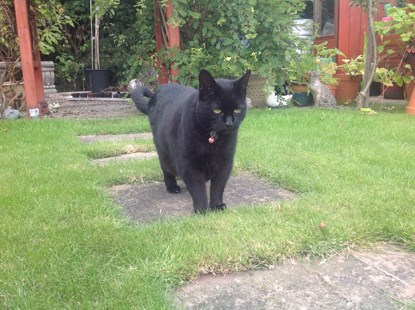 Kath said: “On arriving home her big brother took one look and you could see his brain ticking over thinking ‘oh, so if I leave you are going to replace me. I don't think so’ and never went missing again. So she saved him!

Unfortunately, Cotton passed away at the age of 10 from cancer and Saffi then shared her home with Roobarb and Custard, who have both since passed away. Crumble is the newest addition to the household, although Saffi isn’t a fan of the latest arrival.

Old age had not been without its struggles for Saffi, who has a list of ailments including high blood pressure and thyroid problems. 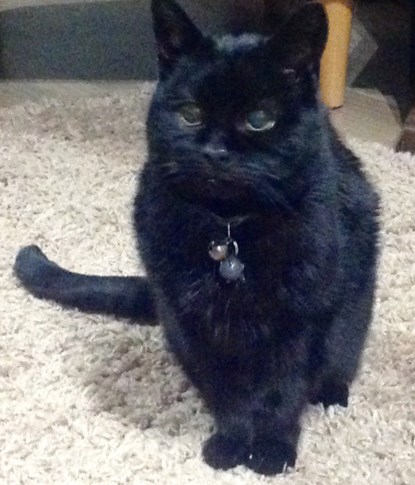 Kath added: “She is now deaf and blind but can map her way around the house easily finding her bed, water, food and a choice of three litter trays. She can still jump up onto the settee and bed but prefers to be lifted up and down.

While getting on a bit, Saffi still has a long way to go to beat the Guinness World Record for the oldest cat – Texan Creme Puff lived for 38 years and three days.

Do you have a mature moggy that has recently celebrated a big birthday? Let us know on Facebook or Twitter.

To find your own life-long feline friend, visit www.cats.org.uk/adopt-a-cat 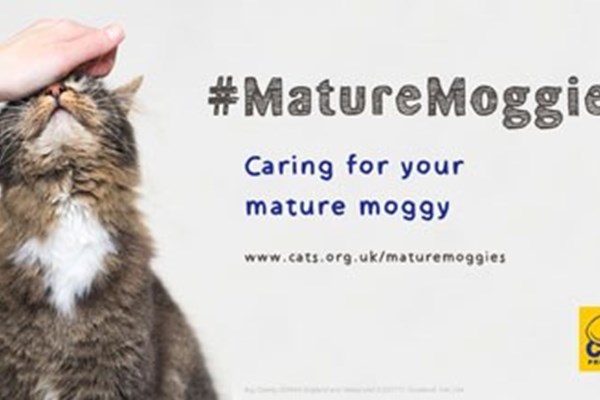 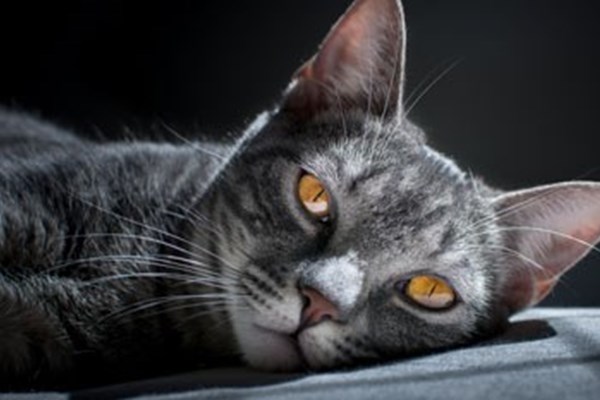 'Are there any supplements I can give my older cat?' and other questions from our Mature Moggies Q&A