Why do cats' eyes glow in the dark?

If you’ve ever woken up in the middle of the night to see two glowing eyes staring at you from you across the room, you might think you’ve found yourself in a horror movie. But the chances are that it’s just your cat gazing at you in the dark, not a scary monster.

Don’t worry, this doesn’t mean that your cat has developed X-ray vision or the ability to shoot laser beams from their eyes, it’s just a strange phenomenon caused by the structure of their eyeballs. 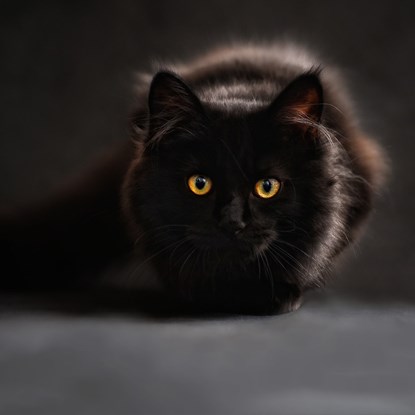 The science behind why your cat's eyes glow in the dark

​Both cats and humans have a layer of tissue at the back of their eyeballs called the retina. This is made up of light-sensitive cells that turn the light we see
into electrical signals. These signals are then sent to the brain, which decodes them to work out what we’re actually seeing.

However, because cats are most active at dawn and dusk when there isn’t as much natural light available, they need an extra tool to help improve their night vision.

Behind the retina in a cat’s eyeballs, there’s another layer of tissue called the tapetum lucidum. This acts as a mirror, picking up any light that passes through the retina and bouncing it back towards those light-sensitive cells, giving it a second chance at being detected.

Not all of this light is picked up a second time around though, as some of it simply passes back through the retina again and travels out through the front of the eyeball. This is what makes it look as though your cat’s eyes are glowing.

Many other animals also have this striking feature, including fish and sheep, but their glow can appear as different colours. This is because the colour of the glow depends on what the tapetum lucidum is made from.

In cats’ eyes, it’s made from molecules called riboflavin and zinc, and the amount of zinc determines how yellow, blue or green the glow appears.

So next time you see two shining eyes staring at you from out of the darkness, you can be pretty sure it’s just the ambient light reflecting back from your kitty’s eyes.

If you don’t have a cat though, then you might need to run!

Why do cats love boxes? Is my cat bored? How to keep your cat entertained 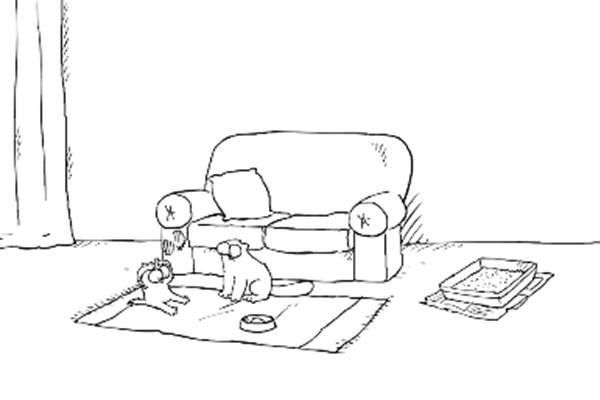 Why do cats make sounds?