12 kittens born to one family in Cats Protection’s care.

Cats Protection’s Gateshead & Newcastle Branch is urging cat owners to neuter their pets after assisting with the traumatic births of two litters of kittens within 24 hours.

There are so many thousands of unwanted cats in the UK, so neutering is one of the best ways to keep the cat population under control.

This traumatic tale shows just how deadly pregnancy and birth can be. 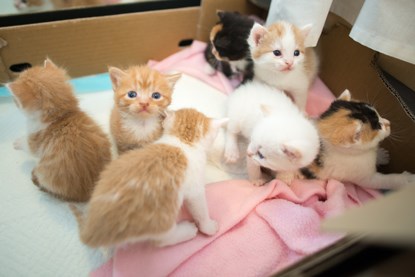 Pregnant cat Polly and her own pregnant mum Molly arrived in the branch’s care in July and soon gave birth to a litter each in quick succession, having 12 kittens in total.

Tragically, one of the kittens was stillborn and another had to be put to sleep at just a day old. Volunteers noticed it had a problem with its back legs and the vet advised that there was no other option. 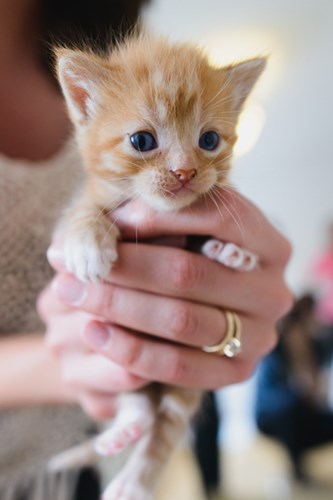 Mum Polly also received veterinary treatment as she was struggling with the shock of motherhood – not surprising as she was only six months old herself. Days later, the volunteers took her back to the vet as she appeared to be unwell and were given the devastating news that she had lymphoma and had to be put to sleep. 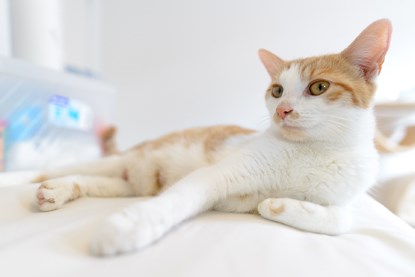 Polly’s mum, Molly, took over the care of her daughter’s kittens as well as caring for her own. The poor cat had already had a litter earlier in the year, and then had 10 kittens to care for at once. Thankfully the volunteers were on hand to help out with bottle feeds. 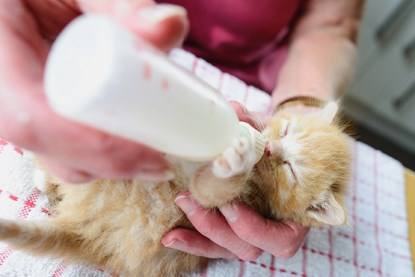 Welfare Officer Barbara Featherstone said: “It is absolutely heart breaking that two cats have endured difficult births when they are just kittens themselves.

“There’s a myth that female cats need ‘just one litter’ before being spayed but this simply isn’t true. We would urge cat owners to neuter their pets from four months old to avoid a similar situation happening again. 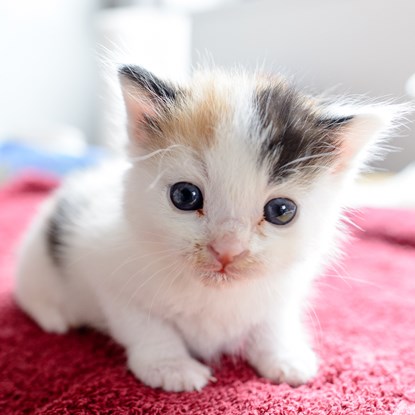 “There are unfortunately thousands of unwanted cats and kittens in the UK and neutering is the only effective way to reduce this growing number.”

Although the kittens are undeniably adorable, their arrival put a huge strain on the branch as it meant that their fosterers were at full capacity and unable to take on any other cats in need.

“Kittens are cute but they are also hard work and their care takes time, effort and money,” said Barbara. 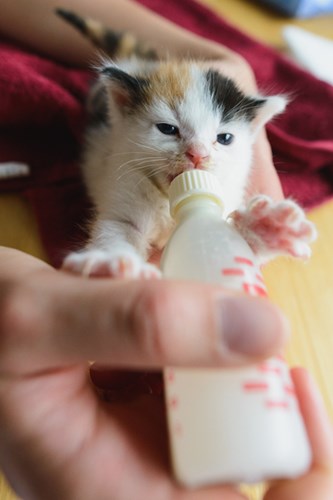 With 10 hungry mouths to feed and vet bills to pay, the branch is appealing for donations to help towards the cost of caring for the kittens until they can be rehomed.

If you are able to donate, please visit the branch’s Just Giving page.

When they reach eight weeks old, the kittens and Molly will be neutered and put up for adoption. If you would like to give them a home, please email fundraising@gateshead.cats.org.uk 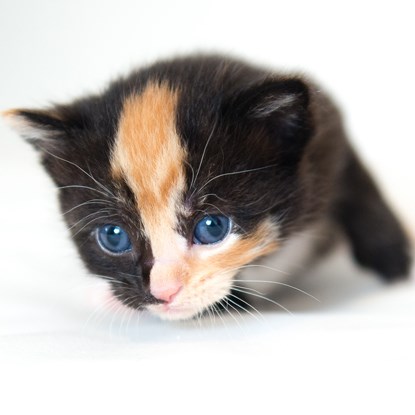 For more information about neutering, visit www.cats.org.uk/neutering or read our World Spay day post where we bust cat neutering myths.

If you need financial assistance for neutering your cat, Cats Protection may be able to help through the charity’s means-tested neutering scheme. Contact our national neutering team on 03000 12 12 12 (Mon-Fri 9.30am-1pm) to enquire about a voucher. 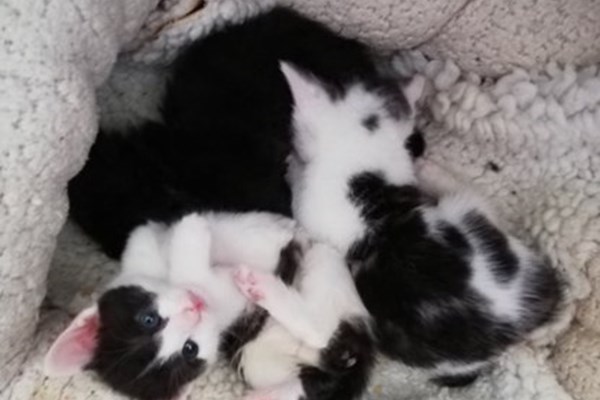