Our Bridgend Adoption Centre Manager, Sue Dobbs, explains how she overcame a personal battle to launch a world record bid for Cats Protection...

Catathon and Moggytastic Cat Costume Show. Just saying those words fills me with a great sense of excitement and anticipation for 30 June 2012. The day, on which 18 long months of planning, organising, uncertainty and, most of all hope, come to fruition in a colourful montage of people dressed as my favourite land animal, cats. Cute Kitties, wild whiskers, posh paws and marvellous mogs will all be gathered together in Bridgend Town Centre in an attempt to break the Guinness World Record for the largest gathering of people dressed as cats, currently standing at 800. It seems like a lifetime away since December 2010 when I had my EUREKA moment during which the idea for the Catathon was born. It happened following a record attempt for the largest gathering of elves in Bridgend and a piece on the news about a record attempt for Santas. The thought just flashed in my head: “we can do the same with cats!” I shared my idea with some of the team at the centre, our Regional Fundraiser and Development Manager. They all thought it was a great idea, so we decided to contact Guinness World Records with the intention of holding the attempt in the summer. Nothing could have prepared me for what unfolded in the next few months. Cancer.

I hear and read about it all the time, know people who have suffered with it but I never expected it to happen to me. It still feels surreal that a visit to my GP in January 2011, for something and nothing, started the ball rolling for a long series of tests and biopsies leading to a diagnosis of bowel cancer in June 2011. Soon after this, I started a six-week course of chemo and radiotherapy treatment. I was determined to stay strong and positive for my family, friends and people around me. The cancer ward I stayed in had an amazing sea view and became my penthouse, the other patients on the ward were inspiring, we used to laugh and joke together to keep our spirits up and talk about our lives and future plans. For me, this was just getting back to a normal life with my family and returning to work, to a job which I enjoy as much today as I did when I started 13 years ago.

I returned to work four weeks after I finished treatment. My illness meant that I’d had to put the plans for the Catathon on hold, but I never lost sight of it. Somewhere along the way, I decided that this would be my comeback event. I had my first all clear in October 2011; this gave me the green light to go ahead with the plans. The attempt is now registered with Guinness World Record, the venue is confirmed and plans for the day are well on the way to being finalised. We had a photoshoot with members of the team and friends dressed as cats, a video to promote the event is in the pipeline, posters are being designed and the publicity ball is starting to roll. All we need now is to get as many people as to let their inners cats come out to be counted on the day to help us smash the record! The Catathon will be taking place almost a year to the day since my cancer diagnosis. To me it’s more than a publicity and fundraising event, it’s a celebration of life with all it has to bring, courage in the face of adversity and the amazing furry felines at the heart of our charity.

You can find out more about the world record attempt on our Bridgend Adoption Centre website. 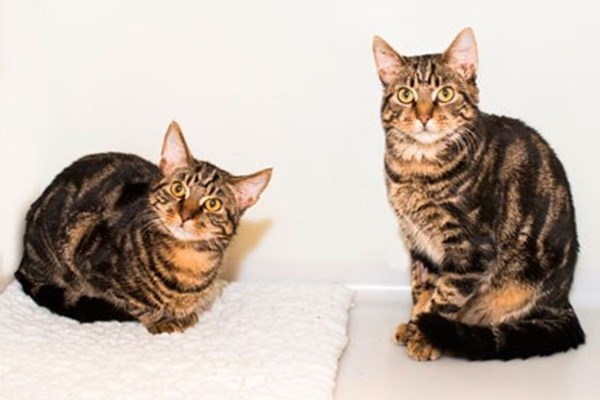