Can you donate to our appeal to help young mum Poppy, who needed an expensive operation after giving birth to six kittens despite being in pain herself?

Poppy came into the care of our North Hertfordshire Branch after we were alerted to a heavily pregnant stray who had been sheltering for some days in the garden of a home in Letchworth. 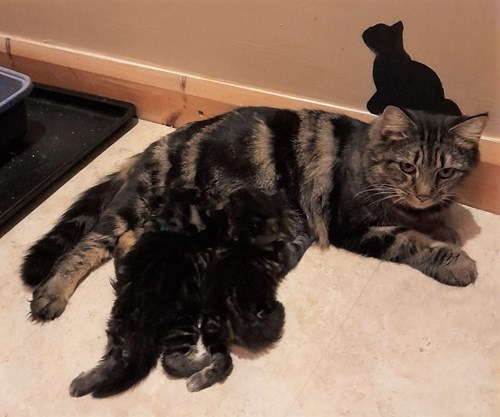 Paula Wilson, an experienced Cats Protection fosterer, said: “Poppy was close to giving birth and there was concern about her health and ability to birth and care for her kittens. This was a cat in need of our help to protect her and her kittens and we didn’t have time to waste.”

During COVID-19 lockdowns we have had to judge each case based on the cat’s immediate health and welfare needs and the safety of our volunteers, and it was deemed necessary and safe to rescue Poppy.

The branch visited the garden and humanely trapped Poppy, who didn’t put up much resistance, given her highly pregnant state. Thankfully, they moved quickly, as Poppy gave birth to a beautiful litter of six kittens within two days of arriving in care. 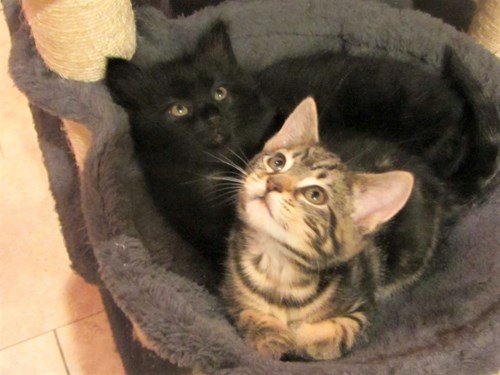 Examination revealed that the effects of living as a stray had taken their toll on Poppy and all six kittens were diagnosed with cat flu, which required a course of medication to contain any recurring symptoms. Thankfully, they responded well and the kittens have already been homed locally.

Paula said: “While with us, we noticed that Poppy wasn't walking quite right and asked a vet to check her over. Poppy was limping badly and our vet noticed that her limp was quite pronounced so suggested an x-ray.”

When the results came in, Poppy was found to be suffering from a luxating patella – better known as a dislocating kneecap. An operation would be required to correct the problem and prevent worsening pain and discomfort for Poppy, who is believed to be around three or four years old. 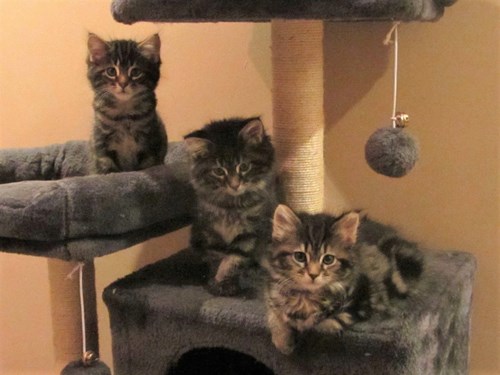 Three of Poppy's kittens who have now found new homes

Such a major operation will cost at least £2,000, which will place a significant dent in the branch’s funds, especially in a year when fundraising has been cutback due to the pandemic.

A JustGiving appeal has been set up to raise funds for Poppy’s operation and aftercare. Any donations above the cost of Poppy’s medical costs will go towards other cats in care at our North Hertfordshire Branch.

Paula said: “Poppy is a sweet little girl who has been an amazing mother, nursing her gorgeous kittens despite her own discomfort. Now it is her turn to have all the attention before she can go to her forever home free of any more pain.”

Jessica Watkins-Childs, Cats Protection’s Regional Fundraising Manager, said: “Most of our usual fundraising events and activities have been cancelled and this has impacted our work. Our branches are run by volunteers who rely on donations and support from local communities and I hope that we can ask people to dig deep to help Poppy’s appeal.”

For more information about how you can support the work of Cats Protection to help unwanted cats and kittens, visit www.cats.org.uk/support-us