Despite being floored by COVID-19 in the summer, 48-year-old Sean Ryder will be banking on his resilience when he steps into the ring for a white-collar boxing bout in aid of Cats Protection.

Sean with his cat Moscow and daughter Poppy

“Covid takes its toll on you,” said Sean. “It was tough and it’s taking a long time to shift. Until very recently I wasn’t even sure I’d be up for this fight. But knowing that I’d committed to doing it for a charity very close to my heart really encouraged me to pull through.”

The White Collar Boxing League® gives fight fans, from business professionals to boxing enthusiasts, the chance to apply for access to a free eight-week professional training programme and take part in an event to raise money for charity.

Sean was driven to make such a dramatic fight back from COVID-19 by a wish to encourage his six-year-old daughter Poppy.

“You try to guide your children, but often actions can be more powerful than words,” added Sean. “As well as supporting Cats Protection and helping cats in need, I wanted to show my daughter that it is possible to approach any nerve-inducing or scary situation with focus, commitment and self-belief.

“I just hope I can carry through on that valuable life lesson and make her proud of her dad when I step into the ring.”

Sean, who lives in Caterham with his wife Shiralee and the family’s two 11-year-old cats, Pompey and Moscow, will take to the ring in aid of our East Surrey Branch.

Since recovering from the virus, Sean has returned to training at the Boxing Booth Gym in Merstham, where coaches are overseeing his return to form. 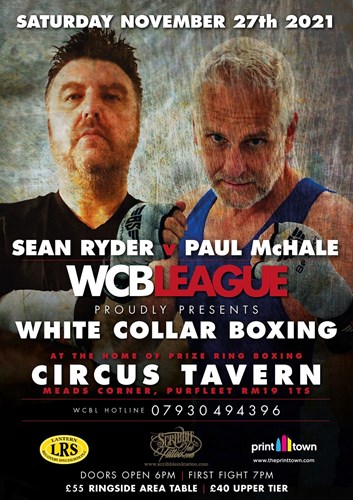 He said: “I have my work cut out as I haven’t been able to do as much preparation as I’d like and I'm a bit concerned that the poster for the fight makes me look a lot tougher than I am.

“I’m 48, heavy and have little to no talent for boxing or any natural aggression, so it’s fair to say there is significant apprehension on my part, but I’m committed to being fight-fit, especially as I’m doing it for the cats.”

Sean is no stranger to sporting challenges or the importance of determination and the right frame of mind to succeed. He ran a sports psychology consultancy, working with professional boxers and footballers. Taking to the ring himself is a different game, as Sean knows from his first venture into boxing.

He said: “My first white-collar fight was in 2011, but I wasn’t able to really focus as my mum was taken into hospital with an aneurysm two weeks into training and she passed away two weeks before the fight.”

Sean’s employer Deutsche Bank runs a charitable programme that will match donations to his fundraiser up to the value of £1,000, raising even more cash for cats in Surrey.

The bout will take place at the Circus Tavern in Purfleet on Saturday 27 November. If you would like to donate to Sean’s fundraiser, you can visit his JustGiving page. 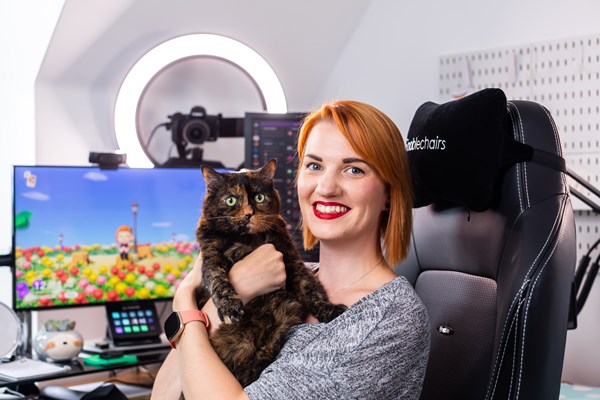 Gaming, baking, board games and more can help raise money for cats