Cat Dusty helped his owner at the lowest point of her mental breakdown.

Eve Hawker from Romford in Essex says her mental health has improved dramatically since adopting her feline companion, Dusty. 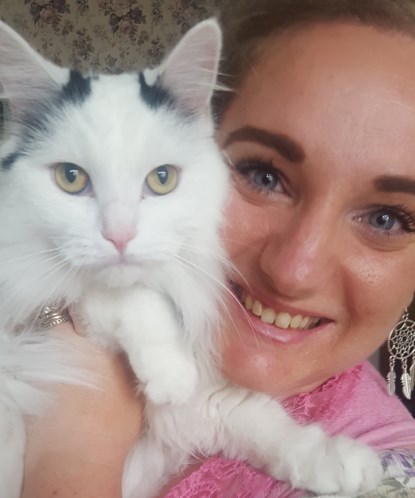 Eve was struck with anxiety from a young age but had always just thought of herself as a ‘worrier’.

However, in January this year she suffered a complete mental breakdown and was signed off from her job as a nursery nurse, which she found very difficult to come to terms with. She later resigned in order to take a complete break and find out who she was again. 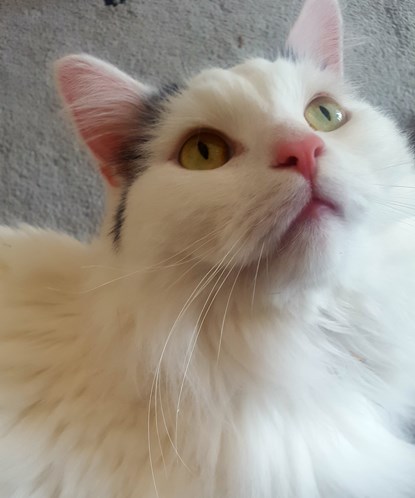 During a therapy session in early March, Eve came to the realisation that she had often based her life around the needs and opinions of others and was encouraged to think about what she really wanted.

She admitted that she had always wanted a cat, so that evening Eve started browsing the website of Cats Protection’s Hornchurch & District Branch. 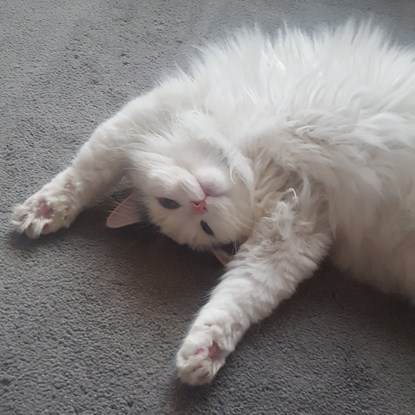 She was instantly drawn to a fluffy white-and-black cat called Dusty, so she sent in an enquiry about him. The next day she was contacted by the branch and arranged to visit him at the home of his fosterer, Chris.

Despite being told that Dusty was quite a shy cat, within two minutes of entering his pen Eve was able to stroke him and spent the next hour getting to know him. 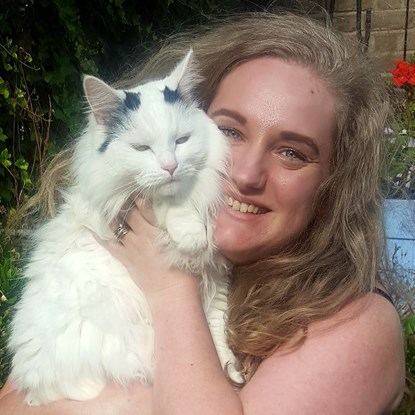 The next challenge was to see if Dusty would be ok with Eve’s husband Stuart, as there was a note on his record that he didn’t get on with men. Happily, the pair also hit it off well and Dusty seemed totally at ease. Eve was so relieved that she reserved him that day and soon took him home.

Eve said: “Seeing him for the first time it was love at first sight and the rest is history. That was when I was at the worst of my breakdown and I feel he came to me just in time. 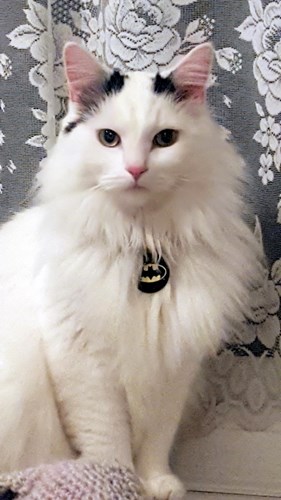 “I’m so grateful to Cats Protection for bringing Dusty and me together. He has saved me and given me a purpose as well as more love and affection that I ever expected. He’s always with me and will help when I’m not feeling myself by nudging my hand and being even more affectionate than usual.

“Since having him in my life, my confidence has started to come back and I’m in a much better place and I absolutely believe he has played a huge part in improving my mental health.

“Dusty is so much more than just a cat, he’s my little angel.”

Let us know what your marvellous moggy means to you with #MoreThanJustACat and discover more heartwarming stories at www.cats.org.uk/my-cat-is 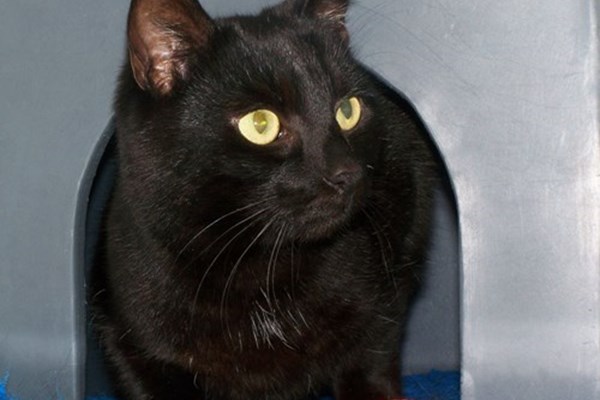 Why gifts in wills matter