Tales of courageous cats from around the world – part one.

With the six National Cat Awards finalists announced and animal lovers across the United Kingdom waiting to discover who will take the overall title at this year's ceremony, we decided to take a look at some amazing moggies from other countries whose heroic and life-changing deeds have won them worldwide recognition.

By waking her family as fire spread through their home, last year's UK National Cat of the Year, Tink, provided an outstanding example of the differences cats can make to the lives of the humans they come into contact with. But, as similarly astonishing accounts from across the globe demonstrate, such feats are by no means confined to these shores.

One of the most memorable and widely-viewed acts of feline bravery took place in California in 2014 when a four-year-old child was suddenly and viciously attacked by his neighbour's dog. The attack saw Jeremy Triantafilo dragged off his bike and pulled along the pavement. The wounds he sustained required 10 stitches, but his injuries could have been much worse had it not been for the instinctive actions of the family's cat, Tara.

Having been adopted by the Triantafilos after following them home from a park, stray tabby Tara had become a much-loved member of the family. Usually a mellow soul, she displayed a different side of her character when she saw Jeremy being attacked. As the dog began to drag Jeremy towards the road, Tara barrelled into him at full speed, making him release his grip on the child's leg and sending the attacker scurrying away.

The action, which was caught on a number of security cameras in the area, was uploaded onto YouTube and has since been watched by millions of people around the world. Tara was bitten while protecting her human friend but survived the confrontation otherwise unscathed. Along with her global recognition, she now enjoys the lifelong gratitude of her adoptive human family.

Another incident, this time on the other side of the world, provides an alternative, but equally heart-warming, example of the caring nature of felines and their seemingly innate desire to protect life.

When Irina Lavrova, a resident of an apartment block in the Russian city of Obninsk, left her flat to investigate a series of urgent meows coming from the hallway outside, she was amazed to discover a long-haired moggy wrapped around a human infant that had been abandoned in a cardboard box.
It soon became apparent to her that the baby had been kept warm in the freezing temperatures by the same stray tabby who was now raising the alarm with such urgency. The paramedics called to the incident reported that the stray, known as Masha, continued to meow loudly as she followed the ambulance carrying the child to safety, adding that the warmth provided by the long-haired moggy probably saved his life.

Already a well-known resident of the block, Masha's quick-thinking deed saw her rewarded with extra treats from her admiring human neighbours.

You can read the second part of our heroic moggies series on the blog this Wednesday.

Find out more about the National Cat Awards. 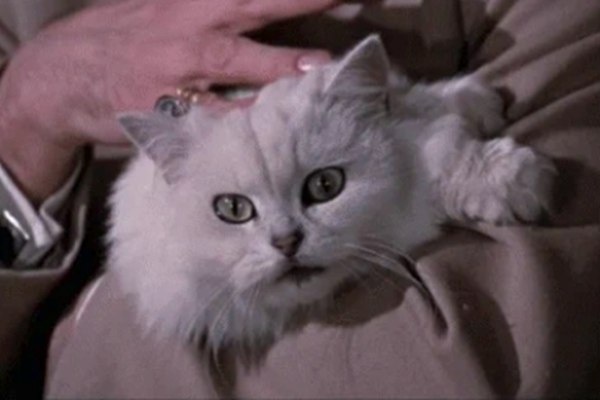