Staff at the Go Northeast Bus Depot grew concerned for the wellbeing of a white-and-black cat who they had seen darting under buses and cars at the busy hub. 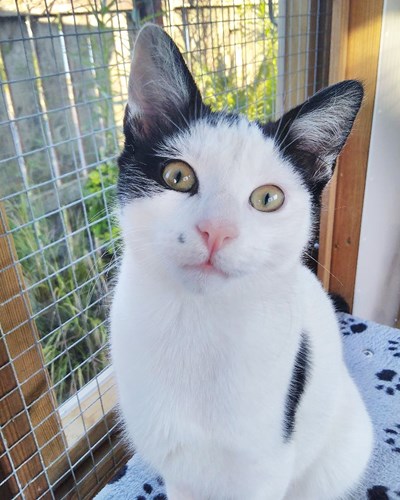 Using food to entice him out, he proved easy to catch as he was so hungry. He was placed in an office until the end of the day, when an employee then took him home for the night.

Volunteers from our East Northumberland Branch were called in the next day and the moggy was taken in to care and aptly named Arriva. 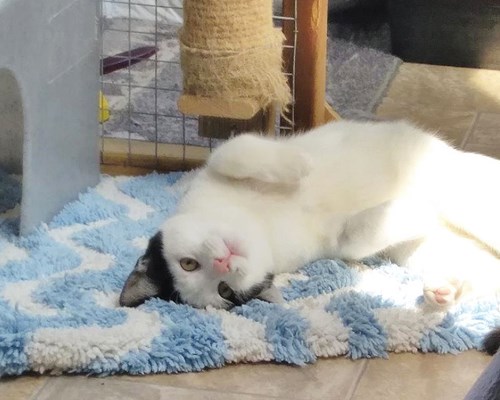 “We are extremely grateful to the staff at Go Northeast for taking care of Arriva and calling us in to help,” said Branch Coordinator Sascha Dean, who has been fostering Arriva. “He is only about four or five months old and it would have been difficult to fend for himself. He was a little underweight but, thankfully, not in too bad condition and he has slowly been putting on weight.

“He’s a confident little boy who loves playing. Ping pong balls are his favourite. He is also an affectionate lap cat once playtime is over. 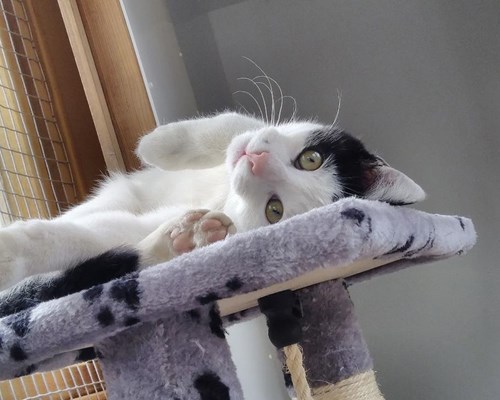 “He is quite excitable and gets carried away easily so would be best suited to a home with no children or older children,” added Sascha. “He's very gentle but does believe hands are for playing with. He's only young so I'm sure he'll learn hands are not playthings.

“He seems to like dogs. When he sees our border collie in the garden through the pen window, he gets very excited, paws at the windows and chirps, so I think he has probably been around a friendly dog.” 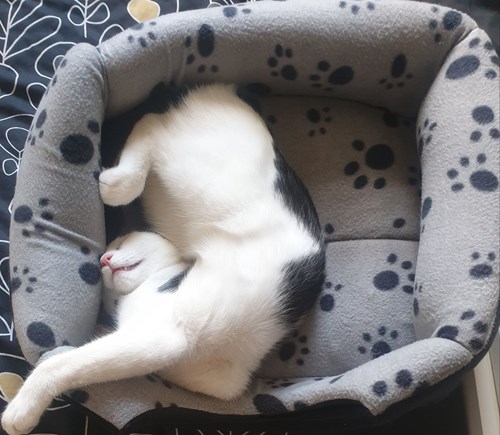 It didn’t take long for Arriva to catch the eye of his new owner Claire, who has since renamed him Binx.

Claire said: “He's settled into our routine really well, he loves being outside but doesn't venture too far and usually comes back when we call him. He still likes company and will seek us out to ‘ask’ us to play or cuddle. Binx has almost learned how to play fetch, but only manages to get the ball halfway back to us.”