Follow the progress of Daisy and her kittens with our kitten watch series.

They are already starting to find their independence and their individual personalities are starting to shine through. Eira is the confident one – as soon as the pen door opens she waddles over to see what's going on. Emma is the nervous one but she is also the smallest of the four. Dewi is the laid back kitten and Daffodil is a total mummy's girl as she is often found with Daisy's paw wrapped around her for some cuddles. 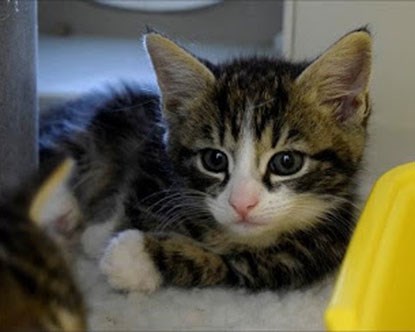 Dewi is the laid back kitten

Each of the kittens are happy wandering around their pen, drinking water from a bowl and learning to play with their toys. They have also begun teaching each other important social skills, including something called ‘bite inhibition’ which can see in the video below. This is when kittens learn to use their mouths safely, as their sharp teeth could easily cause harm by biting too hard, particularly when they are adult cats. They practice using their mouths on their litter mates, who will quickly let them know if they are biting too hard! Kittens that don’t learn appropriate bite inhibition as youngsters can sometimes be too forceful with their mouths when older, causing pain to other animals or humans even if it was just intended as play.

At three to four weeks old, kittens can start to be weaned away from their mum, so Daisy will soon be able to get some well-earned peace and quiet at meal times. 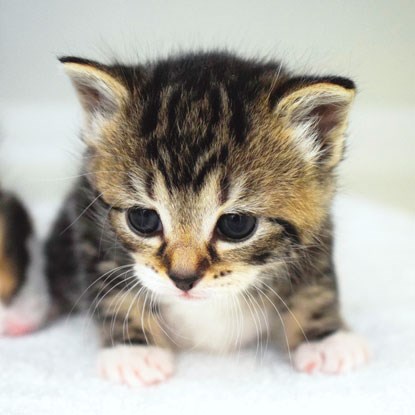 Emma is the nervous kitten and the smallest of the four

It’s important that kittens feed from their mother in their first few weeks as her milk contains vital antibodies that will protect them from disease, but when they are three to four weeks old they will start to need the added nutrients that they can only get from kitten food. 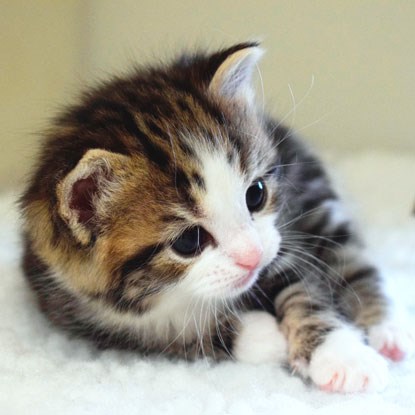 Weaning needs to be a very gradual process, so the kittens will first be given diluted kitten milk in a shallow bowl while they also continue to suckle from their mum. Then, over three to four weeks, an increasing amount of wet kitten food will be added to the milk until the kitten is eating only solid food. 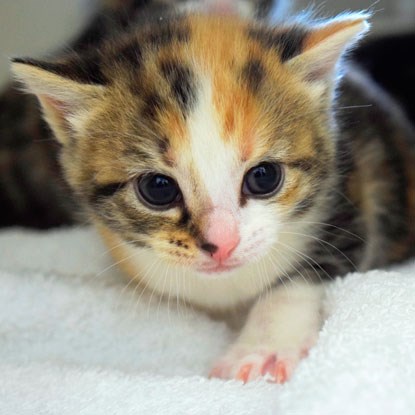 Daffodil is a mummy's girl who loves cuddles with Daisy

Daisy’s four kittens have already started trying to get their paws on their mum’s food, so it looks like they will have no problem switching to solids. When they are eating, Daisy will be able to go into the pen above theirs for a nice break while the centre staff monitor the kittens’ progress closely to make sure they are eating well. 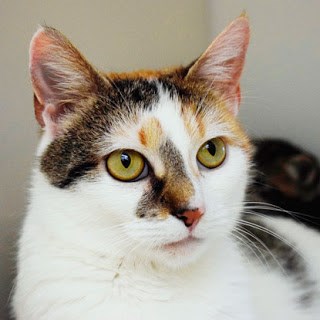 Daisy is ready for a well-earned break from her kittens

Over the next few weeks and months, we will keep you updated on Daisy’s and her kittens' progress, but if you would like to help towards the cost of her care at the Bridgend Adoption Centre then you can sign up to become a Cats Protection sponsor. Daisy is one of our many sponsor cats, so from as little as 19p a day you can sign up to help us provide her with the shelter, food, medical care and love she needs and receive regular updates about her and the other cats you are helping in return.

Alternatively, if you would like to make a one-off contribution to Daisy's care, you can donate via Bridgend Adoption Centre's Just Giving page.

Although the arrival of kittens is exciting, giving birth can be incredibly stressful for a cat and the kittens would need to find new homes, so we recommend getting them neutered from four months old. There are already thousands of cats waiting to find loving homes across the UK, so neutering is the most effective way to reduce the number of unwanted cats coming into our care. Find out more about the importance of neutering your cat.

The importance of socialising your kitten