Curious cats who live or 'work' in train stations.

For most of us, visiting a train station is a purely transitory experience. It's a 'nowhere place'; an inescapable interlude that we endure because it gets us to where we want to be. For some, however, stations represent a destination — and we’re not just talking about humans. 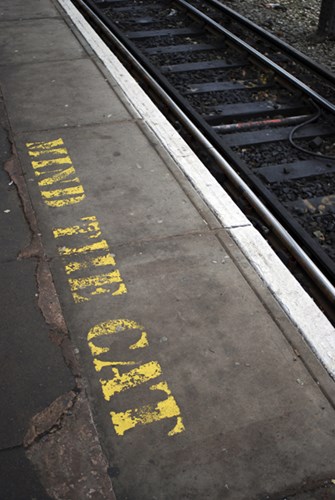 In September, the Citizens Advertising Takeover Service grabbed the headlines by replacing all the advertisements at Clapham Common tube station with photographs of cats, including many waiting to be rehomed by Battersea Dogs & Cats Home and Cats Protection.

But while many busy South London commuters were undoubtedly buoyed by the fleeting appearance of 68 adorable moggies staring back at them from the station's grey walls, few would have realised just how many of their fellow train users across the UK get to experience the real thing on a daily basis.

Earlier this year, managers at Huddersfield station announced that they were promoting a member of staff that had been working at the West Yorkshire hub for five years. The fact that this was no ordinary promotion was reflected in the announcement making it onto the pages of a number of national newspapers.

Black-and-white longhair Felix had been taken on by the station in 2011 in order to resolve its rodent problems. She acquired her name before staff realised they had mistaken the gender of the then nine-week-old, but the name stuck as the popular moggy became part of the furniture. So vital has she been to the day-to-day running of the station, in fact, that when impenetrable ticket barriers were installed, they included an integrated cat flap bearing her name. 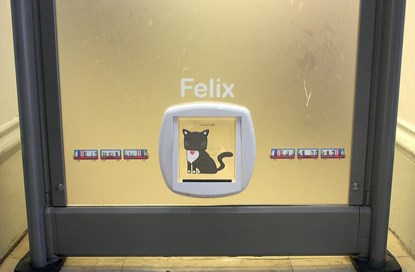 Felix’s promotion to Senior Pest Controller brought with it a badge but her daily tasks remain unchanged: catching mice and brightening the lives of her 90,000 Facebook followers and the thousands of commuters that pass through the station every day.

One station with even more experience of felines than Huddersfield, meanwhile, is Kent's Tonbridge railway station. Back in 2010, an enlightening two-part feature focusing on cats residing in train stations appeared in our magazine, The Cat. It featured Jill and Louis, a pair of moggies that had become such an important part of everyday life at the station that plaques were erected in their memory after they passed away.

Since that article was written, Jill and Louis’ legacy has been continued by a black-and-white eight-year-old cat who took up residence at the station last year when her owners moved out of a nearby house. It's no great surprise that Sapphie has become a big hit with passengers at the Kentish commuter station and Southeastern Trains have even made her the star of a 90-second video that forms part of its ‘Amazing Journeys’ series.

According to the Kent Online website, Sapphie has made her home in the Station Manager’s office — the only part of the station where litter can be put down for her — and has the run of the premises. In return for being the staff’s ’little extra helper’, she is spoiled by commuters who have brought her treats and even a bed.

However while Felix was adopted by staff for a specific purpose and Sapphie found a new home with the blessing of her previous owners, a recent story in The Herts Advertiser reminds us that, while cats are often welcomed in by train station staff and commuters, their histories aren’t always straightforward.

After spending a year at St. Albans City station, ‘Brian’ is waving goodbye to the rattle of locomotives and the bustle of rush hour after staff discovered he belonged elsewhere. The black-and-white moggy turned up at the station in 2015 and, as his visits became more regular, he was greeted with food and water and allowed to sleep in the heated storeroom during the winter months.

It had been assumed that Brian belonged to owners of a nearby property and had simply come to enjoy the surroundings (and mice!) at the station. However over time it became apparent that this wasn’t the case and a member of staff decided to take him to a veterinary clinic for a check-up.

From looking at the information stored on his microchip, the vet discovered that ‘Brian’ was actually named Obama and that his true home was some 25 miles away, in London. It emerged that he had escaped three years before while his owner was visiting a relative in St. Albans and had, apparently, survived on his own until he found sanctuary at the station. While this is a happy ending – and a stark example of why microchipping pets is so important – 'Brian' is already being missed by the staff and passengers who had become used to his comforting presence.

But as the commuters of St. Albans wait patiently for their next feline traveller, it seems there are evidently many more train users in the UK enjoying the heart-warming sight of moggies mingling with staff and passengers on busy platforms. As long as they are healthy, happy and aren't being missed by their owners, it's nice to know that these 'first-class felines' are transforming tiresome train journeys across the country. 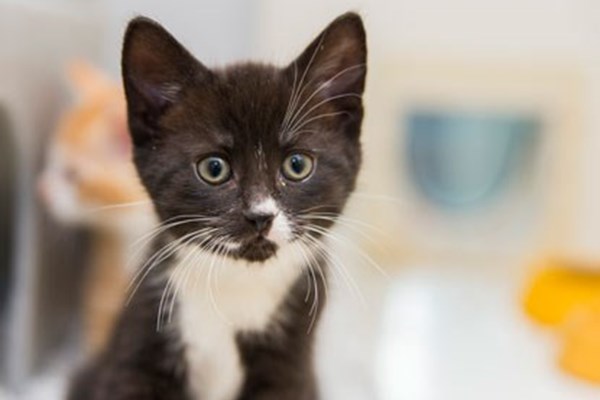 Rogue spirits and ruined toys: strange reasons people have given up their cat 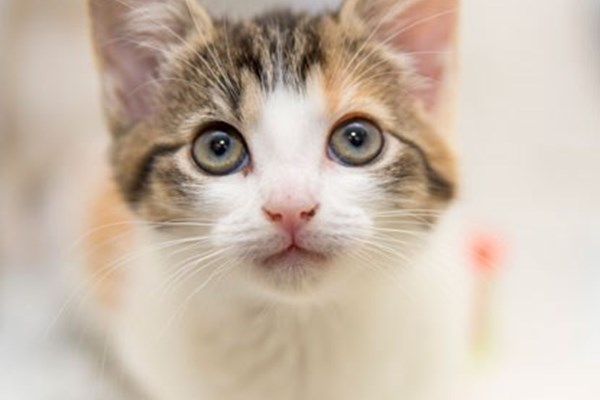