When Isle of Sheppey residents became concerned about a stray cat they had seen scavenging and limping in the local area, they alerted volunteers at our Swale Branch in Kent. 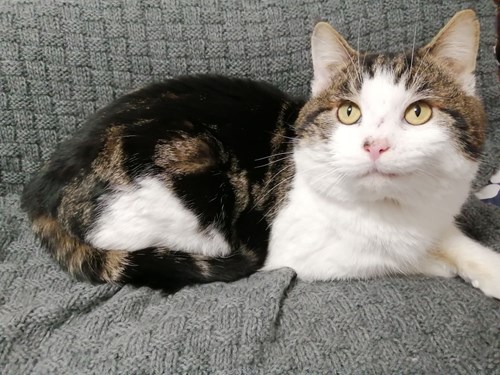 Poor Oak suffered with his injuries for years

Kim, Swale Welfare Team Leader said: “One resident offered to help trap him so we could have him checked and treated by a vet, who suspected that he’d been clipped by a car at some point as he had teeth missing on the same side as an injured leg. Sadly, the leg injury was quite old and it had self-healed, leaving him arthritic, hence the limp.”

The cat, now named Oak and thought to around eight years old, was very friendly and sought attention, so the volunteers decided to place him with a fosterer to prepare him for adoption. 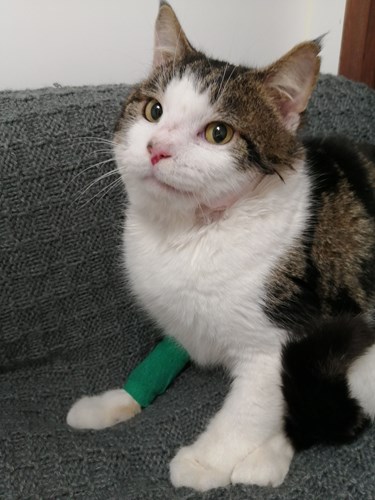 Oak has recovered well from his treatment

While giving him affection, his fosterer found a lump below his cheek. As he had been booked in for a dental procedure it was decided that the lump should be checked at the same time.

“This is when our mouths fell open,” said Kim. “It’s not often we are blindsided by a cat but Oak had us all gaping in shock. The vet discovered that the lump wasn’t cancerous, as we had feared. In fact, it was shrapnel from an air rifle pellet. Poor Oak had been shot in the cheek.”

The vet wasn’t able to judge when the shooting occurred as the wound had healed and fur had grown over to hide any sign of injury. Likely, this meant the wound was some years old. Thankfully, the vet was able to remove the pellet, clean up the wound and prepare Oak to recuperate in the loving care of his fosterer. 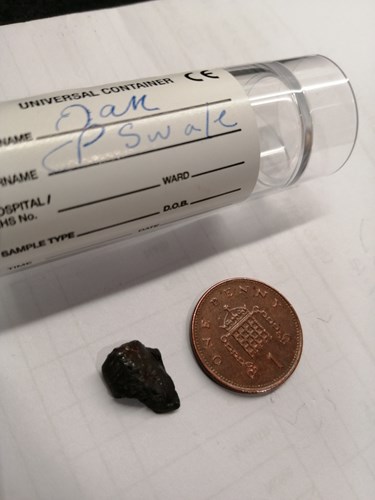 “We were shocked and saddened by his injury, but since being treated and coming into care he has been very sweet and affectionate,” added Kim. “He was just a nervous stray who wouldn't allow the feeders to get near to him. We are confident that he will become a very loved member of his new family.”

Despite the pain he has suffered in the past, Oak’s story has a happy ending. He has recovered well from the treatment and has been reserved by a loving new family. Plans are underway for him to be delivered to his new forever home soon.

Kim said: “The cost for his treatment is between £300-400 and it’s not something we had budgeted for, so we’re scraping the barrel to be able to cover the bill. We would be very grateful if our loyal supporters were able to help in any way. Without their continued support we couldn’t do the necessary work for cats in Kent.” 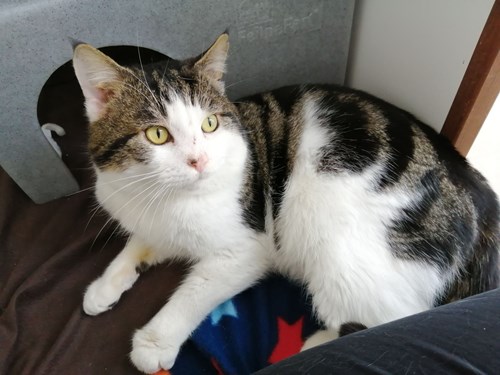 Donations towards the vet bills for Oak and other cats under the care of our Swale Branch can be made on the branch’s Facebook page.

Cats Protection is calling for licensing of air guns in England and Wales to prevent cruel shootings like those suffered by Oak. Over 110,000 supporters have signed our petition and over 50,000 members of the public wrote to a government call for evidence, which was launched in October 2017.

Madison Rogers, Senior Advocacy & Government Relations Officer at Cats Protection, said: “Cats Protection regularly hears heart-breaking stories of cats which have suffered significant injuries as a result of being shot with an air gun. Our research shows that 90% of air gun attacks on cats reported in the press happen in England and Wales where these lethal weapons are not licensed. Prevention is always better than prosecution, and a sensible approach of air gun licencing is needed to deter the shootings of cats and other animals.”

To find out more about our air guns campaign and sign our petition calling for a change in the law, click here.