Five-week-old kittens that were ditched in a dilapidated caravan have been rescued and rehomed.

Three five-week-old kittens that were dumped in a derelict caravan by the River Great Ouse have recovered from their ordeal and found new owners. 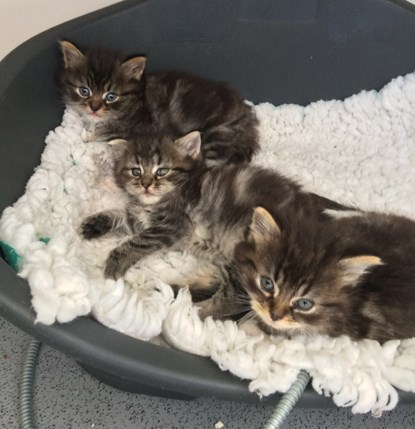 The caravan kittens after their rescue

The team at Cats Protection’s Downham Market Adoption Centre were alerted to the kittens on 1 July by workers who were carrying out maintenance at the end of the charity’s property.

Named after cocktails, the kittens Jack Rose, Jagertee and Jazmin were covered in fleas and needed some urgent TLC. 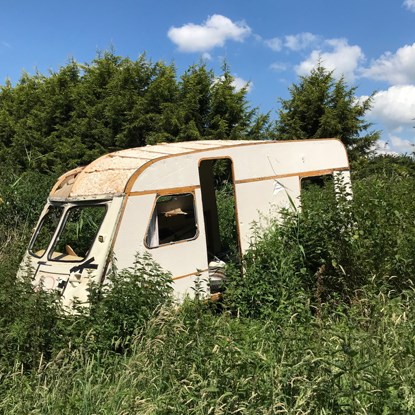 The caravan where the kittens were found

“At five weeks old, the kittens were far too young to be separated from their mum. Our team of cat care assistants had to encourage them to go to the toilet and eat solid food”, said Lindsay Tempest, Adoption Centre Manager.

One of the charity’s neutered resident mousers, Selby, who helps with rodent control, was also found curled up with the kittens in the caravan. 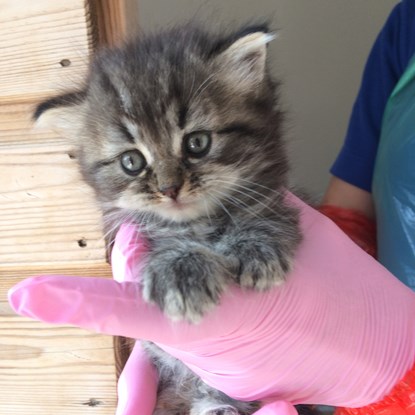 “Selby must have spotted the kittens in need and snuggled up to them for protection,” added Lindsay.

“We believe the kittens were dumped as, apart from being covered in fleas, their long coats were in great condition and they are super friendly. 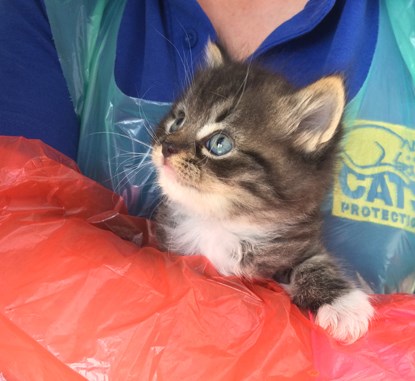 “I urge anyone who is no longer able to care for their cat or kittens to get in touch with us. We understand that life can change drastically and rapidly, so there’s no judgement when cats and kittens are handed over to us - we just want them to be safe and well.

“It also helps if we can be given as much information as possible about a cat or kitten’s history, personality and likes or dislikes which we can pass on to future adopters. 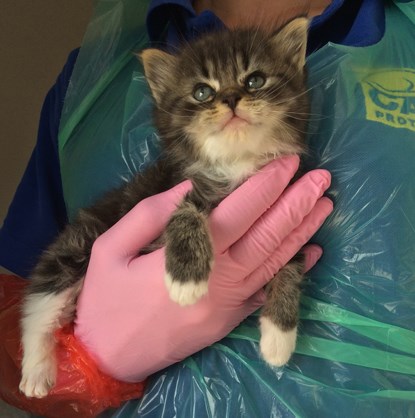 “Supported this year by players of People’s Postcode Lottery, cat care assistants here at the centre had to find out everything an owner would have been able to tell us in a few minute. It was a gradual but important process which ensured the kittens had the most nurturing time here at the centre before being matched with the ideal home.”

Happily, Jack Rose, Jagertee and Jazmin have now found their forever homes, after being neutered, microchipped and vaccinated by Cats Protection.

If you would like to donate towards the cost of the kittens’ care, you can visit www.cats.org.uk/downhammarket

The importance of socialising your kitten