I've spotted a cat with the tip of its ear missing – what does that mean?

If you’ve ever spotted a cat with the tip of one of their ears missing, you might assume they’ve been involved in a fight or had an accident. However, it’s more likely that it has been removed in a common procedure called ear-tipping or ear-notching, a humane way of signifying that a feral cat has been neutered.

Why are feral cats ear-tipped?

Feral cats are cats who are not used to being around humans and so cannot be kept as domestic pets. They prefer to live outdoors on their own, or in colonies with other feral cats, and can be thought of as wild animals. 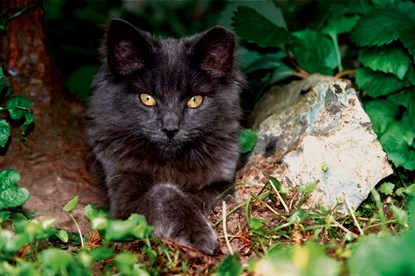 As cats are prolific breeders, the number of feral cats in the UK can quickly get out of control, so animal welfare organisations such as Cats Protection carry out trap, neuter and return (TNR) programmes. As well as reducing feral cat numbers, this also helps to keep the cats healthy as it stops them from spreading infectious diseases through mating and fighting.

Trapping a feral cat to get them to the vets for neutering can be quite a difficult and time-consuming process. Feral cats are typically afraid of humans and don’t like being confined in small spaces so it can take a lot of time and effort to entice them into a trap. To make sure that an already neutered feral cat does not need to be unnecessarily trapped again and again to check if they’ve been neutered, their ear tip is removed while under anaesthetic as a quick and easy signal.

Is ear-tipping painful for the cat?

The tip of the cat’s ear is surgically removed while they are under anaesthesia for their neutering operation, so they don’t feel a thing. 10mm of the tip of the left ear (slightly less in kittens) is all that’s removed and once the cat is awake, the ear heals very quickly with no lasting effect on the cat’s welfare. They probably won’t even notice it’s happened! Meanwhile, they’ll live a much happier and healthier life and they won’t need to be trapped again for neutering!

Why don’t you microchip the cat to signify they have been neutered?

It might seem a much simpler and less invasive solution to microchip the cat once they have been neutered, so that a quick scan will reveal they’ve had the operation. However, there’s one major problem with this. Getting close enough to a feral cat to scan them with a microchip scanner is not easy, as they will likely run away. This means they would need to be trapped in order to scan them, which would cause them a great deal of stress. It’s much better for the cat if they can be identified as being neutered from a distance, and so ear-tipping is the ideal solution.

What should I do if I spot a feral cat without their ear tipped?

If you think you’ve spotted a feral cat without a missing left ear tip, get in touch with Cats Protection to see if they can come to trap and neuter them and then return them to their original territory. You can get in touch by calling 03000 12 12 12 or emailing info@cats.org.uk

For more information about feral cats and TNR, visit https://www.cats.org.uk/help-and-advice/lost-found-and-feral-cats/feral-cat. 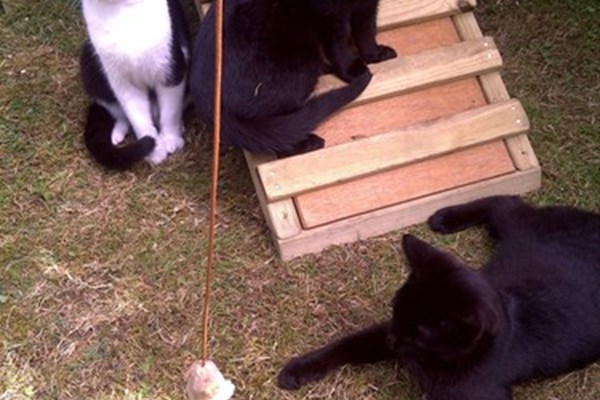