Korvo and Smudge were born to a feral mother who was a frequent visitor to a home in Raploch, Stirling in Scotland. She was fed by a kind local resident who was concerned with the welfare of unowned cats in the area. 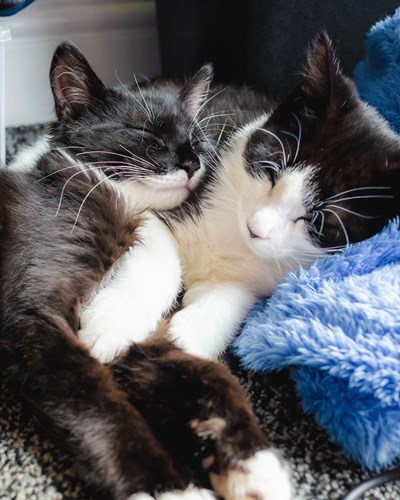 Korvo and Smudge getting snuggly in their new home

Our Community Neutering Officer Yvette Malone works in the area to inform and educate the local community about the benefits and importance of neutering. Yvette assists owners in getting their cats neutered as well as working to reduce the unowned cat population through helping cats living outdoors in the Forth Valley area.

The case of Korvo and Smudge, who were discovered in a garden hedge, proved particularly tricky as the mother was so wary of humans that she and the kittens would run away if anyone came near.

“Luckily, we were able to trap the kittens and bring them in to the foster care of our West Lothian Branch while they were young enough to be successfully socialised,” said Yvette. 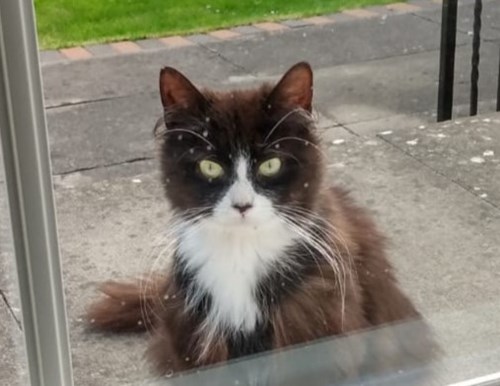 “The mother cat was so wary that she proved extremely difficult to trap. I tried different styles of traps and everything from catnip to rotisserie chicken to entice her, patiently waiting out of sight hoping she would go in.

“Eventually, the effort paid off and I managed to catch her using a manual trap with a long string attached, this allowed me to activate it from quite a distance. It was such a fantastic feeling knowing that we could finally get her neutered and treated at the vets.” 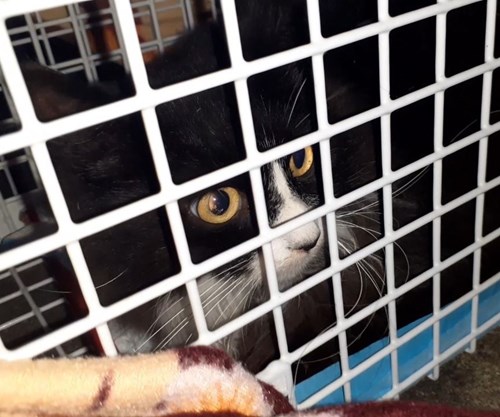 The feral mum successfully trapped ready to be neutered

The mother was immediately taken to a local vets to be checked over, neutered, tested for diseases and vaccinated before she was returned to the original site. Because adult feral cats are fearful of humans and have passed the socialisation period they cannot be homed. Instead they are trapped, neutered and returned to their territory where they feel safe and their welfare can be monitored.

Cats are prolific breeders and can get pregnant from as young as four months, producing up to 18 kittens a year. Unneutered males are prone to fighting over territory, leaving them susceptible to picking up diseases such as feline immunodeficiency virus (FIV) and feline leukaemia virus (FeLV).

As well as risky for the cats, feral colonies that spiral out of control can also be a nuisance to their community. 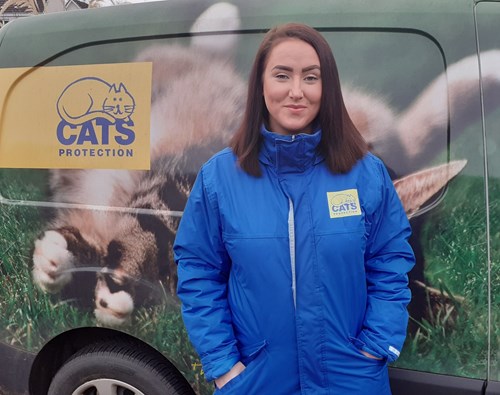 Yvette said: “The importance of neutering cats cannot be overstated, the benefits to the cats and the community are fantastic. This cat will no longer have to go through the burden of continuously having litters of kittens outdoors and will now live a much healthier and happier life.”

“As well as helping to control the unowned cat population, our community outreach programmes are also there to support cat owners who may not be able to afford neutering, with subsided neutering available. We are here to help local communities understand the benefits of neutering and to hopefully make a long lasting change to cat welfare in the area.”

Kittens Korvo and Smudge have now been successfully rehomed together and are very settled with the new family. They’re also behind day 24 of the Cats Protection Catvent Calendar which has been appearing on our Facebook, Twitter and Instagram pages and in supporters’ inboxes this month. 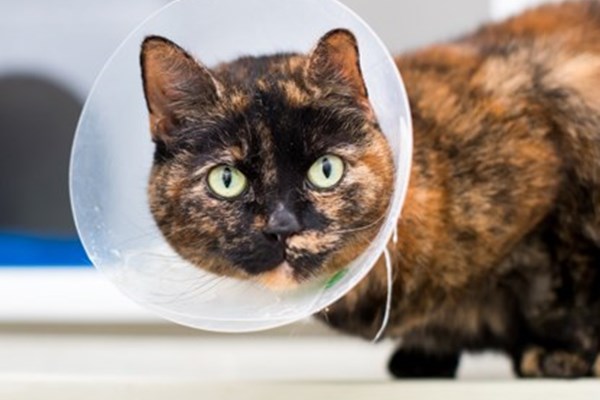 How many cats are there in the UK?