A Sussex family is urging people to look before they lock their sheds and garages, after their cat was locked in a neighbour’s shed for five days.

“It was sunny and Mia had spent the day in the garden,” said Karim Khassal from Crawley. “She doesn’t wander so it was out of character when she didn’t come home in the evening. 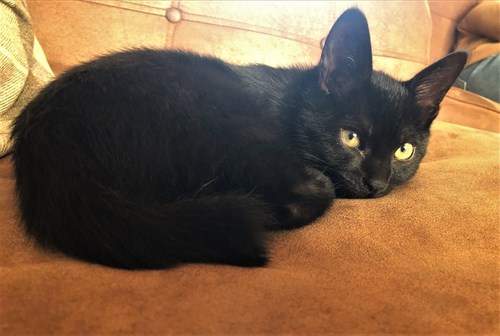 “The roads around here can be quite busy so we feared the worst, but something drove me to walk the streets looking for her.”

Mia has been a much-loved cat after she was mis-sold at only four-five weeks old, the innocent victim of a misleading online advertisement.

Karim and his family mustered all efforts to find Mia. They posted alerts on local social media groups, pasted appeals on lampposts, notified the microchip company and went door-to-door with leaflets asking people to check their garages and sheds. 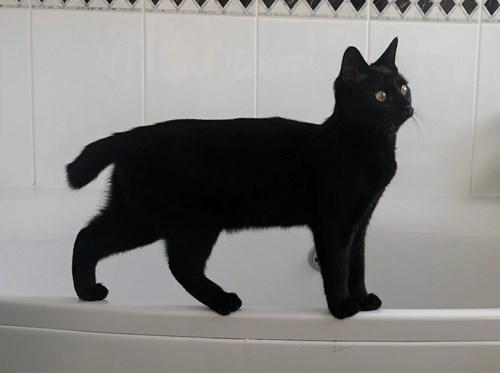 “We were beside ourselves with worry, the whole family,” added Karim. “We know that even the most homely cats can be tempted to wander when the weather is good, which is why I knocked on so many doors, some twice, asking them to check their sheds.”

As Mia has only half a tail and is very friendly, Karim hoped her distinctive look would make her memorable to anyone who spotted her. Despite their best efforts and getting word out among Crawley’s Facebook cat groups, poor Mia was still not home after five nights away.

Them, early one morning, Mia’s pitiful cries were heard and the race to rescue her began. 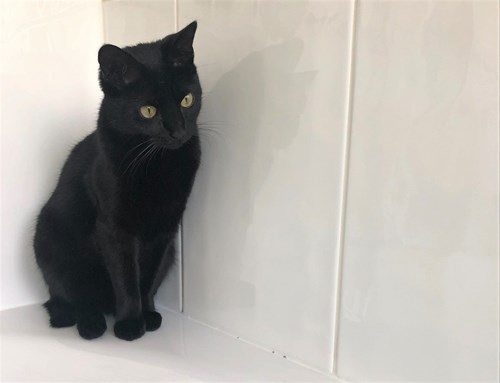 “My mum rushed to the neighbour’s house and banged on the door. We had knocked previously but they hadn’t been home. I even posted a leaflet through their door but presumably they didn’t check their shed. If mum hadn’t heard Mia and been quite persistent at the door, Mia could have perished there.

“I hate to think that she was locked in all that time. She must have been so scared and was clearly very hungry and thirsty when she came home. She doesn’t normally drink water but immediately lapped up a whole bowl. We took her to be checked by our vet and thankfully she was given the all clear and is just happy to be home with her buddy Milo. 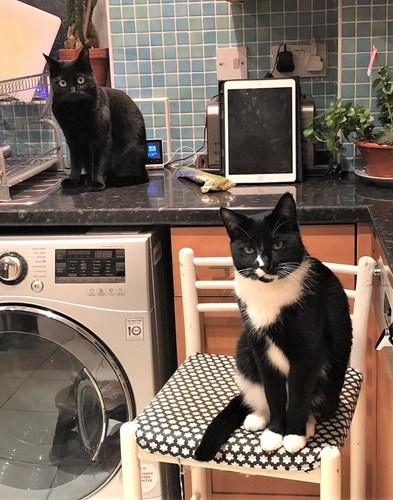 “I hope people take note and remember to look before they lock. We were lucky. It could have ended much worse. I wouldn’t want another family or another cat to go through this.”

Mia’s story has a happy ending but of the thousands of cats reported missing every year, many have been accidentally locked in outbuildings. Spring and summer can be tempting times when people open their sheds to do a spot of gardening or to take out garden furniture.

To help people to remember to check sheds and garages for cats before shutting the door we have produced a downloadable ‘Look before you lock’ door hanger as a handy reminder.

“Cats are notoriously curious creatures that like to investigate their surroundings,” said Nicky Trevorrow, Cats Protection’s Behaviour Manager. “They also tend to wander further when the weather gets warmer and an open shed or garage can be too inviting to pass by.

“The risk is that they go unnoticed and when the door is closed they become trapped, often for many days without food or water and possibly surrounded by garage or garden products that can be toxic to cats.

“We’re encouraging people to have a final check of their sheds and outbuildings before locking them. Whether storing away garden furniture or stashing bikes or tools, take that last look. Rattle things around in case a cat is hiding. Something so simple could save a cat’s life.”

Find more advice on how to keep cats safe outdoors. 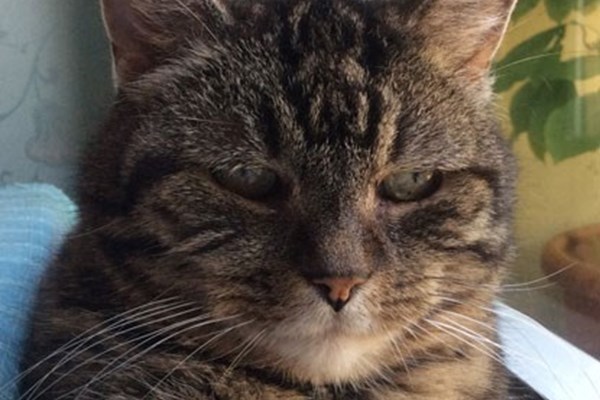