The latest video in the Simon’s Cat Logic series deals with the topic of catnip – the plant that cats go crazy for.

Simon explains that his tabby Maisy was the inspiration for his catnip animation, as she would go completely loopy for two catnip plants he put in his garden. By chewing the leaves and rolling around on top of them she decimated the plants, prompting him introduce a rotation system to give them a chance to recover.

Cats Protection’s Behaviour Manager, Nicky Trevorrow, explains that catnip is a perennial herb that comes from the plant catmint or Nepeta cataria. It’s the chemical nepetalactone that causes cats’ curious response, but it is often short-lived and does not cause them any harm. Nicky goes on to show how catnip can be used to encourage your cat to use their scratch post and reveals what percentage of cats are affected by the plant.

You can then watch Simon’s adorable animation showing his cat going gaga for a catnip toy and causing all sorts of havoc in the process. 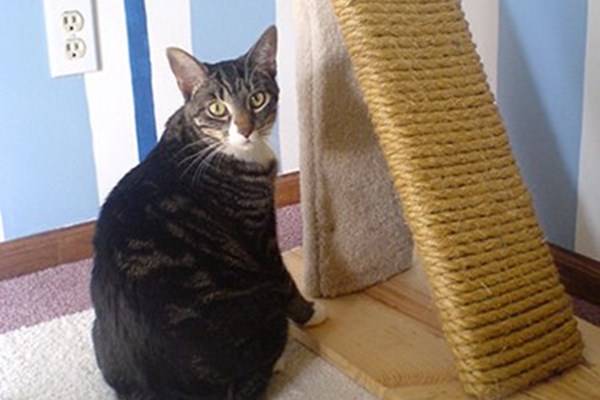