David has combined his love of America with his love of cats and committed to embark on the 2,280 mile run, the equivalent of pounding the asphalt along the historic decommissioned road from Chicago to Los Angeles, to raise money for our Taunton Branch. 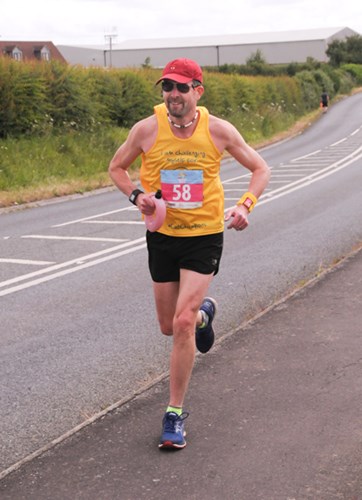 Although David will be taking in local Taunton landmarks as he runs between 10 and 20 miles each day, his journey will be boosted by updates from The Conqueror app and website. 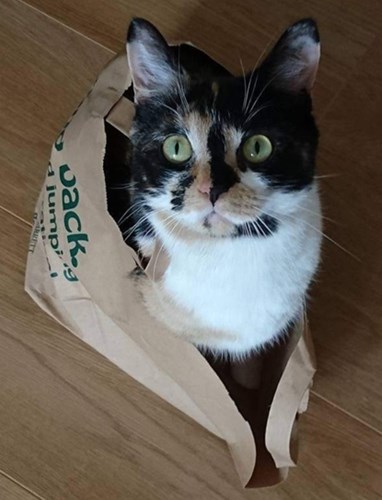 Despite having been to the United States three times, David and Emma have not yet visited many of the sites on the famous road and are planning a coast-to-coast road trip in the future.

David explains: “I chose the Route 66 challenge because of the location, my love of America and of course my love of cats.

“I particularly wanted to raise money for Cats Protection because I know it’s been difficult for them over the past year. I’ve been doing various events and virtual runs to help with funds. I even got Emma to shave my head last year much to the amusement of our neighbours! 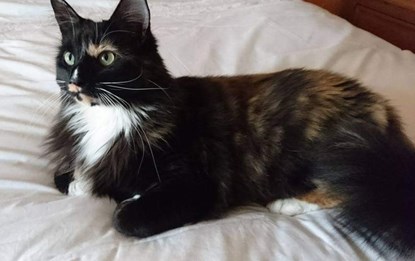 “Of the places along my route, I can't wait to get to the 20% mark, as that's the Mark Twain National Forest, so I should get a virtual postcard from there. Then passing the 60% mark will be amazing as it’s in Albuquerque and I love Neil Young’s song with the same name!

“I’ll also pass the Mojave National Reserve, before finally reaching the finishing line in Santa Monica after running through LA.

“Being a complete film buff, I have a lifetime dream to see a film in the Chinese Theatre in LA, along with seeing all the stars in the pavement on Hollywood Boulevard.

“So this run not only raises money for a cause that’s close to my heart but keeps me dreaming of when we can finally drive on those long highways and interstates for real.” 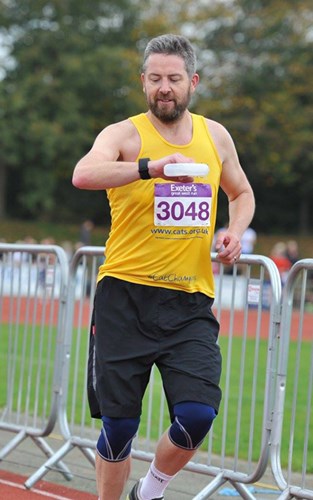 Ann and David Manners are joint coordinators of our volunteer-run Taunton Branch which will benefit from David’s run. Ann says: “We’ve been so impressed and inspired by David’s virtual Route 66 adventure, what a brilliant idea.

“We’re extremely grateful that he’s chosen to raise money for us as we had to pause all our face-to-face fundraising when the first lockdown happened. Like everyone, we never imagined it would go on this long.

“With David’s help we can not only continue to find new homes for unwanted, stray or feral cats and kittens but once restrictions allow we’ll be able to resume our trap, neuter, return work which keeps cats in local feral colonies at a minimum. 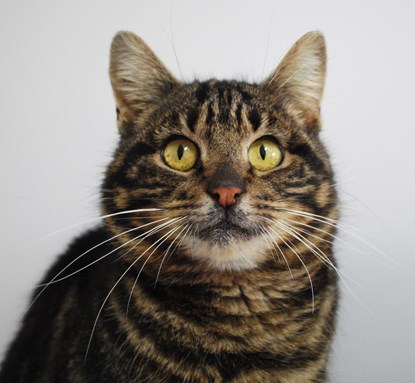 Maddie in the care of our Taunton Branch

“The money David raises will help cats like Maddie, a beautiful, three-year-old friendly tabby who was recently found as a stray at a farm in Wellington trying to fend for herself and join a group of cats who live there. Luckily the farm was able to take her in temporarily.

“She has needed quite a bit of veterinary treatment, which is ongoing at present, but we will look after her and ensure she’s in her best possible health as well as vaccinated, microchipped, neutered and up-to-date with her flea and worm treatments before finding her a new loving home.”

To help David beat his £400 target you can sponsor him via his JustGiving page.

If you’re keen to take on your own challenge for Cats Protection, find out how you can get involved here.