Eight-year-old Harley smashed his fundraising target to raise £1,000 for a poor cat needing surgery in Coventry

Schoolboy Harley Cuttiford has completed a sponsored ‘rampathon’ at Bedworth Skate Park after hearing about a cat in need at Cats Protection’s Coventry Branch. 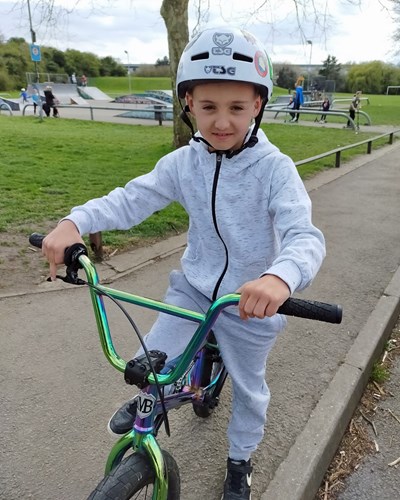 Harley’s mum Debbie volunteers for the branch and told him about eight-year-old Twinkle, whose owner had to go into a care home and could not take her cat with her.

When Twinkle arrived at the branch, volunteers noticed she had a lump on her back which needed veterinary attention. The surgical investigation revealed the lump to be much larger than expected, resulting in a more invasive operation than predicted which included a sizeable incision and longer recovery. 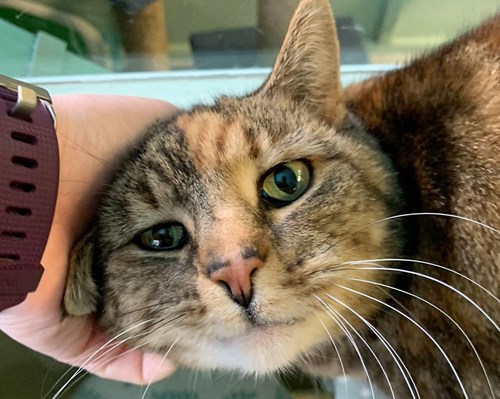 Twinkle needed surgery to remove a lump from her back

Harley heard about Twinkle’s ordeal and the mounting vet bills, which exceeded £700, and decided to help with the costs himself. He was especially moved by Twinkle’s ordeal because his own cat, Remi, is one of his best friends.

During lockdown, while he was unable to see his other friends, Remi and Harley spent long periods together playing around the house and if Harley was feeling low, it was his beloved Remi who listened to his problems. Harley even reads out loud to Remi in the evenings, so the pair can wind down together for bedtime – Dirty Bertie by David Roberts is their current favourite. 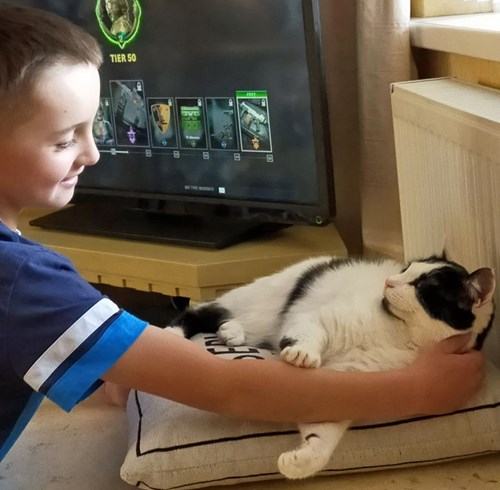 Harley and his best friend Remi have been inseparable in lockdown. Credit: Debbie Cuttiford

“I love Remi and was really sad when I heard about Twinkle,” said Harley. “I’m really happy to have helped her and the other cats too. It wasn’t hard to do the skating in the end so I did it in all in one go.”

Harley set himself the target of completing 500 ramps on his skateboard and BMX, hoping to raise £1 for every ramp to make a total of £500. Debbie originally thought it would take him a full weekend, but once he started he completed all 500 in under four hours.

Harley’s focus and hard work paid off. He has raised £1,060 to date, which includes a donation from Australia! 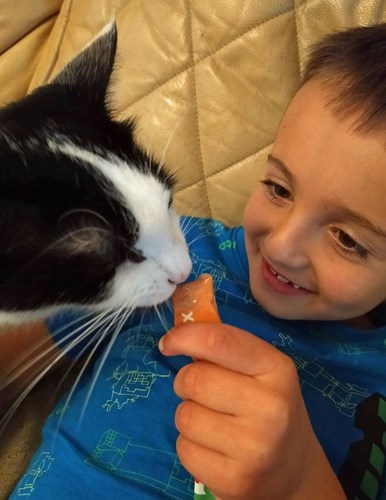 Harley combined his love of cats and skating to fundraise. Credit Debbie Cuttiford

“Harley’s dad and I are incredibly proud of him,” said Debbie. “He spends as much time as he can at the park, it’s his real passion and so it was an obvious choice to combine the things he loves, cats and skating, when he said he wanted to help Twinkle.

“I don’t think he really realises how amazingly he’s done and what a fantastic amount of money he’s raised. He’s so laid back, he just takes things in his stride. When he heard about Twinkle it was completely natural for him to work out what he could do to help and just do it. We really are so very proud.”

If you would like to make a donation towards Harley’s fundraising efforts, you can make a payment via PayPal to coordinator@coventry.cats.org.uk or email that same address to get the branch’s bank details and make a payment labelled ‘Harley’.

Although Twinkle’s vet bill has been settled thanks to Harley and she has recently gone to a new loving home, each month the branch’s veterinary care costs average around £2,500 and so any extra funds will be used for other cats in the branch’s care.

For support in creating your own fundraising challenge for Cats Protection, visit https://www.cats.org.uk/support-us/events/challenge-events to find out more.

Online streamers get creative to raise money for cats