Jayne Swan was delighted to receive a call from Cats Protection to say that her seven-year-old cat was safely in their care, 11 months after he had gone missing. 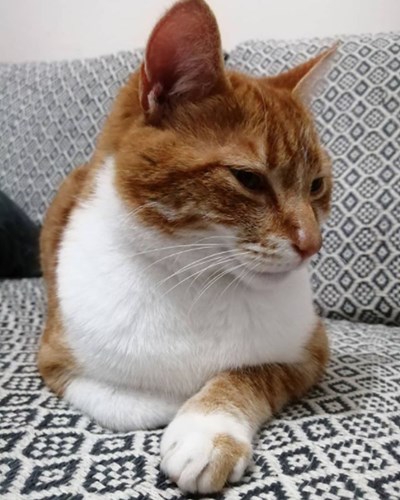 Scarab is finally back home after his adventure. Credit: Jayne Swan

Scarab, who high-fives Jayne when she holds her hand up in greeting, was originally adopted from the centre at 13 weeks old. He went missing on 17 September 2020, not long after Jayne had moved from a more rural area into the busier outskirts of the city. 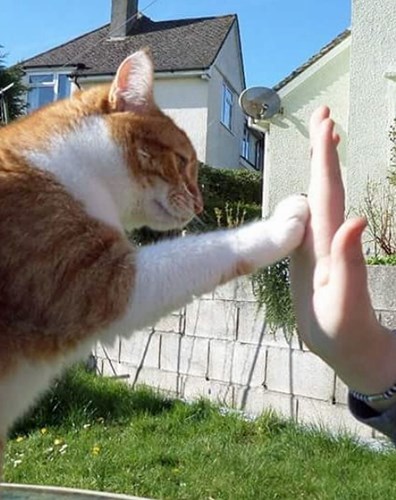 Jayne’s illness and accompanying poor eyesight made a home with good transport links vital to maintain her independence but the move proved a shock to Scarab. The beloved cat had a fear of cars after a road traffic accident when he was a year old which led to the removal of his hip.

Jayne explains: “After I moved because of my illness, I bought Feliway, boarded up the cat flap and kept Scarab and his sister Katniss safely in the kitchen, with a plan to keep them in until they adjusted.” 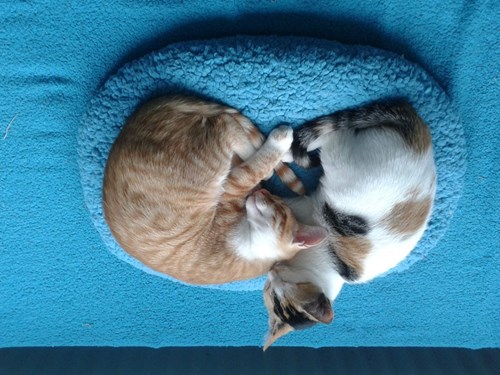 Scarab and his feline friend Katniss curled up for a nap. Credit: Jayne Swan

Unfortunately, just over two weeks after Jayne moved in and was preparing to let the cats explore their new neighbourhood she discovered a problem with their new cat flap. She blocked the cats’ exit once again until she could fix the malfunctioning device but both moggies escaped that night and got locked out. Jayne was woken by the sound of Katniss trying to get in but there was no sign of Scarab.

“I searched and searched, but couldn't find Scarab anywhere,” adds Jayne. “I was beside myself that my little companion had vanished. Day after day I looked for him at all hours, I asked everyone I saw. I handed out leaflets, I put posters up, I put items with his scent on in the garden, I posted on social media, I made sure his microchip was up to date, I called my insurance company and all local vets – I tried everything. Whenever there was a potential sighting I drove to check whether it was him and after I had to give up my car because of my eyesight I went by bus to try and find him. 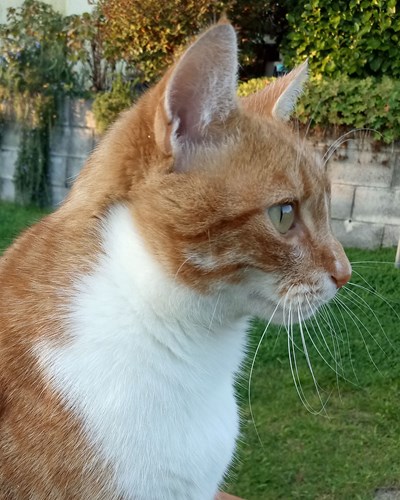 Scarab's microchip helped get him back home. Credit: Jayne Swan

Jayne’s faith that Scarab would return to her was realised when she received a call from Gareth Williams, the Deputy Manager of our Cornwall Adoption Centre. He explained Scarab had been found by a lady who contacted the centre. Once in care he was scanned for a microchip and the chip held Jayne’s details, meaning the pair could be reunited. 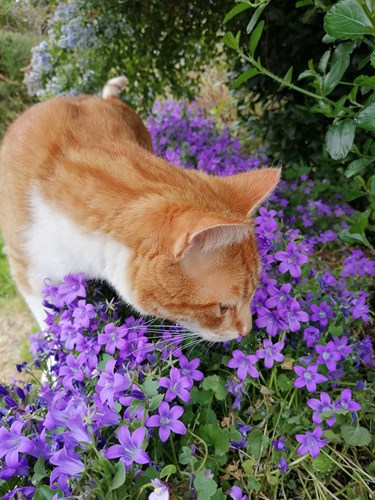 Microchipping is a safe and permanent way to identify your cat. Credit: Jayne Swan

“I don't think I believed Gareth at first when he called to say they had Scarab,” says Jayne. “I was shocked and don't remember much of the call. I burst into tears and arranged to collect him right away. I’m so grateful to everyone at the centre and to the lady who found him. He was only two streets away from me and may even have been there all the time I was looking for him. He’s settled at home now and is not allowed near the cat flap! Luckily he remembers me and still knows how to high-five, a trick that I taught him before he went missing. I’m so glad I had him microchipped, I might never have seen him again otherwise.”

Madison Rogers, Cats Protection’s Senior Advocacy & Government Relations Officer, says: “We’re always delighted when we can help reunite cats and their owners but these happy endings are rarely possible unless a cat has been microchipped and the owner’s details linked with the chip are kept up to date which means we can easily get in touch when a cat like Scarab goes missing.

“We’re really grateful to players of People’s Postcode Lottery who helped enable our campaigning work this year. We believe it’s vital that microchipping owned cats becomes compulsory across the UK and will continue to liaise with the government on this issue which would provide cats with the safety that we already give to dogs.”

To find out how to microchip your cat, take a look at our microchipping guide.

Scavenging cat reunited with owner thanks to microchip

How to train your cat to sit on command